Why Conventional Methods to End Poverty Have Not Worked 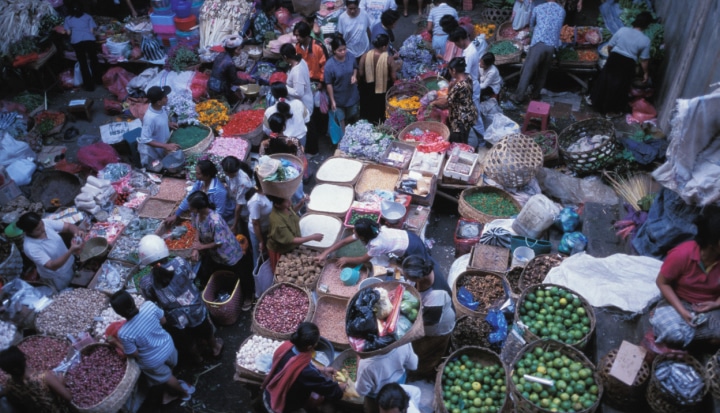 Why Conventional Methods to End Poverty Have Not Worked


Rather than approach the problem directly, most large-scale, rich-nation efforts to end global poverty have employed indirect methods to eradicate poverty.

This is the second in a six-part series on the fight against global poverty adapted from The Business Solution to Poverty: Designing Products and Services f..., by Paul Polak and Mal Warwick.

It’s difficult to imagine a more ill-conceived effort than the global fight against poverty.

What’s wrong, you ask? Better to question what’s right about it. In the course of writing our new book, The Business Solution to Poverty, my co-author, Paul Polak, and I catalogued six distinct reasons why the world’s effort to eradicate poverty has failed so resoundingly. Here they are:

Reason 1: Most Anti-Poverty Programs Are Planned by People Wearing Suits in Air-Conditioned Offices

It’s rare that any well-funded effort to address the challenges of poverty is conceived either by poor people themselves or by those who, while not poor, are intimately familiar with the conditions and possibilities of life among the poor.

In fact, much of the time, the planners are foreigners—typically American or European—who may not even speak any of the local languages. Even when anti-poverty programs are designed by natives of the country where they’re to be carried out, it’s unusual for them to know much more about the poor in their own country than the foreigners do. And they may well not speak the same language as poor people. In most emerging economies, the gap between the educated middle and upper class and those living on $2 a day or less is vast. It’s a gap that’s rarely crossed.

Top-down development programs administered by governments, international agencies, foundations or big NGOs rarely work because they’re so vulnerable to government corruption, bureaucratic inaction, the distance between the planners and the supposed beneficiaries and both distrust and a lack of interest on the part of people who live at the grassroots.

True development, as evidenced by meaningful, community-wide lifestyle changes, comes almost exclusively through the mechanism of the market, as growing numbers of individual poor people make conscious decisions to take advantage of new products, services and ideas that they come across at the grassroots level – and as they take what they produce to sell in the market to rich and poor customers alike.

Reason 3: Efforts to Eradicate Poverty Have Only Rarely Been Directed at Poor People or the Challenges They Face

Rather than approach the problem directly, most large-scale, rich-nation efforts to end global poverty have employed indirect methods. Instead of working with poor people, they seek to change the economic environment in one or more of the following ways:

Each of these overlapping efforts has typically yielded a reduction in poverty that’s been negligible at best—and even negative at times. Most such programs end up primarily putting money into the pockets of tiny ruling elites. Since trickle-down economics simply doesn’t work, the poor rarely benefit.

Building infrastructure – the World Bank’s long-time favorite mission – allows top government officials to award construction contracts to their friends and supporters, often with kickbacks in return. Unfortunately, massive foreign aid is often diverted to armies and police forces to preserve the power and hidden bank accounts of ruling elites, to the disadvantage of the country’s poor people.

Reason 4: Giveaways Breed Dependence and Self-Doubt Instead of Social Change

Philanthropy isn't the answer. You can’t donate people out of poverty: they have to invest their own time and money in bettering themselves. And “teaching a man to fish” may not be the answer, either, especially if you give him a fancy fishing rod and tackle as gifts at the end of the training and expect he’ll turn his life around without further ado.

Much better to set up a loan program and sell him the fishing gear over time, because he’s unlikely to accept that loan unless he’s serious about fishing.

Even the most promising and cost-effective conventional development projects, and there are many of them, fail to make real headway against poverty because there is never enough money – either from governments or philanthropists – to take them to scale.

Both government officials and philanthropists typically want their names attached to high-visibility projects. They tend to shun the long-term, behind-the-scenes efforts required to foster changes in fundamental attitudes among the poor. (In some cases, particularly in countries ruled by authoritarian governments, attitude change is the very last thing anyone in power would want!)

And even Bill Gates, with $70 billion at his disposal, has referred to his wealth as a drop in the bucket in our $75 trillion global economy.

Reason 6: Anti-Poverty Efforts Have Been Scattershot and Uncoordinated

Far more than a thousand flowers bloom in the world’s ongoing campaign to end poverty. Every foreign aid program, every UN agency, every NGO and every social entrepreneur has a unique mission and strategy.

Despite the severely limited funds available, money is thus squandered on a great diversity of uncoordinated, small-scale efforts to address every problem under the sun. Most of these are worthy, and they’re almost always well intended – but improving hygiene in one village, building a library in a neighboring one and starting a microloan program in a third is hardly an intelligent way to reduce the incidence of poverty in that region.

NGOs and growing numbers of social entrepreneurs are investing enormous amounts of time and energy in such projects. The impact of their efforts could be multiplied many-fold if they could set common priorities and focus squarely on the fundamental challenge: global poverty.

If traditional methods have failed to eradicate poverty, how can the business sector out-do the foreign aid agencies, the UN, the NGOs, the faith-based organizations and the small-scale social entrepreneurs? That’s the question I’ll tackle next week.

This blog was previously published on CSRWire and is reproduced with permission.