Lessons for the Bangladesh Garment Sector 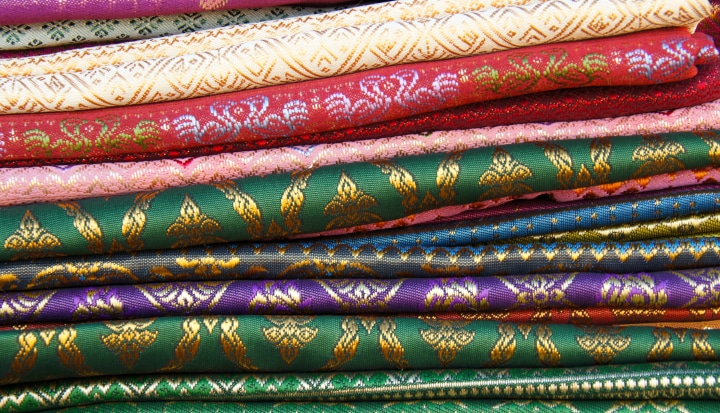 Lessons for the Bangladesh Garment Sector


In the months since the Rana Plaza factory collapse in Bangladesh sparked a drive to address worker health and safety in the garment sector, I’ve been suffering a severe case of déj? vu.

Here’s how it has played out: high-profile exposure of human rights abuses, coupled with intense lobbying by civil society, causes international brands and retailers to take action. They come together to agree to a certification scheme, the details of which are unclear. The U.S. Government throws its weight behind the initiative, but differences between European and American stakeholders divide it.

This roughly summarizes the recent series events leading up the signing of the Accord on Fire and Building Safety in Bangladesh and the related North American agreement, the Alliance for Bangladesh Worker Safety. However, it could just as easy describe a totally different context: efforts by the global confectionery industry to address labour abuses in the West African cocoa sector.

A decade ago, the cocoa industry faced a crisis when the use child and forced labour in Ghana and Côte D’Ivoire was exposed. At first, companies took a parallel path to the Accord and Alliance, focusing on certification of cocoa-producing areas and the formation of multi-stakeholder initiatives (MSIs) such theInternational Cocoa Initiative and the International Cocoa Verification Board, (both spurred by the signing of the Harkin-Engle Protocol).

Since these early days, industry has evolved far beyond this starting point, shifting focus from certification to development initiatives that seek to build the overall sustainabili.... Signatories to the Bangladesh Accord and Alliance would do well to take lessons from earlier MSIs into account as they plan future actions.

There are many other MSIs working at the nexus between global business and development, including theBetter Cotton Initiative (BCI), the Roundtable on Sustainable Palm Oil (RSPO), and, for the sugar industry,Bonsucro. I’ll focus on cocoa and garments, where I have been most intimately involved; however, many of the same lessons apply across sectors.

Involving national governments is one of the most challenging areas for MSIs, for a very logical reason: voluntary private sector initiatives largely act to fill voids in government capacity or political will to address human rights and development. As I’ve noted, it is not yet clear how the Bangladesh Alliance and Accord will coordinate with government institutions.

This approach can backfire. MSIs that do not include a formal mechanism for government coordination risk running out of sync with national policy. For instance, few of the early cocoa MSIs took into account the influence that the Governments of Ghana and Côte D’Ivoire played through on the lives of cocoa farmers through their monopoly of national cocoa sales. The RSPO, after going through great lengths to establish an independent certification system for ..., found that the Indonesian government decided to set up a competing system. In the case of the garment industry, Bangladeshi industry associations have set up separate health and safety schemes in the wake of the Accord, leaving factories to contend with no less than three schemes. Regardless of context, the government is a necessary player to establish and enforce best practice in country.

The optimal balance seems to be to include governments without letting them dominate the initiative, as has been the case with the Kimberly Protocol, a state-led certification process to eliminate trade in conflict diamonds, also known as “blood diamonds”. Here, a limited definition of conflict diamonds, combined with a reliance on states to self-monitor, has led some of the initial founders, such as Global Witness, to withdraw in protest.

It’s a cliché in the sector to say that social audits are no guarantee of good practice on the ground, and the same is true of any certification scheme. Nonetheless, every MSI from garments to gold seems to include one because it presents a way to standardize due diligence.

The Alliance and Accord have not yet developed their certification schemes, and do have the advantage that structural and fire safety are much easier to audit then other social standards; a safe building will likely stay safe, child labourers may be gone one day and back the next. Still, evidence from previous MSIs suggests that real achievements will be stymied if broader social and economic conditions are not addressed.

Likely challenges for the Alliance and Accord echo those in the cocoa sector; for example, migration. For Ghana and Côte D’Ivoire, the issue is largely one of cross-border migration and trafficking from neighbouring countries. In Bangladesh, it one of internal migration, often of women who have received little to no literacy or numeracy in their home communities- reducing their performance at work and the overall growth of the sector. Migration, discrimination, corruption, the politicization of worker unions- these are issues that certification does not directly address, but are integral to the initiatives’ long-term success.

As I’ve written before, failing to tackle gender dynamics head on not only lead to noncompliance issues, but also missed opportunities for growth. This is certainly the case for both cocoa and garments.

As Capturing the Gain’s Dr.Barrientos points out, West African women are responsible for activities, such as drying, that most inf...- meaning that any MSI that doesn’t explicitly target women risks underperforming. In Bangladesh, women represent 82% of the labour force, but rarely rise to supervisor level and are subject to widespread harassment. In each case, widespread gender discrimination presents a very real barrier to improving standards within the sector.

Accord and Alliance leaders need to apply a strong gender lens to their planning. If they are engaging with unions, do they really represent women? If workers’ committees are formed, are women in leadership roles?

It is still early days for the Alliance and Accord, and the opportunity still exists to recognize and to build on the experiences of earlier initiatives. By involving national governments, going beyond certification, and empowering women, the Accord and Alliance will have a real chance at creating lasting change in the Bangladesh garment sector.