Helping to Change the Lives of Disadvantaged Girls 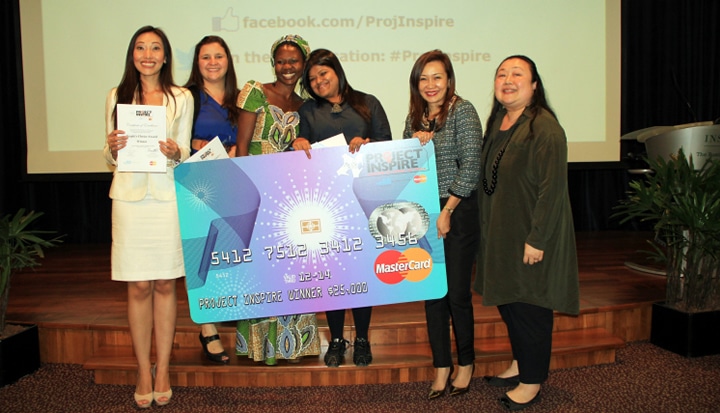 Helping to Change the Lives of Disadvantaged Girls


The 2013 chapter of Project Inspire: 5 Minutes to Change the World finally came to a close on 30 August with a total of US$45,000 in grants awarded to three well-deserving projects put forward by young and inspiring changemakers from India, Uganda and the United States.

I met this year’s finalists for the first time at the welcome dinner which kick-started the four-day program we’d planned for them leading up to the Grand Finals event. I was immediately taken by their enthusiasm. Despite their varied cultural backgrounds, the group had one thing in common – their passion to empower and improve the lives of marginalized women and girls. It was a heartwarming sight - this group of young changemakers coming together to share their experiences and exchanging notes about their respective causes and challenges that they faced.

The finalists also participated in a number of enriching sessions and activities during their stay in Singapore, including a mentoring session with representatives from notable corporations such as BP, P&G, Standard Chartered and Thomson Reuters. They also attended workshops with Bain & Co and INSEAD Asia’s professor of Strategy, Jasjit Singh.

These sessions helped prepare the finalists for the Grand Finals which was held at the INSEAD Asia Campus in Singapore. Each of the ten took turns to showcase their women’s empowerment projects in a 5-minute presentation to a panel of judges. From helping widows in Afghanistan run home-based computer programming businesses to training disabled women in Uganda, the finalists impressed all with their innovative projects and captivating presentations.

The judges had a tough decision to make. After much deliberation, the judging panel made a surprise move by picking not one, but three award winners with MasterCard putting forward two additional US$10,000 grants -- the first ever Project Inspire Inspiration Award and the Project Inspire Global Reach Award, in addition to the Grand Prize of US$25,000.

PROTSAHAN India won the Grand Prize of US$25,000 for its winning project Creative Street Micro-Entrepreneur, which provides skills training for young girls at-risk from slum areas in New Delhi in the areas of photography, design art and theatre. Led by the founder of PROTSAHAN India, Sonal Kapoor shared her compelling story at the Grand Finals (you can catch her five-minute pitch here) and won the hearts of the judges.

Giving up her job as a corporate filmmaker to start PROTSAHAN at the age of 23 in 2010, Sonal and her organization have since touched the lives of close to 1,000 young, at-risk girls in India. On winning the grant, Sonal said, “We are very grateful for the grant and humbled by the recognition that Project Inspire judges have given our project. We believe that this grant will help us do even more to help this community.”

The Project Inspire Global Reach Award went to Global Press Institute (GPI), which trains underprivileged women in Bangladesh, Morocco, Papua New Guinea and Tunisia to become journalists. Cristi Hegranes, a 32-year old American journalist and former foreign correspondent, started the organization seven years ago, which has since employed more than 100 women across 26 countries around the world.

In addition, the ILaw ng Tahanan project by The Shelter Foundation led by Margarita Gutierrez from the Philippines garnered the largest share of public votes and was named the winner of the Project Inspire People’s Choice Award.

It’s been extremely encouraging to see such fervor, passion and commitment in these young changemakers. I firmly believe that empowering women in the areas of education and business skills will go a long way to improving the lives of many communities over the longer term.

For more updates on the progress of the winning teams in the months ahead, do stay tuned to Project Inspire’s blog and social media channels.

All four winners with co-creators of Project Inspire, Georgette and Trina (from left to right)

Cristi Hegranes, from the Global Press Institue who won the Project Inspire Global Reach Award of US$10,000;

Susan Asio, representing Beekeeping for Young Disabled Women who was awarded the Project Inspire Inspiration Award of US$10,000;

Sonal Kapoor, leading the PROTSAHAN India team who was crowned the Grand Prize Winner of US$25,000 grant;