We Won’t Take This Lying Down: Women, Business and Equality in 2019 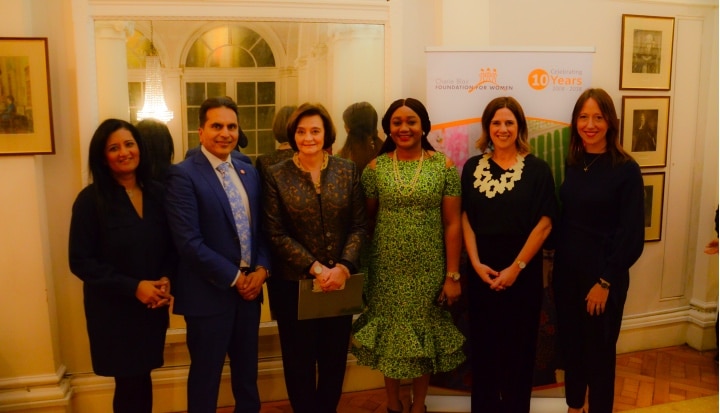 The Cherie Blair Foundation for Women has launched a new organisational strategy with an ambition to empower 100,000 more women and girls to fulfil their potential as entrepreneurs in the next four years. But why is this focus important and what does the roadmap towards getting there look like? ​


Based on the current rate of progress, it will take 202 years to close the economic gender gap globally, according to research from World Economic Forum. And so, it was with trepidation that I stepped into the University Women’s Club, London, to learn more about how the Foundation intends to close the gap, faster.

If we are to accelerate the pace of women’s economic empowerment, what solutions are needed?

Steered by Geeta Guru-Murthy, BBC Presenter and Journalist, a diverse panel set out to explore this question, responding with tangible ideas:

The focus moved onto the role of the press and social media. Geeta Guru-Murthy noted the treatment of high profile women, as fluctuating between “building them up and tearing them down” - a ‘race-to-the-bottom’, as described by Cherie Blair. In the wake of the murder of Jo Cox, we cannot ignore this culture as we see how aggressive behaviour online can translate into violent actions.

Helen McEachern, CEO, Cherie Blair Foundation for Women talked to me about the impact of rising populism. We have seen social media working with an issue and having the power to create an attitude shift quickly, especially in relation to sexual harassment, such as the #TimesUp and #MeToo movements. But now the conversation around these issues is flowing not only from high profile women, but also across the social spectrum - including the women whom the Foundation works with directly. For Helen, this raises a question: “Businesses, like the government, in different ways have a chance to set standards,” so what is the role of women owned enterprises in shaping the business landscape of the future?”

Plan International reports that young women represent the majority of the 628 million young people aged 15-24 who do not a job nor an education, and so the new organisational strategy at the Foundation is working to combat the increasing need to provide sufficient employment opportunities for women and adolescent girls living in low and middle income countries. Road to Growth Nigeria participant and Co-Founder and COO of Recyclepoints, Chioma Ukonu, is one woman who has benefitted from the guidance of the Cherie Blair Foundation for Women “I learnt to be more accountable with investment; business financials were a challenging aspect to running my business but through the Foundation’s programme, I became more confident in talking about financials and planning out my organisation structure. I’ve made something from nothing – literally trash. It’s vital to encourage women to enter new sectors and sectors traditionally seen as masculine like waste management. We need to nurture women’s creativity to bring about innovations in all sectors.”

The Foundation is on a path to #redefinethefuture. On this, the organisation’s founder, Cherie Blair says: “The women we support aren’t just entrepreneurs – they are pioneers, role models and change-makers. Their work has helped their families to prosper, their communities to thrive and even, economies to grow. Broader than our work, we don’t yet know what could be accomplished if women and girls had economic equality – because no country in the world has achieved it. But research suggests the potential for social change and economic development is on a scale beyond our imagination. Women entrepreneurs could open new frontiers in every field of business, bringing us closer to solutions for the world’s most pressing problems and transform the way we live our lives. We must help to release the potential of women and in doing so they will re-define the future.”

Learn more about how you can accelerate this vision by visiting cherieblairfoundation.org or contacting the Foundation at [email protected] for more information.