Time to Unstereotype? How Brands Are Reimagining Gender Norms Beyond the Screen 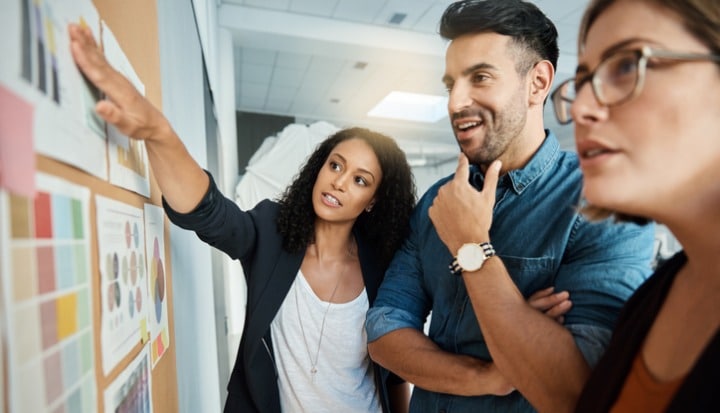 We’ve seen for so long a familiar dialogue running through advertising where gender stereotypes are reinforced time and time again. But with the likes of Skol’s REPOSTER, Nike’s Dream Crazier and Sport England’s ThisGirlCan challenging female stereotypes, there is a clear development towards a new narrative.


“These images are part of our past … but the world has evolved, and so has Skol. This doesn’t represent us anymore.” Now that's something refreshing.

Skol’s reimagined campaign employs female artists to tear down and reinterpret their typically sexist branding in a truly literal sense.

We’ve seen for so long a familiar dialogue running through advertising where gender stereotypes are reinforced time and time again. But with the likes of Skol’s REPOSTER, Nike’s Dream Crazier and Sport England’s ThisGirlCan challenging female stereotypes, there is a clear development towards a new narrative. Women and girls are being celebrated in their multiplicity and despite there still being a way to go, we do seem to be moving away from the likes of Yorkie's infamous 'It's Not for Girls' campaign or Sprite’s #BrutallyRefreshing ad that was pulled for its demeaning content.

Encouragingly, alongside this challenging of harmful feminine stereotypes, it seems consumers have been calling out for a space where masculinity is also questioned. As the gendered norms of masculinity are changing in society, the ad-makers are changing too.

Lynx (“Axe” outside the UK) has been challenging hyper-masculinity and has stepped away from the notion of the intoxicating power of their aerosols to make any woman fall at a man’s feet. Its 2017 adverts, Find Your Magic and Is It Okay for Guys…, opened up the possibility of a sensitive masculinity, allowing men to reclaim traditionally feminine attributes.

Bonobos Jeans celebrates the literal redefinition of masculinity with its #EvolveTheDefinition ad and Carling’s Black Label in South Africa boldly changed its messaging to shed a light on their own product as the number one excuse used for perpetrators of gender-based violence with #NoExcuses.

However, P&G’s Gillette ad launched in 2019 was by many accounts a game-changer in its attempt to shift this dialogue. Revising their slogan from ‘The Best A Man Can Get’ to ‘The Best A Man Can Be’ was a huge step to accept the responsibility for a brand's wider messaging. Despite this, the ad was met with extensive criticism and quickly made its way onto YouTube’s most disliked videos with 102K dislikes to date. With masculinity playing such a huge part of their brand, it was indeed a bold move and alongside so many other campaigns, critics have slammed Gillette for daring to veer into questioning social issues.

However as brands are defying these critiques, platforms are emerging to support their efforts in spite of the backlash. The Unstereotype Alliance has developed globally applicable "best practice playbooks" that provide the Alliance’s 3P framework – Presence, Perspective, and Personality – to drive change.

According to their site,

The Unstereotyped Content Playbook encourages brands to ask themselves the following questions during the creative process: Who is being featured in the communication? Who is framing the story? What is the depth of the character?

Encouragingly with more and more big names from Unilever to P&G signing up as members, we should be seeing an increased questioning of standard gender norms up on screen with the goal to eradicate harmful gender-based stereotypes in all media and advertising content.

Alongside this, new rules by the ASA have outlawed adverts that perpetuate harmful stereotypes.

The rule came into effect earlier this summer and specific examples have been provided as guidance for media agencies’ consideration. For example, if an ad depicts a man or a woman failing to achieve a task specifically because of their gender e.g. a man’s inability to change nappies; a woman’s inability to park a car, the advert could be flagged as problematic.

Two ads have already been removed under these outlines including a Philadelphia advert where a new father absentmindedly places his child on a moving conveyor belt at a restaurant implying the incapability of fathers to competently parent. Whilst there has been concern that these new guidelines will be too stringent and may go the other way to prevent advertising companies from even considering tackling social issues, might we be missing the real point?

Instead, shouldn’t the question be whether these brands will go further than the screen and challenge stereotypes in the companies themselves?

Dove Men+Care launched a campaign this year to pledge a $1 million commitment to fund dads and their families nationwide who don't have access to paid paternity leave. The wider company Unilever has created alongside this a new standard to give fathers a minimum of three weeks paid leave, which will roll out by the end of 2019 with internal campaigns to encourage men to change the culture around taking the leave.

This seems to be a real example of success where internal messaging mirrors the external story of a brand. Sure, advertising can start important conversations about wider social issues but the real power is when a brand commits to more than a 30-second youtube hit. Where brands have platforms in the ordinary, perhaps this is the perfect opportunity to challenge cultural norms, from the shelves of supermarkets to the desks of those stocking them. Time will tell.