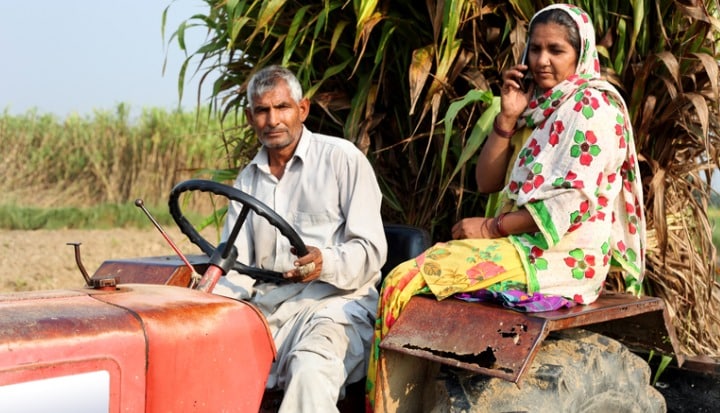 Gender equality in the workplace is an important step in the creation of thriving societies and economies. However, the World Economic Forum’s Global Gender Gap Report 2018 suggests that at the current rate of change, it will take 202 years to achieve economic gender parity globally.

CHALLENGE: How can business advance gender equality across the value chain by engaging men as allies?
Monday October 14 2019


Following international movements such as UN Women’s #HeforShe campaign, there is growing awareness of the need to engage men as allies for gender equality. What is less clear is what this might mean in practice for businesses in their efforts to advance gender equality.

Business Fights Poverty has launched a Challenge, supported by AB InBev and in partnership with CARE USA and Stanford University VMware Women’s Leadership Innovation Lab, to explore how businesses and organizations are advancing gender equality across the value chain, by effectively engaging men as allies.

In an online discussion, representatives from AB InBev, CARE USA, The De Beers Group, Mercer, Promundo, Stanford University VMware Women’s Leadership Innovation Lab and UN Women and other organizations came together to find out why business should engage men on gender equality, gather best practice examples, and consider how business can overcome the many challenges inherent in this task through the formation of collaborative partnerships.

All participants agreed that men’s involvement is necessary to successfully achieve the broader goal of gender equality. Katie Fergusson pointed to research by the Boston Consulting Group, which shows that among companies where men are actively involved in gender diversity, 96% report progress – compared to only 30% if men are not involved. As Nikki Van Der Gaag and  Robert Bakerpoint out, men benefit from a unique position of power and influence to enable change. Men hold the majority of senior positions in business - 475 of Fortune 500 CEOs are men. Men at all organizational levels can also address negative workplace behaviours, for example avoiding bias and “micro-aggressions” to create a working environment in which women can succeed.

Greater gender equality also benefits men, who suffer from gender stereotypes as well - for example in the pressure to be sole breadwinners and to conform to narrow definitions of masculinity. Katie Fergusson reminds us that men in the workforce increasingly want to spend more time with their families, enjoy a better work life balance, and to live in societies which are more peaceful and more prosperous. This is particularly true of the millennial generation. According to Fabio Verani, gender equitable workplaces and communities also benefit men through healthier intimate partnerships, closer and stronger relationships with children, and increased household incomes.

Involving men as allies to hasten gender equality in the workplace will bring benefits for business too, by creating workplaces in which women can contribute their talents fully. Gender equality improves performance; the Credit Suisse 3000 survey shows companies with gender-balanced executive teams outperform those without by 3.5% a year. Additionally, gender equality is a key factor in recruitment and retention of workers -  Ranstad says that 80% of women would leave their current workplace for one with better gender equality.

The online discussion generated examples of many initiatives to improve the awareness of  male employees on the subject of gender equality to transform them into allies.  Getting men engaged in gender equality starts with honest and open conversations with men about why gender equality can matter to (and benefit) them, said Robert Baker. For example, De Beers has implemented workshops for men to share concerns and ask questions with Dr Charles Robbins at Stonybrook University.  Marianne Cooper highlighted data captured through a MARC leadership workshop with 950 senior leaders at P&G to help men understand how gender inequality impacts them and the women in their lives. The feedback was overwhelmingly positive. Of the attendees, 96% acknowledged having more privileges than women compared to 70% before the workshop, and 100% of the men who participated said they have a personal stake in diversity and inclusion and would work on recognizing their own biases. To be effective, the discussion should focus on the personal whilst at the same time providing data to show the impact of gender inequality on the organization as a whole.

Initiatives for engaging men must be led from the top and inspire action across all levels of the business. It is particularly powerful when men in leadership positions demonstrate their commitment. For example, as part of UN Women’s HeForShe movement, De Beers Group’s CEO, Bruce Cleaver, made three clear and public commitments related to women’s leadership appointment rates, community programmes and advertising, from mining to retail. Subsequently, thousands of De Beers employees have signed up to make their own personal commitments.

Company policies should be reviewed to ensure that they consistently support gender equality in practice. Paid parental leave was identified as a particularly crucial issue for gender equality, and according to Fabio Verani, corporations can take the lead and support legislation around parental leave, exerting peer pressure on other corporations to do the same. Nikki Van der Gaag shared the example of The Corporate Task Force on paternity leave, which aims to make employer supported paternity leave available to all employees and to help shift outdated social and cultural norms known to discourage fathers from taking leave. Pam Cornes pointed to AB inBev’s gender neutral Global Parental Leave Standard, which offers fully paid leave in 50+ countries inclusive of all types of families. Policy reform needs to cover a wide range of ways in which men can support gender equality in business: another example of this is the creation of policies to combat gender-based violence in the workplace.

Taking a broader view, companies are taking individual and collective action to challenge attitudes and societal norms which hamper progress. According to Chris Hook, even in progressive countries such as Sweden, less than 35% of men take the entirety of their parental leave because they feel that their primary role should be to provide financial support. Conversely, the view that women should shoulder the greater part of unpaid and domestic work is a major barrier to women succeeding in the workforce. Programs such as Journeys of Transformation and Indashyikirwa in Rwanda, and WE-Care in South East Asia, are working to involve men to a greater extent in unpaid and domestic work, Other examples include  #SEEHER, which aims to increase accurate portrayals of women and girls in advertising and media, and AB InBev’s Carling Black Label #NoExcuse campaign which promotes positive masculinity to tackle gender-based violence in South Africa, and which has reached 45 million people through social media and traditional advertising. Daniel Seymour highlights the free tools provided by the  The Unstereotype Alliance to help companies remove harmful stereotypes from their branding and communications.

Engaging men as allies for gender equality raises a number of complex challenges. Chris Hook observes that initiatives are likely to meet resistance at first because there will be growing pains as people wrestle with hard truths.  Robert Baker suggested that men may not engage for a number of reasons, including lack of awareness, not feeling personally affected by the issue and fear (especially since #metoo). Marianne Cooper pointed out that white men are the least likely to experience bias, which may lead to inaction on the subject if they make up the majority of the company leadership. Companies can start by collecting data to understand the issues and potential benefits for the business, to counter claims that “we don’t have a problem.” It is vital that gender equality is not seen as a zero-sum game in which men lose out and giving men space to talk about gender, in both men-only and mixed groups, ihelps to overcome initial misgivings.External facilitators and perspective-taking exercises to build empathy can also be helpful to overcome resistance.

Companies must take care to avoid unhelpful types of male engagement. Nikki van der Gaag highlights that male engagement should contribute to women’s empowerment.  Daniel Seymour also reminds us that companies must consider intersectionality when addressing the multiple aspects of gender equality. Often discussions are not inclusive of all experiences, for example black women may not identify with a discussion dominated by white women or men with disabilities may not relate to the idea of white male privilege. However as Fabio Verani comments, intersectionality should not be used “to justify sticking to the status quo by simply paralyzing the conversation. Intersectionality should be used to see injustices and inequities and how they interact and then how you can address those issues to promote social justice and in this discussion gender equality.” Companies will also need to consider how to adapt to different country contexts, upholding global company values that are sufficiently flexible to be owned and led by local teams in ways that are appropriate for the local context. Partnering with local organizations can help maintain momentum and ensure discussions are culturally sensitive.

Engaging men in gender equality requires cultural change. Chris Hook commented that “companies need to be intentionally engaged in shifting norms and workplace culture.” This cannot be a one-off initiative, but needs deep roots. Certifications such as EDGE can help businesses to maintain progress, as well as pursuing partnerships with other organisations and developing peer networks to connect and support men to make a difference. Cultural change has benefits across the board: according to Rob Baker,  the World Economic Forum research suggests that male-dominated culture plays a significant part in women leaving organisations, and Marianne Cooper’s research shows that “masculinity contest culture” has detrimental impacts for business performance and wellbeing of all employees. The benefits of culture change extend to the bottom line - according to Chris Hook, “consumers will respond better to companies that both get more women in the boardroom and staff levels and improve policies, but also don’t rely on dated stereotypes to sell their wares or charge ‘pink taxes,’ et. cetera”

Our discussion shows that there is an opportunity for companies to support men as allies in achieving gender equality, firm in the opinion that it benefits business and all their employees, regardless of gender. Companies should raise awareness of men’s role as allies, model it through strong and inspiring leadership, ensure their own policies support men to play a role as allies, and through collective action to challenge the societal stereotypes that hamper progress. It will inevitably be a challenge to bring about the necessary cultural change; open, intersectional and culturally relevant discussion of how gender equality will benefit us all is key to overcoming initial concern. We would like to thank all our panellists and others who shared such practical perspectives from their rich experience in widely different contexts. If you would like to read more of the conversation, the full record is available here..

We are drawing upon the experiences of people within our network and beyond to find out more about what is being done to engage men as allies within organisations. Please share your experiences in this short 5mins survey here.