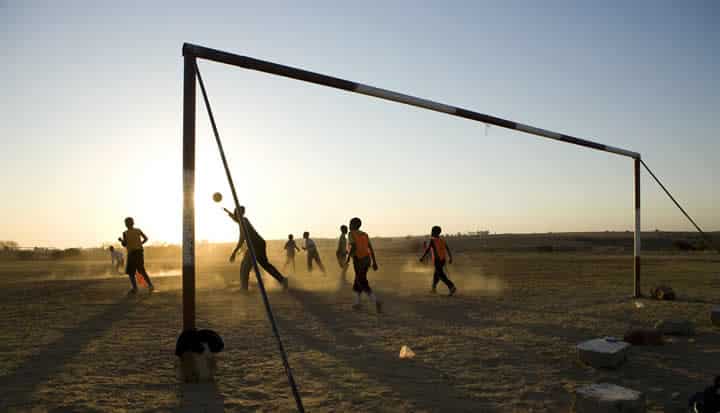 
Sport has long been recognised as having the potential to play a role in society with intrinsic benefits in terms of physical health and emotional well being, and the ability to contribute to issues such as crime prevention and increased educational attainment. Within the NGO sector, Sport for Change programmes have generally been delivered in one of two ways: by organisations for whom sport is a central priority and the mechanism for achieving additional development outcomes; or by more development-oriented organisations who use sport as one of a range of approaches to deliver their goals. However, since Comic Relief started funding Sport for Change projects in 2009 we have also found that some projects are not even ‘playing’ sport at all but instead using the business of sport to teach lessons about financial management or the history of sport to allow people to understand the experience of racism, bullying and social exclusion.

Although the Sport for Change sector is generally considered to be young in development terms, across Africa it has been steadily growing since the early 1990’s. Community-led sport projects have been especially strong in Southern and East Africa, primarily focusing on peer-led HIV education programmes. The model for delivery is based on young people, aged 15-25 years old, being trained in leadership skills, facilitation skills and how to deliver HIV prevention messages through or alongside sport activities. The main focus of these projects in terms of outcomes has been the change in knowledge and behaviour of the hundreds of children and young people that these young leaders work with. This is undoubtedly an important process in the fight against HIV and AIDS, and lessons are constantly being learned about how to ensure programmes are having a greater and more long-term impact. However, there is something else going on in these programmes that to date has gone unnoticed.

Whether in peer-led HIV education or other sport-based programmes that are led by young people for other young people – interchangeably called Peer Leaders, Young Leaders Activity Leaders, Volunteer Coaches - important skills are being learned by those who are given these leadership roles. They are provided with a huge amount of training that builds core skills that can help them enter the workforce – communication, facilitation, expert knowledge in a specific area such as health, education and sport coaching. But all too often, once the project ends or they have to make way for the next wave of talented young people coming through, there is no clear pathway of support into further education or employment. Some end up finding their own way into jobs in district health, education and social services, some set up their own community projects; some end up working in sport; many go back to school. However, the majority just drop off the radar. Many in the Sport for Change sector have now identified this as the next big focus for organisations using the Peer Leader model.

But what additional steps are necessary within projects to meet the huge challenge of youth unemployment and get these young people into the workplace? It starts, like most livelihoods projects, with market research. What are the gaps in the formal and informal marketplace and how can these young people be supported to access them? Then follows the additional training such as CV writing skills, financial literacy workshops or entrepreneurship training. At the same time, organisations must also develop pathways into employment opportunities through partnerships with skills accreditation bodies, local businesses and local government departments. Finally, they have to commit to at least 12 months of support and mentoring after all the training is finished. Not everyone will walk into employment straight away, some will find the first year of work a challenge. Success does not end with a qualification or a job offer, success is continued employment and an increase in household income over the longer-term.

According to the International Labour Organisation, of the world's estimated 207 million unemployed people in 2010, nearly 40 per cent – about 75 million – were between 15 and 24 years of age. This number is growing steadily each year. In an economic downturn, youth unemployment can fuel upheaval due to young people being frustrated by a lack of economic opportunity. The time for concretely supporting these young people into jobs is here, ensuring they have the skills and competencies to meet the needs of the marketplace. With some small but important changes to their projects, there is a real chance over the next few years that sport projects can play an important part in this process.

One response to “Sport for Change”