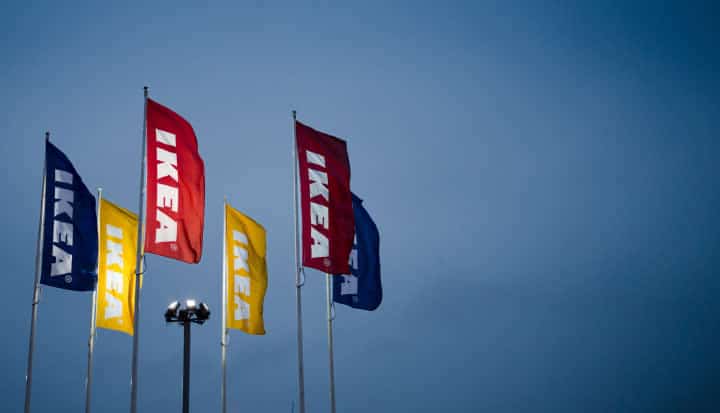 Developing business models that offer both commercial success and development impact has been at the core of the Business Call to Action (BCtA), a worthwhile initiative supported by UNDP and other partners since 2008 to assists companies in sharing expertise, knowledge and best practices for market-based approaches to development.

At a meeting co-hosted by the UNDP BCtA Secretariat and the Swedish International Development Cooperation Agency (Sida) in Stockholm on 25-26 February, IKEA’s new membership in the global leadership platform was announced through the Better Cotton Initiative.

IKEA plans to provide technical assistance and train thousands of farmers in Pakistan to help them produce and sell Better Cotton, an initiative that could revolutionize the entire cotton industry. Members of the BCtA and more than 20 Swedish companies were present at the meeting alongside key partners from IBLF, USAID, and the Swedish International Development Agency. The Keynote addresses were delivered by UNDP Assistant Administrator, Sigrid Kaag and Sida’s Director-General, Charlotte Petri Gornitzka.

IKEA’s pledge to grow worldwide demand for sustainable cotton at affordable prices and use 100% sustainable cotton by 2015 can only benefit us all. Farmers could ultimately produce lower-cost cotton creating an environmentally-friendly product through reduced pesticide, water and fertilizer usage. After wood, cotton remains the second most important raw material for IKEA, making this initiative clearly a strategic priority.

There is also growing interest in advancing inclusive business models with new support for the BCtA from IKEA and other Swedish firms like Ericsson, which is focusing on employing mobile technology applications.

In this regard, UNDP Assistant Administrator Sigrid Kaag issued a “Call to Action” to other Swedish companies by stressing the need for broad regional and sectoral participation and inviting companies that have developed inclusive business models to join BCtA and contribute to this important endeavor.

Today, the BCtA has over 63 companies – including Barclays, Anglo American, Itochu, Mahindra – which have committed to benefiting the poor. BCtA member companies’ initiatives include pledges to provide access to banking services to more than 40 million people, promote improved nutrition for 8 million children, and enhance access to energy for 7.1 million low-income households.

BCtA member companies have employed over 200,000 people and provided professional training opportunities to more than 450,000 in low and middle income countries. During BCtA’s lifetime, it is expected that more than 79 million people would gain expanded access to energy, 74 million would experience improved health outcomes, and 40 million would gain access to financial services. So far member companies have collectively reached over 105 million people with their products and services, generating over $1 billion dollars in revenue.

Sida has continued to focus effectively on building different models for collaboration with the private sector, such as Public Private Development Partnerships and Challenge Funds. Innovations Against Poverty is an example of the latter, serving as a risk-sharing mechanism supporting promising inclusive business ventures that have a strong impact on poverty reduction.

Perhaps the spirit of these initiatives, such as the so-called “Swedish Call to Action” could inspire others around the world to raise awareness and create ways in which inclusive business can be incorporated in company planning and ongoing development strategies.

The strong partnership between the BCtA, the Swedish private sector, Sida, and UNDP signals the way forward with much optimism. Based on the dialogue among participants, it is clear that this type of broad alliance among key agencies like Sida and UNDP has an extremely important role to play in engaging and encouraging private sector collaboration and devising complementary development objectives.

Let us hope that the call is answered, which will prove once again that multilateral agencies cannot address poverty and make true progress on sustainable development by themselves without the private sector.