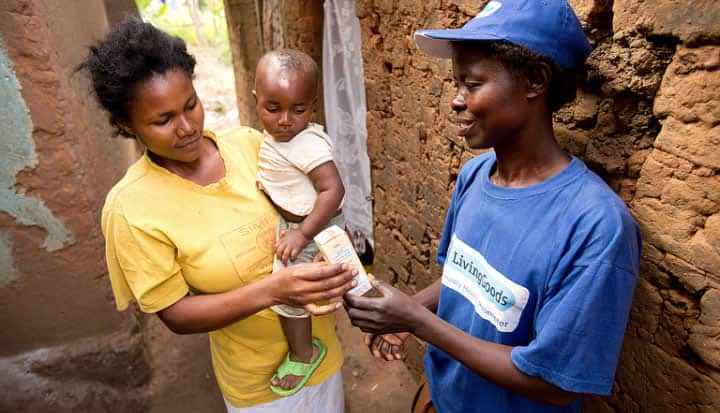 Tim Harford, in his quite brilliant book Adapt, said: “Few company bosses would care to admit it, but the market fumbles its way to success, as successful ideas take off and unsuccessful ones die. When we see the survivors of this process – such as General Electric and Procter and Gamble – we shouldn’t merely see success. We should also see the long, tangled history of failure. ”Harford is right: the path to success is not smooth. Global development is characterised by impatience, unpredictability and layers of complexity. We are challenged, and rightly so, to deliver quick, efficient and well-measured results, sometimes under very difficult circumstances. The time to nurture – experimenting, failing, refining, testing again – and ultimately succeeding – is a luxury most of us do not enjoy. But early this year while in Uganda I spent a day with one organisation that has not only made that luxury a reality, but has embedded it in its culture and placed it at the very heart of what it does. And that heart, and the love contained within it, could be integral to their success.

Living Goodsis the self-declared “Avon of pro-poor products”. This is the resurrection of a nineteenth century business model that, 130 years later and without a lipstick in sight, is making waves in Uganda. A network of 1,000 community health promoters generates income by selling life-saving and life-changing products (such as basic medicines, bednets and clean cookstoves) door-to-door in disadvantaged communities. The double bottom line is better livelihoods (profit) for the all-female army of health promoters, and better health (impact) for their low-income customers. Some try to reach the last-mile. Living Goods wants to leapfrog to the final three feet.

Living Goods was founded by California-based entrepreneur, Chuck Slaughter. Chuck’s special sauce gives this social enterprise a very distinct flavour, not often visible in global development: energy and pace of a start-up; courage to take risks; a culture of high performance and high expectations. All underpinned by rigour and business principles, strong metrics and obsessive attention to detail. Much of their recipe inspired me (I could write a separate piece about their delicious mhealth platform) but my reflections focus on the intriguing interplay between innovation and failure.

So, what has love got to do with it? Your author is not the type of girl to use the word love lightly. But sitting in Kawempe, listening to the quite incredible (and rather formidable) branch manager, Betty Kyazike, telling Chuck, with just a touch of humour, how he could do his job better, I feel a lot of love around me.

Love between the army of health promoters, working at the frontier of health care delivery in Uganda, and the management team to whom Living Goods is so much more than a job. Love for the intellectual challenge of making each tiny part of what they do better and better. Love for their shared mission, to fight poverty and disease among disadvantaged communities.

This is love, which enables trust, which in turn inspires the courage to take risks, safe in the knowledge that failure will not result in blame.

Tim Harford describes a long and tangled journey to success. I prefer to think of a rocky but rewarding road of love. The kind of love I see between my parents, who have been married for a very long time: it is always there, sometimes tricky, occasionally derails, definitely needs a lot of work. The kind of love that allows, embraces and fuels innovation.

Smart Failure is my personal obsession so I was curious to learn more about Living Goods’ willingness to admit that their journey has not been all smooth sailing.

They are proud of their achievements but quick to point out their failures. Their success relies on their ability to achieve financial sustainability so commercial savvy and occasional brutality is essential. If a product does not sell, cut it. If a health promoter consistently performs poorly, she is out. If a new marketing strategy does not drive increased sales, do not repeat it.

And there have been many instances of failure. Water filters failed to fly. One type of sanitary pad failed to meet the demands of local women – but a different version now sells well. The health promoter performance management model needs further tinkering. The break-even point has not come as soon as they hoped. On that hot day in Uganda I was encouraged and exhilarated to see this rare blend of confidence and daring, working alongside frugality in innovation; and wisdom generated from failure.

Walking in your shoes

From different sides of the planet Chuck has brought together in Uganda a super blend of skills, experience and passion, underpinned by a strong culture of respect and co-creation. Too often, even in the social sector, the gap between senior leaders and those at the front line is insurmountable. And I feared that the physical distance between San Francisco and Kampala would amplify this. I was wrong.

The California team, despite being based thousands of miles away, live, sleep and breathe through the eyes of the health promoters and know well that to succeed they must walk in their shoes, listen to their fears, hear their ideas, see the world through their eyes.

All you need is Love?

Is Living Goods perfect? They would be the first to admit that they are not. Is there a little too much love? Perhaps. A member of the Californian team told me he felt upset because, for the first time ever, he had that day forgotten the name of one health promoter. A heart-warming symbol of love and respect? Or a signal that, if such personal touch is important, they will struggle to scale? In a business where scale is the holy grail this is a challenge they will need to rise to.

But, what is certain is that Living Goods is a breath of fresh air. As much for how they operate as what they do. The most interesting question is this: how do you capture this special organisational DNA, developed through years of love and hard work, and unleash it at scale? They have ambitious plans and the world will be watching.

“What will survive of us all is love.” – Philip Larkin