Profiting from undernutrition? The challenges of distributing foods through private channels 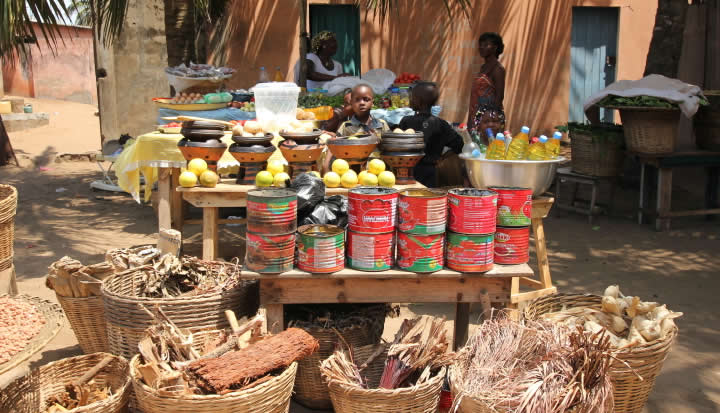 Profiting from undernutrition? The challenges of distributing foods through private channels


In my last post, I looked at how businesses are jumping into the marketplace for therapeutic foods, products designed to treat acute malnutrition. Yet the potential market for nutritional foods that can be eaten on a day-to-day basis is much bigger: as large as $5 billion, according to Valid Nutrition, a social enterprise working to commercialise foods targeted at undernutrition.

Potential nutritional foods might include fortified biscuits, yogurts or porridge mixes. Unlike therapeutic foods, they complement a normal diet, rather than substituting for it.

The key difference lies in how these products are distributed. Therapeutic foods are distributed by publically-funded agencies like UNICEF, or by NGOs. These organisations provide the products free of charge to groups suffering from malnutrition, often in emergency situations.

But the major portion of the 1 billion people suffering from undernutrition are not acutely undernourished. Instead, they chronically don’t get vital nutrients in their diets. To reach these populations, nutritional foods will need a different distribution model, one that delivers to the shops and markets where the majority of poor people buy their food.

Two challenges for distributing nutritious foods through private systems
A private distribution system for nutritious foods would function through networks of wholesalers, shipping companies, supermarkets and small traders. However, achieving the desired goal of reducing undernutrition through such a system isn’t straightforward; several challenges have to be overcome.

How can we get nutritious foods to the right people?
Nutrition matters most for a very specific group of people: children under 2-years old and women who are pregnant or have young infants. When they distribute therapeutic foods, agencies like UNICEF can make sure that the products reach women and infants. At some distribution centres, recipients have to eat products before leaving, to make sure infants, not other family members, get the nutrients.

If packaged nutritional foods were sold in local shops, would poor households purchase them? Would vulnerable women and infants eat them? Assuring they reached this target group might be especially challenging in contexts where women have less control over how income is spent.

How can we be sure that foods really are nutritious?
Knowing that foods are nutritious is also a challenge in a private distribution system. Imagine two packages of fortified porridge mix sitting next to each other on a store shelf. Both claim to contain the nutrients needed for healthy child development. But how can a consumer know whether these products really do contain these nutrients?

Few developing countries mandate the kind of nutrition labelling that Western consumers are accustomed to. (The Government of Hong Kong compiled a list of countries with label... in 2005.) Many countries don’t even have laboratories to test foods. And even if those porridge packets did have nutrition labels, would consumers be able to analyse them?

For private distribution to work, we need to think about how potential consumers would become familiar with products and aware of their benefits.

Value chain regulation to make private distribution work for nutrition
Without policies to assure how nutritious foods really are, food manufacturers will have incentives to cut back on nutrition in order to reduce costs. And if consumers don’t trust that foods claiming to be healthier really do contain more nutrients, they won’t be willing to pay more for them (this challenge with reliably communicating information across value chains is referred to as the ‘credence’ problem).

So how are businesses, governments and non-profits responding to challenges like reaching vulnerable groups and ensuring credence (trust) in food value chains? Will companies deem that foods for people who don’t get enough micronutrients are a profitable investment?
This post originally appeared on Globalisation and Development Blog.