Is Business the New Charity? 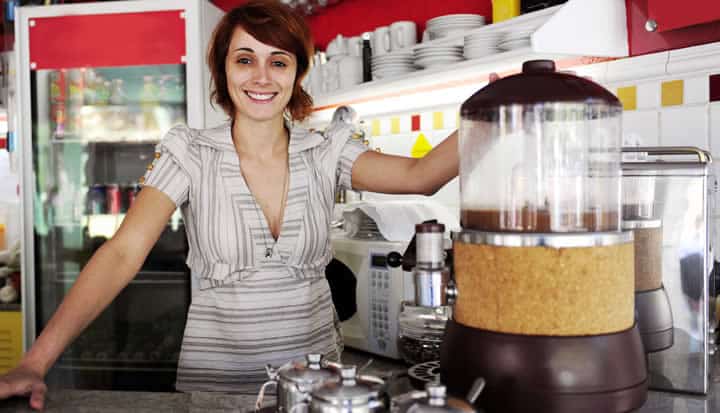 Is Business the New Charity?


Investing in small business and new ventures is a good thing and vital to our communities, but we must not confuse it with charity or strategic long-term social investment.

In my recent interview with Jim Koch, founder of Samuel Adams (Boston Beer Company), he reflected on the traditional philanthropic activities of his company and peers. What he saw was uninspiring. Companies were simply taking money from their pocket and putting it into the pocket of their favorite charity. There was no value creation.

After this epiphany, Koch partnered with a strategic philanthropy-consulting firm and in 2008, he launched a program called Samuel Adams Brewing the American Dream. Rather than give money to nonprofit organizations, this program makes small business loans to small food, beverage, and hospitality businesses in South Boston, and couples them with pro bono coaching, mentoring, and assistance from his team.

He hopes that by supporting small businesses instead of nonprofits, he can create jobs in the community, and real long-term economic and social value in South Boston.

Koch isn’t the only one embracing business as an alternative to nonprofits for social investment. With a similar goal of job growth and economic opportunity, Goldman Sachs launched its 10,000 Small Business campaign, which also matches cash with pro bono resources. And on a smaller scale, other financial services firms, including American Express and Capital One, are experimenting with this approach.

President Clinton has been one of the more prominent advocates for this approach. In 2002, his foundation launched the Harlem Small Business Initiative. The effort has provided more 75,000 hours of consulting and $15 million in cash to small businesses in the Harlem area.

Perhaps the most symbolic example is Venture for America. After creating this new nonprofit, founder Andrew Yang was named one of the most creative business professionals in America. A spin on Teach for America, Venture for America places the best and brightest not in underperforming schools, but in start-up businesses in struggling US cities like Detroit and New Orleans. His goal: 100,000 new jobs by 2025.

Business, rather than the culprit of our economic trouble, is now seen as a savior—a job creator. Job creation has become the single metric that we use to define success. It isn’t health, it isn’t the environment, and it isn’t social justice.

Robert Egger, founder of the PAC CForward, which champions the role of the nonprofit sector in the economy, shared in a speech recently: “Any organization that provides living wage jobs is a social enterprise.”

These examples illustrate the increasingly popular perspective that supporting business is a charitable act. Loaning money to a small business or buying equity in a new venture, when successful, creates jobs and a return for the investor. And when it fails, it is a tax write-off just like a charitable donation.

Here's the rub. While job creation is important, there is a much greater need for employee creation. By 2016, four out of ten jobs will require advanced education or training, and many hiring managers are finding that the talent they need is hard to find.

If we want to see more Americans gainfully employed—not in jobs, but with living-wage careers—we need to invest more in the nonprofit sector and in government programs. While these investments don't create the short-term gains that business leaders have been trained to seek, they are what will matter at the end of the day. They will create the supply of talent needed for our economy and society to thrive.

Forward-looking corporate and private philanthropists are investing in our educational system to advance science, technology, engineering, and math (STEM) outcomes. STEM skills are marketable and will lead to sustained employment.

Others are recognizing that perhaps America’s last competitive advantage in the global market, creativity, may be gone after this generation, and are working to give kids access to consecutive arts education, which has been cut from the budget of nearly every school district.

These are the investments being made by the nonprofit sector—both in advocating for policy change and creating solutions in our communities and across the nation. This is much more than taking money from one pocket and putting it in another. These are the investments that will ultimately have a tremendous return, but not next month or even in a year.

The same is true of so many parts of the nonprofit sector—well beyond education. Social justice is what will maintain our democracy and ensure the diverse and engaged citizenry that will be critical to the increasingly global economy. Protecting and restoring the environment and a stronger health care system creates a healthier and more productive population for decades to come.

Investing in small business and new ventures is a good thing and vital to our communities, but we must not confuse it with charity or strategic long-term social investment. Politicians need to talk about job creation to get elected, but we need our business and philanthropic leaders to have a longer view to ensure we aren't still focused just on job creation in 10 years.

This blog first appeared in the Stanford Social Innovation Review and is reproduced with permission.

Aaron Hurst (@Aaron_Hurst) is the founder and president of the Taproot Foundation, a nonprofit organization building a national pro bono marketplace and leading the global service movement through its award-winning Service Grant program. Widely known for his thought-leadership in civic engagement, nonprofit management and corporate social responsibility, Aaron is an Ashoka and Draper Richards Kaplan Foundation fellow and has been formally recognized as a social innovator by the Aspen Institute, Social Venture Network, Fast Company,Commonwealth Club, the Manhattan Institute, the State of California, and the Alliance for Nonprofit Management. Aaron currently sits on the International Advisory Board of Directors of CiYuan, a three-year initiative to increase social investment in China, and serves on the boards of Reimagining Service and BoardSource. He co-authored the children’s book Mommy and Daddy Do It Pro Bono and is a featured blogger for The Huffington Post.