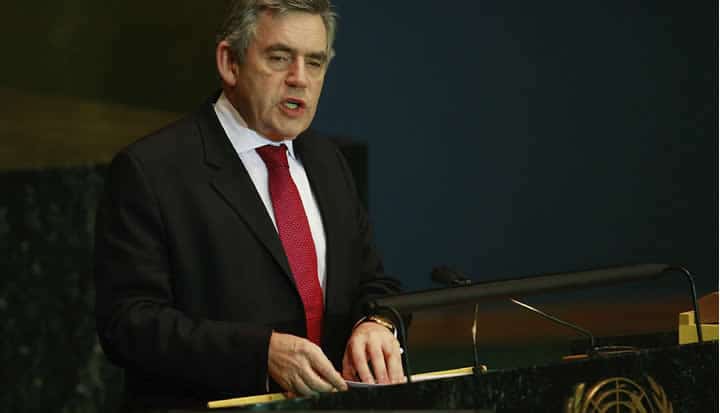 An Interview by This is Africa

An Interview by This is Africa

Q: There is growing concern that the world is likely to miss the Millennium Development Goal on education. What are the the top priorities for action?

A: I’m convinced that with a renewed focus on education under the banner of the UN Secretary-General’s ‘Education First’ initiative we can get every child into school in the next three years. There are currently 31 million children not in primary school in Africa. So, I’m not sure I share your pessimism. It’s true that progress towards the MDG has stalled in recent years, but the gains made since the turn of the century are still highly impressive. For example, between 1999 and 2008 enrolment ratios in sub-SaharanAfricaimproved by one-third, despite a big rise in the primary school-age population.

My view is that achieving the MDG is critical to everything we do on global education. For a start, what credibility will our promises on education post-2015 have if we have not kept our previous set of promises? And if we truly do believe that education is a right of every child then we cannot simply give up on 61 million of them and focus our attention elsewhere on something novel.

That said, clearly just getting every child through the school door is not enough. I think Ban Ki-moon is absolutely right on this. His Education First initiative focuses on three core areas: access, quality, and global citizenship. All our efforts should be geared towards advancing these goals – getting every child to school, making sure they receive a high-quality education once they are there, and in so doing promote a sense of global citizenship which will be absolutely crucial to solving the global problems the world will face in the years ahead.

Q: What will it take to meet the MDG on education, and what will you do in your role as the UN’s Special Envoy for global education to drive progress towards this?

A: There’s no doubt it’s a major challenge.

In my view there are four key areas we need to focus on if we are to meet the MDG target. The first, and there’s no getting away from this, is finance. Everyone agrees that money alone is not the answer, but without increasing the financial resources going into education we will find it very difficult to achieve our aims.

Second, we need an increased focus on countries affected by conflict, where over 40 percent of out-of-school children live. We should explore pooled funding mechanisms which have been shown to work well in countries likeAfghanistan. My view is that we also need an ‘Education Without Borders’ style initiative which can do for education what the Red Cross and Médecins Sans Frontiers do for health. Third, we need to strengthen our efforts on the most disadvantaged, hard-to-reach children. Getting every last child to school will require reaching those who have until now been left behind. Here I’m thinking of groups like child labourers, poor rural girls, and disabled children, particularly the visually-impaired. And fourth, we need to work with governments of countries with large numbers of kids out of school, likePakistanandNigeria, and those struggling to go the last mile to the 2015 goals, like Bangladesh.

As Special Envoy I will do all I can to galvanise efforts in these areas. That will include harnessing the support of the business community, which is why I am so pleased that my wife Sarah has been involved in the creation of the new Global Business Coalition for Education. Faith groups are also at the heart of every successful development campaign – and the churches provide a third of school places inAfrica– so I am delighted that the outgoing Archbishop of Canterbury, Rowan Williams, is considering leading a global faiths coalition for education, to include representatives of all the world’s major faiths. And we also need a global campaign to engage the public in developed and developing countries alike, so I will work with individuals and organisations who can help to deliver the messages and strategies that will mobilise parents, children and teachers from every country for the cause of global education.

Q: What part do governments need to play?

A: Understandably, people look to governments to ensure the public’s right to education for every child. The role played by NGOs, charities, faith groups and other organisations in providing education in areas where children would otherwise go without schooling is immensely valuable, and we must continue to support them. But if we want the provision of education to be sustainable in the long-term then it is clear to me that we need to strengthen public education systems. Many African governments will need international support in terms of resources to ensure they can reach the most marginalised children – and we should provide that support.

In other countries the resources are there, but we need international pressure to ensure that there is the political will to focus on issues like equity which are so important to reaching the MDGs. I think it’s important not to fall into the trap of thinking there’s a one-size-fits-all approach to the role of governments in regions like sub-SaharanAfrica. We need to be sensitive to the differences between countries, and tailor our support as an international community accordingly.

Q: What is the role of business in driving progress?

A: There’s a huge amount that business can bring to the table. It’s not only financial resources that companies can offer; there’s an often underestimated potential for them to apply their core competencies, skills and knowledge to the education sector. Take one example. In remote areas with poor infrastructure, or in countries affected by conflict, a major challenge in education can be making sure that schools supplies like textbooks can be transported and delivered in a cost-effective manner or teachers paid. But these capacities are second-nature to many companies who have well-developed supply chain operations. If we use business assets to solve challenges like these, in cooperation with governments, then we can create shared value for education and society as a whole.

Q: What would you identify as the top priorities for a post-2015 development agenda on education? Is there a need to move beyond access?

A: First of all, I think it’s really important that we don’t lose sight of the challenges we have to meet in the next three years. But I completely agree that we should be more ambitious than simply counting the number of kids who enter the school building. Our aim must be to make sure that every child gains the skills and competencies they need to be productive members of our global society.

This September This is Africa is taking an in depth look at the state of education in Africa. With less than three years remaining until the 2015 deadline to meet the Millennium Development Goals, there are mounting fears that low income regions - in particular sub-Saharan Africa - are at risk of falling well short of MDG2, which focuses on equal and universal access to primary education.

To coincide with the launch of UN Secretary General Ban Ki-moon’s Education First Initiative on September 26th, This Is Africa has produced a special report on education, which includes perspectives from leading figures in the field, new data on learning in Africa and in depth reporting on key issues shaping the global education debate. They are also widening the conversation on the This Is Africa website, and will be running an extensive series of perspectives from a broad range of voices in business, development, policy and civil society in the run up to and beyond the launch of the Barometer.

Visit the Access+site for regular updates on the debate around access and learning.