Narrowing the Divide between the Rich and Poor 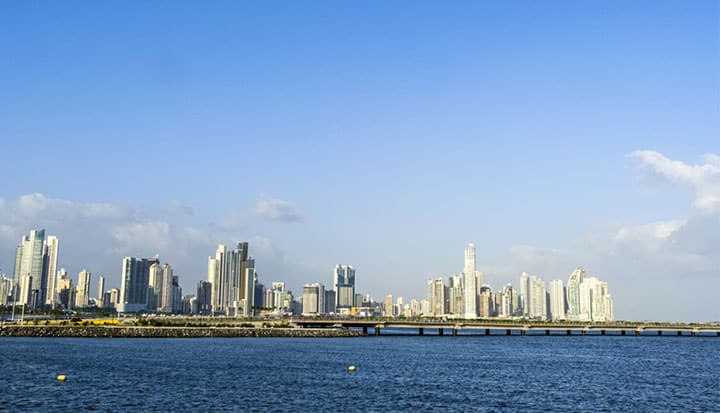 Narrowing the Divide between the Rich and Poor

Upon arrival into Panama City, one is struck by the new skyscrapers, architectural wonders and causeways in celebration of the prosperous trade traffic navigating the Canal, reporting fiscal revenues of $2.61 billion in 2015.

Panama is booming, with an average economic growth of 9 percent in the past five years, the highest in Latin America. Financial services and projects like the subway and multibillion-dollar expansion of the canal have contributed to this growth with the canal accounting for 10% of the country’s GDP.

However, Panama illustrates the starkest disparities of wealth in Latin America. Poverty in Panama, according to the World Bank, is a rural and indigenous territories phenomenon, as can be seen in the once vibrant town of Colon, an hour’s drive from Panama City.

Despite the nation’s great wealth, we are reminded of the divide between the rich and poor, inequality that keeps almost 40 percent of its population in poverty – threatening to turn ‘The Boom to Bust’. Furthermore, half of the country’s children are poor with nearly a fifth suffering from malnutrition.

I invite you to read more about my visit to Colon, Panama with staff/faculty members from TCU’s Discovering Global Citizenship Program and reflections about poverty. We took a very scenic train ride to Colon via the Panama railway fringing the edge of the canal and diverse, lush biodiversity with the occasional crocodile popping its head around passing ships. The city of Colon sits by the Caribbean, wedged between a port and a cruise ship terminal.

Our day began with breakfast at Hotel Washington, once a popular venue with its marble lobby and majestic pillars, commanding a view of the water and an abandoned ship. The crumbling and neglected hotel with wires sticking out of walls in precarious places, is in desperate need of repair.

Today, Colon is where potable water, electricity, structurally sound buildings, and employment are all in short supply for the city’s 220,000 residents.

Yet in the early 1900s, during and after the construction of the canal, Colon blossomed with theaters, clubs, restaurants and finely manicured boulevards, hailing distinguished visitors like Albert Einstein. 'The 98 cent tour’ with Sister Barbara who runs MUCEC, a non-profit charity supporting distressed women in Colon, provided a whole other perspective on poverty in a span of a mere 4/5 blocks. We were told to leave our bags and not have any cameras exposed. Following closely on Sister Barbara’s earnest heels of conviction through the mess and stench of unsanitary conditions, she takes the hands of the children to ask if they had any food or water that day. Sister Barbara, originally from Brooklyn, has committed her life to this community to help these families see hope of a future. The visuals entailed rotting buildings with weeds sprouting from the cracks, a steady stream of sewage in the alleyways, jury-rigged water services, abandoned yellow taxis resting on deflated tires, while malnutritioned locals hang out in the streets.

As Panama City grew and modernized in the post-World War II era, Colon’s vibrance wore off. The ultimate closing of American military bases with the canal’s transfer to Panama in 1999 accelerated Colon’s deterioration. Crime and poverty grew, and the middle-class relocated to the suburbs, Panama City or out of the country.


Colon is the city that Panama forgot, in spite of vigorous development meant to court Caribbean cruise ships. Prior to 1869, the railroad connecting Panama City and Colon was the main transit across the continental Western Hemisphere. A last whiff of prosperity was seen during the construction of the Panama Canal.

In conclusion, I share Sister Barbara’s powerful perspective, hope for Colon and communities trapped in poverty around the world: “Change does, however, occur. We have witnessed repeatedly violated, humiliated and oppressed women find shreds of human dignity from which to build new lives and to grow. We have seen the malnourished children of these women learn to read or just to say “thank you”. Once launched, the empowering search for self-respect and human dignity is not easily lost. Hence, after years of slow, painful struggle, and almost constant evaluation, our prospects are stronger than ever, and our motto remains “Si podemos” – “Yes we can”. Sam Taylor is Senior Advisor to TCU’s Discovering Global Citizenship Program and accompanied Dr. Jane Kucko and John Singleton to learn more about the Universities work and community development partners. TCU’s mission is to “educate individuals to think and act as ethical leaders and responsible citizens in the global community.” The University transforms life and learning by infusing international perspectives and skills throughout the teaching, research and service missions with a focus on developing markets.

Meanwhile, just around the corner from Colon is a $5 billion canal upgrade, a so you would think hub for economic development, skills development, creation of jobs and opportunity to improve livelihoods, including the 27,000 people that continue to live in condemned housing.

Colon’s duty-free trade zone, the largest in the Western Hemisphere, has done little to improve the town’s fortunes. Recent developments, including a hotel, an airport upgrade, a cruise ship dock enabling visitors to shop without entering the city’s squalor, have benefited mostly the businesses in the zone, a source of friction. Home to the zone’s 30,000 employees, Colon got lost in the middle of the free zone, and has become a challenge for the government, residents, businesses to revive what was once a thriving town. Yet, it has been argued that projects like a new highway connecting Panama and Colon, the expansion of the canal, construction of a new hospital and other public works have reduced unemployment and poverty, yet these families continue to live in this squalor with no immediate way out.

Plans are now in place for the revitalization of Colon but with a lot of skeptism about how to realistically save and restore some of the crumbling buildings and historical assets, recently attracting preservation experts to write a plan with the help of organizations like the World Monuments Fund. This will entail moving families out and securing the provision of basic human needs. But how and to where?

In 2015 UN-Habitat reported signing two cooperation agreements with the cities of Colon and Panama to promote urban renewal and revitalization. These agreements, directly related to the issue of urban land use, planning and revitalization, seek to encourage public and private investment.

To be sure, such disparities are growing starker in rising economies like Peru, Brazil and Ecuador where communities are excluded in urban development and renovation plans, keeping the divide firmly intact between the rich and the poor. Fundamental to any progress will be addressing the racial discrimination that has stagnated Colon, getting people out of poverty, creating jobs and improving livelihoods.

This cannot be solved by government alone and will require other leaders from civil society, academia and international development partners to step in. This is an opportunity to develop new models and approaches for mitigating poverty in the midst of social, cultural and political circumstances – scale and replication for ‘Boom to Bust’ scenarios such as Colon.

About MUCEC: MUCEC began in 1985 with efforts to help some of the poorest of Colon’s impoverished inhabitants -- the abused women and their children with little or no income. Unlike other programs, MUCEC seeks a permanent solution rather than a temporary fix of the problem via a handout. For more information: http://mucec.org/english/nosotros.html

One response to “Narrowing the Divide between the Rich and Poor”