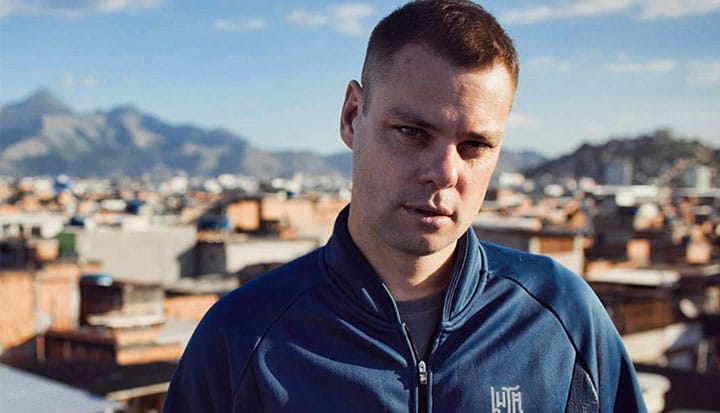 It was a simple networking dinner where a business executive met a social entrepreneur with a great idea, which led to a long-term and very successful partnership in the nascent field of social finance and “impact investing.”

The social entrepreneur, Luke Dowdney, is an Ashoka Fellow who had spent the past 10 years launching and building a social venture called Fight For Peace;which runs boxing and martial arts academies and youth leadership programs to get young people out of gangs in London and Rio de Janeiro. Fight For Peace developed a unique and comprehensive support and change system they call the Five Pillars methodology; which includes boxing and martial arts, education, employability, social support, and youth leadership.

Since launching in 2000, Fight for Peace had already seen tremendous growth and success as its boxing gyms and training programs were impacting thousands of young people in more than 20 countries. However, in order to continue to grow the nonprofit organization it needed to diversify beyond the traditional charity fundraising channels and find new capital and revenue streams.

The business executive that Dowdney met that night was Serge Kremer, the co-founder of the Netherlands-based venture capital firm Penguin Ventures, and a member of the Ashoka Support Network (ASN). The ASN is a global network of industry leaders who come together to help Ashoka and their 3,200 leading social entrepreneurs, elected as Ashoka Fellows, drive social change around the world. The guidance, resources, and expertise that ASN members provide are often instrumental in transforming and scaling a Fellow’s social enterprise.

THE FORMING OF A GREAT PARTNERSHIP

In 2010, as a member of ASN, Kremer was hosting a dinner to bring together other ASN members with Ashoka Fellows who were seeking guidance on how to scale their social ventures. Dowdney received much more than guidance as Kremer agreed to invest that night, and a long-term and successful partnership was formed. Kremer believes that it is very important for impact investors to work with people and subject matter areas that resonate with them. He says, “Luke and I had an immediate personal connection. I liked his vision, his thoroughly researched and tried-and-tested approach, his entrepreneurial spirit, and his way of doing business.”

Dowdney came to the dinner fully prepared with a business plan to develop a new social enterprise, which would potentially bring a new revenue stream to Fight for Peace and would provide the capital it needed to scale. What came of the conversations they had that night and the many more throughout the proceeding months was the establishment of the LUTA Sportswear company, which would donate half of its profits to further the mission of Fight for Peace. LUTA was a line of Brazilian-inspired high-performance sportswear designed to reflect the vibrancy and the rugged character of the favelas where many of the Fight for Peace fighters lived. LUTA was much more than just a charitable line of clothing as it was founded on a sound a business plan that targeted an underserved market segment and it gave the customer a choice of purchasing a piece of sport clothing that was of comparable price and quality, if not better, of the major sport brands while supporting a great cause.

Dowdney took on the role of CEO and Kremer became his business partner and CFO. Together they helped LUTA grow and become very successful, and in 2014 the company was bought by Reebok , which agreed to continue directing a portion of LUTA profits to support Fight for Peace. This ensured a solid financial return for its investors and more importantly long-term financial sustainability and growth for Fight for Peace.

When asked how he knew that Kremer was the right partner, Dowdney stated, “He’s a good guy and cares about what Fight for Peace is all about. If he was the richest and best business brain in the world but didn’t care for Fight for Peace, I wouldn’t have been interested. Luckily for me and Fight for Peace, Serge is an extremely successful businessman and he cares.”

The deal was structured with equity investors and debt facilitators, like a typical acquisition. But one key exception was the investors were investing not strictly from a financial return perspective, but more importantly from a social return approach. For Kremer and other investors, the deal didn’t make sense unless it first led to growth and further success of Fight for Peace. As such, the deal and the management teams of Fight for Peace and LUTA were structured in such a way that it would lead to success for Fight for Peace.

“My partnership with Luke was in no way different from any other business venture. When looking for partners, I look for exactly the same in a traditional business setting as in a social enterprise setting: entrepreneurship, thoroughness, stamina, good way with people, fun to hang out with. My investment approach was only different in that the financial return was not the only or the main evaluation parameter. If there would have been a choice between A) achieving our goals with LUTA and not seeing any of my money back, or B) making a whopping financial return but not achieving our LUTA goals, I would have chosen A).”

THE FUTURE OF SOCIAL FINANCE

Deals and partnerships like LUTA are becoming more and more frequent as the social finance market grows with the help of global organizations likeAshoka, who through their ASN Angel Network, has been working for several years to create hybrid social finance models, which bring traditional commercial funders and investors together with the philanthropists, grantmakers and donors to support the evolving hybrid social business models that are emerging from their global network of Ashoka Fellows. Ashoka is not alone in their work in shifting the viewpoint from the investor to the social entrepreneur as several funds and organizations are emerging toprofoundly transform the financial sector, such as the CAF Social Impact Fund, Shared Impact, Funding Agency for Social Entrepreneurship, and Roots of Impact.

Dowdney states that Ashoka was instrumental in Fight for Peace’s success by “finding an involved investor who didn’t want to just ‘donate to charity,’ but invest and be involved in building success.”

This article first appeared on Forbes and is reproduced with permission.