Mixing Business and Social- What Really is a Social Enterprise? 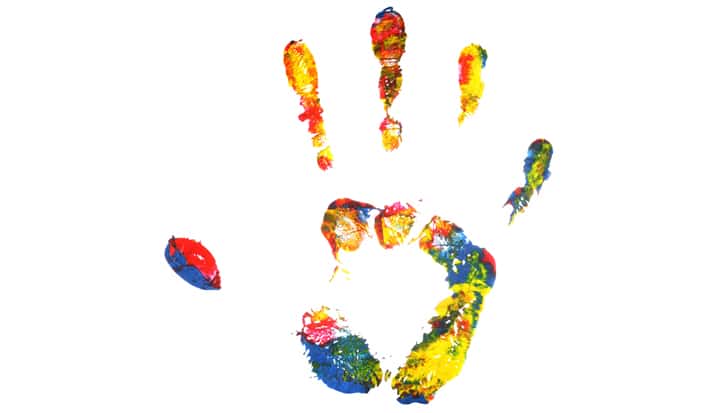 Mixing Business and Social- What Really is a Social Enterprise?


Of course we all know what a ‘social enterprise’ (SE) is in a developing country. It’s obvious, surely? It’s, um, a business that does good things for people, and also makes money. Don’t nit-pick! This is all about dynamism, creativity and innovation.

What sorts of good things? For which people? And how profitable are we talking? Is it enough to sell or buy anything to or from anybody, or is that just part of the story? Is every local soap factory or dairy an SE? Is Facebook, even? If not, why not?

A clearer definition of what constitutes an SE is needed, for several reasons. One, after years of stimulating discussion and libraries full of reports, consistently mapping and tracking this supposedly booming set of institutions remains too hard. This generates avoidable and costly uncertainty. Two, ambiguity around the definition may make it harder for ‘real’ SEs to effectively promote themselves to national markets and regulators and stand out from the also-rans. And three, potential funders further afield, including official aid agencies and the taxpayers behind them, could benefit from better metrics on where, why and how they might support SEs.

Here we suggest a very preliminary framework to help define SEs. We decided to focus on a relatively narrow definition of the term:

This focus on the primacy of SEs’ social purpose, combined with a minimum threshold of financial sustainability, aligns them closely with the alternative term of ‘social businesses’ as used by, for example, Muhammad Yunus (see below). A broader tradition goes back to the seminal work of Greg Dees that focuses on SEs as change makers, irrespective of financial viability. But given our interest in the potential of SEs to provide new resources for development, additional (in at least a modest and gradual way) to philanthropic and government grants, we have chosen this narrower interpretation.

They sound like open-and-shut cases for the SE brand, right?

Now consider also that you do not know yet, among other things: what share of ambulance passengers are poor and how much of their income do they pay for transport; how the electricity tariffs are set; and how and when might the extension service eventually break even. Could any of this information, if available, change your mind? Why might that be?

The key challenge here is to unpack what we mean by the terms social impact and financial viability.

Social impact is always hard to define in the abstract, though, as with the proverbial elephant, it should be easier to spot when we are up close. From the perspective of global development and poverty reduction, we think it has two dimensions:

Some experienced SE observers would prefer to go further than this, conferring the SE brand only to social disruptors who transform the whole market equilibrium in their areas, and classifying the rest in a lesser category of ‘social providers’. We do not go that far, though we agree that it would be useful to try to identify the minority of SEs that are also transformative in this larger sense.

Using our definition of social impact helps to identify the SEs as businesses designed primarily for this purpose. But we accept that for-profit businesses created for other primary purposes (such as generating maximum value for shareholders) could also create massive social value, as in Michael Porter’s ‘shared value’ hypotheses.

So what is the financial ‘acid test’ for an SE?

Our definition of financial viability is that an SE must offer the clear prospect, over the medium and longer term (say 5 years plus), of at least breaking even, servicing reasonable debts, providing acceptable returns to investors and setting adequate funding aside as a cushion for shocks and expansion. All of these terms can be fine-tuned of course.

How is that different from the situation of any for-profit business? It isn’t. We do not think that any formal upper profitability limit would be particularly useful. Certainly, some SEs talk of ‘balanced’ financial returns, suggesting a direct trade-off between financial returns and social impact. Some investors in SEs explicitly target lower returns. This is the case for example with the stated policies of CDC, IFC and Omidyar Network (below risk-adjusted market returns) and Acumen (who seek to achieve a 1x gross return of capital invested, with maximised social impact). Similarly, microfinance pioneer Muhammad Yunus has been critical of some micro-lenders that earn high rates of financial return.

He offers a succinct definition of a ‘social business’ as ‘a non-loss, non-dividend company that is created to address and solve a social problem’.

Yet one can extract surplus from an enterprise by other means than dividends: think of lucrative public offerings, or payoff packages involving consultancy fees etc. Conversely, patient equity or quasi-equity investors may be willing to accept return profiles that are a bargain by comparison to the SE’s alternative cost of raising debt in thin and volatile markets. So we don’t see restricting dividends, specifically, as either a necessary or sufficient condition.

An alternative, also suggested in Yunus’ writings, is to set a maximum rate of return on capital, beyond which an enterprise may be deemed to have switched from primarily serving social goals to putting shareholders’ needs first. This idea may be appealing in principle, but the level at which profits become excessive is highly problematic to define.

There may be no practical way, and no solid rationale, to disqualify a high-profit business which is ostensibly focussed on social impact, as we define it here, from the classification of an SE. Some large promoters of microfinance, such as IGNIA in Mexico, self-define as having a social mission (such as financial inclusion) as their primary goal, but nonetheless aim to provide fully market-based returns to investors. They see no contradiction in this position: indeed they view any SE expansion strategy based on below-market financing as inherently unsustainable (IGNIA Chair, speaking at Skoll Forum 2013).

But what then makes the SE sector truly distinct from the for-profit private sector? Are we left relying too much on how an organisation self-identifies? We have tried to break some new ground in this area but would welcome further ideas.

These are our impressions from initial desk-based research. Within the constraints of publicly available sources, the way most SEs and impact investors define the balance struck between the social and the financial is far from being clear or consistent.

Our next step, therefore, is to propose a simple questionnaire-based assessment tool to help rank and place SEs (or portfolios of investments in them) on this two-dimensional map sketched out below, based on the definition we have proposed here. We hope this contribution will help enrich the debate.

Michael Green is co-author of Philanthrocapitalism and CEO of the Social Progress Imperative; Andrew Rogerson is a Senior Research Associate at ODI

3 responses to “Mixing Business and Social- What Really is a Social Enterprise?”