Business Model Innovation for Bottom of the Pyramid 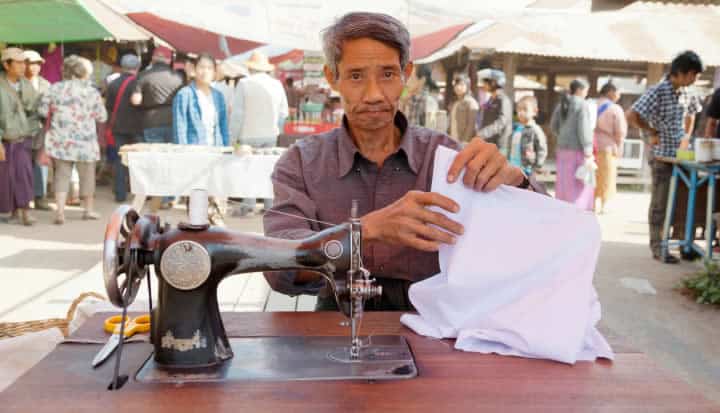 Business Model Innovation for Bottom of the Pyramid

On December 6th, Impact Lab and LAB Open Innovation came together with the support of Business Fight Poverty to present a discussion on the challenges and opportunities faced by social entrepreneurs whose work is geared at the Bottom of the Pyramid (‘BoP’). The event brought together a panel of voices from across various sectors including academia, the private sector, government, and the social impact space. The panel members’ unique points of reference led them to each address the BoP from a very different angle.

Christian Busch provided the context for the discussion by drawing on his experience at the London School of Economics. He made mention of C.K. Prahalad who first coined the term ‘BoP’ and suggested that the poor should be viewed as consumers not beneficiaries. In designing business models that answer to the poor’s needs, Busch emphasised to start from understanding the problem before coming up with a solution. An understanding of the community and building trust within it goes a long way to successfully working in BoP markets. He provided the example of Vision Spring that effectively identified a need for affordable eye glasses in India and developed an appropriate business model to meet that need.

For Judith Pollock, Deputy Director UK of the Shell Foundation, the key concern when working at the BoP is scale. The so-called ‘Bottom of the Pyramid,’ is the largest, but poorest socioeconomic economic group – with 4 billion people worldwide living on under US$2.50 a day. The Shell Foundation looks to fund programmes that will have an “impact commensurate with the scale of the problem.” As Pollock described it, the Shell Foundation’s strategy is to take a very engaged funding approach. Shell values a scalable business model, and strongly emphasizes the characteristics of the individual entrepreneur. The foundation ultimately focuses their resources on a small number of projects, but they make a long-term commitment to those organisations that they take on.

While Judith Pollock’s work at the Shell Foundation has an independent remit from its founder Shell Corporation, Phil Westcott spoke as the Smarter Impact Leader situated at the centre of IBM’s forward-thinking business strategy. Westcott emphasised that the BoP is a sizeable untapped customer base, and that corporations need to view them as such and pursue a policy of “enlightened self-interest.” When IBM engages with the BoP, they do not do so by viewing it as a CSR or charity case, but on mutually beneficial business grounds. Representing 65% of the world’s population, the BoP is a consumer demographic that corporations need to consider if they want to remain at the cutting edge with their own strategy and growth.

Yet corporations, funders, and social entrepreneurs cannot make the most of the BoP opportunity without the appropriate infrastructure, and this is what Katie Hill, Social Investment Advisor to the City of London Corporation, argued. In addition to helping UK based entrepreneurs, Ms. Hill’s job is to help the City of London with its ambitious goal of becoming a global centre of social impact. But the recipe requires more than just entrepreneurs and investors: the right legal and fiscal structures need to be in place as well. Hill used the example of the Millennium Development Goals to illustrate this point – while the MDG vision was key, it has not been largely successful without a clear system in place to achieve such goals.

The event ended with a lively Q&A session. One of the main take-away points was the importance of cross-sector collaboration, which every panel member touched upon during their own presentation. Academics, corporates, entrepreneurs, government and investors all operate in an ecosystem where their work supports and compliments one another. A helpful tip to come out of the Q&A session was that companies with limited resources can ‘test business models’ by seeing what works around them – Dr. Venkataswamy of Avarind Eye Care modeled his ground-breaking practice after MacDonalds.

Finally, discussion turned to the future of social entrepreneurship and whether its quick rise to prominence puts in it danger of becoming a fleeting fad. Pollock commented on the importance of hearing about failures as well as success stories – too often we hear of social enterprises that go right and not of those that cannot make it. Hearing those stories may inject a sense of caution into the sector, and they would also provide valuable lessons. Cheng ultimately left us with a word of warning on the rapid commercialisation of the sector. As high-stake investors enter the social impact space expecting high commercial returns, it could hurt certain businesses within the sector. Necessary great businesses that add value, but that do not deliver as high returns, may be put in jeopardy.