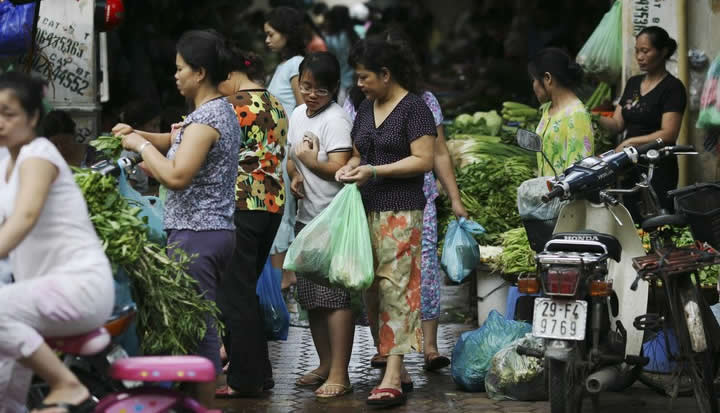 Applause today must go to Unilever’s courageous decision to allow Oxfam unfettered access to its operations and supply chain in Vietnam. This has resulted in a report revealing both high ideals and implementation hiccups when it comes to the quality of jobs Unilever directly provides or supports through its supply chain in Vietnam. It also underlines the gap between policy and reality, for example the dangerous “working assumption at [Unilever]headquarters that production workers were paid well above a living wage in its own operations”, which Oxfam researchers found to be false – directly employed workers did not earn a living wage, and contract workers earned even less. At the suppliers which Oxfam investigated, wages were found to be yet lower, with a reliance on excessive overtime to enable workers to earn enough to get by.

This is very much in tune with our own findings in supply chains around the world. Over the past six years, Impactt has visited nearly 700 production sites in 20 countries employing almost half a million workers, primarily in China, Bangladesh, India and the UK. The data from these visits takes in the views of over 17,500 workers across sectors including apparel, electronics, toys, homewares and food, primarily for the UK market. We have also spoken to thousands of factory owners, managers and supervisors. The bottom line is that the level of exploitation of workers remains at a high level, with wages slipping ever further behind the living wage. By our measures, exploitation has increased slightly over the past six years with people working harder, for wages which can buy them less of what they need, without the ability to bargain for more.

Workers from around the world tell a very similar story; their priorities, almost universally, are money, respect and a better life for their children, just the same as the priorities of almost everyone reading this blog. Yet Oxfam writes, “Workers’ perspective on wages and benefits was not found to be well understood by management.”

If I was offered three wishes to change the status quo, my first would be to give employers, contractors and purchasers the ability to understand workers’ priorities and perspective and the commitment to delivering these priorities.

“People must be the source of the company’s value. Unilever must be best in class as we charge a premium for our brands, so we must invest in training and working conditions… We compete on operating efficiency, quality, specification of products and responsiveness to customer demand. All this requires an empowered and skilled workforce… All Unilever’s analysis shows that where there are good conditions and empowerment of employees, the factory has the best results.”

But Oxfam identifies many mismatches between this ideal and the reality in Vietnam – particularly in the area of wages, workers’ number 1 priority.

My second wish would be that employers and purchasers should take another look at how to set wages, and opt for one which balances the profitability of the company with workers’ needs. As Nick Dalton says, these need not necessarily be in conflict – there is very strong evidence that great businesses go hand-in-hand with great jobs. But, the three dominant models for wage setting: via negotiation (near impossible in contexts without mature industrial relations); through statutory minima (often set in a highly politicised environment and unrelated to workers’ needs); and through shopping basket studies (used for calculating theoretical living wages, and almost never implemented) all somehow fail to deliver for billions of workers.

I would like to see more work on wage setting which focuses on the added value which workers bring –skills, quality, efficiency and loyalty, all of which contribute to profitability. Our work indicates that this approach can result in a significant uplift in wages – we have achieved an average pay increase of over 20% per hour within 6 months in our work in India and Bangladesh, particularly in garment factories.

My third wish would be for companies to implement measurable targets for labour rights and job quality, together with targets on productivity and quality, in order to demonstrate once and for all the causal link between great businesses and great jobs.

If Unilever could lead the way in measuring and disclosing these, then it would be well on the way to delivering a truly people-centric business.

This blog was first published on the Oxfam Policy and Practice Blog, and is reproduced with permission.