Gender Equality is Everyone’s Business: How Can Companies Engage Men as Allies Across the value chain? 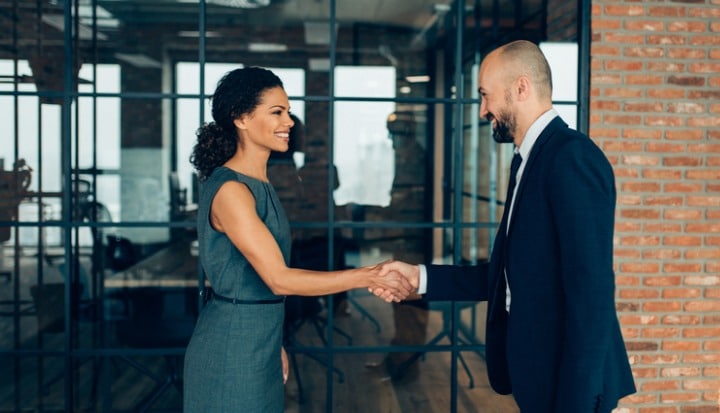 Due to launch in early February, a new report will reveal how companies have a unique opportunity to positively influence gender norms at scale by engaging #MenAsAllies to advance gender equality.​


Our new report reveals how companies have a unique opportunity to positively influence gender norms at scale by engaging #MenAsAllies to advance gender equality.

The global community has only ten years to achieve the UN Sustainable Development Goal 5 on gender equality. Yet reports suggest that at current rates, the target is unlikely to be met.

This is a challenge, not only for governments, multilaterals, not-for-profits and civil society but also for the business community. Business has a key role to play in working in partnership with others to advance gender equality, both within its own business operations and though action across its value chain.

In 2018, men held 77.5% of Fortune 500 board seats, while women held 22.5%. Indeed men continue to be over-represented at every level of leadership and management roles in large companies. While this is clearly problematic, it also offers an opportunity to involve men as allies for gender equality. There is also growing recognition of the importance of engaging men as allies with initiatives such as The UN’s #HeforShe campaign, which has mobilised a global network of male champions. And there is growing evidence of the business benefits, with one study showing gender-diverse leadership teams are 21% more likely to outperform on profitability.

However, there is little guidance for companies that wish to integrate this approach into their gender equality efforts.

For this reason, and true to the spirit of Sustainable Development Goal 17 ‘Partnership for the Goals’, Business Fights Poverty, AB InBev, CARE and Stanford University’s VMware Women’s Leadership Innovation Lab worked together to take a pulse check on the emerging area of engaging men as allies to advance gender equality in business. The aim being to provide a simple playbook to inform senior business leaders with insights and guidance to take action.

The research found three key reasons why engaging men for gender equality in business is important. Firstly, recognising power and privilege; once men are aware of the privileges they hold they can assume a new responsibility to challenge the structures and systems at work that produce inequality and exclusion. Secondly, preventing harm; men and women’s health can be negatively affected by current gender dynamics which may result in workplace cultures where excessive risk-taking and sexual harassment can thrive. Thirdly, accelerating progress; re-balancing men’s work and home lives could help  shift the significant amount of time women spend on caring responsibilities – which is a  a major barrier to gender equality.

It is also important to note that if menare not engaged in advancing gender equality, it can potentially undermine efforts and slow down progress. Sometimes they may even actively oppose this work. For example, a national survey of microfinance clients in Bangladesh found that some women were actually more susceptible to domestic violence after receiving loans, as the men in their lives sought to control the money women received or to punish women who could not repay.

The research also found that a number of critical considerations must be taken into account when engaging men as allies. For example men must build on women’s efforts and organisations and not replace them, and men must champion allyship, not be made champions.

Why a value chain approach?

Given their expansive value chains, large companies offer unique opportunities to shape and influence gender norms. From the research conducted, most company-led initiatives to engage men as allies have, to date, unsurprisingly been triggered by a desire to achieve greater parity in the workplace, often in traditionally ‘male-dominated’ sectors such as automobiles, beer, consulting and mining.

Two other emerging areas of action are in marketing and supply chain production. Businesses with large brands have begun to re-evaluate their advertising campaigns and challenge traditional gender stereotypes This includes Carling Black Labels’ ‘No Excuse Campaign’ to challenge violence against women in South Africa, and Dove Men+Care’s campaign for a global paternity leave standard.

Companieswhich source or produce in developing countries have taken steps to economically empower women and have included a specific focus on how to engage men in the process. In Papua New Guinea, for example, CARE helped to increase women’s participation in coffee-related extension services from less than 5% to 44% over five years. Engaging male leaders in coffee companies and husbands on family-run coffee farms was crucial to this outcome, given women’s roles were not previously recognised or valued by them.

There are many other potential opportunities to engage men as allies, including supplier diversity initiatives and product design. Indeed, leading companies could embed men as allies in their gender equality policies and programmes end to end across the value chain.

To effectively engage men as allies, companies need to look at supporting individual changes in attitudes and behaviours and ensure that organisational structures and policies are in place to support gender equality. They can also harness their indirect influence on wider society to shape gender norms through advertising and influencing government policies. The full Challenge report provides a variety of tools and approaches on how to do this.

Men and women working together for gender equality will ultimately bring benefits to all genders, to business, and to society as a whole.