The Real Meaning of 'Business with Purpose' 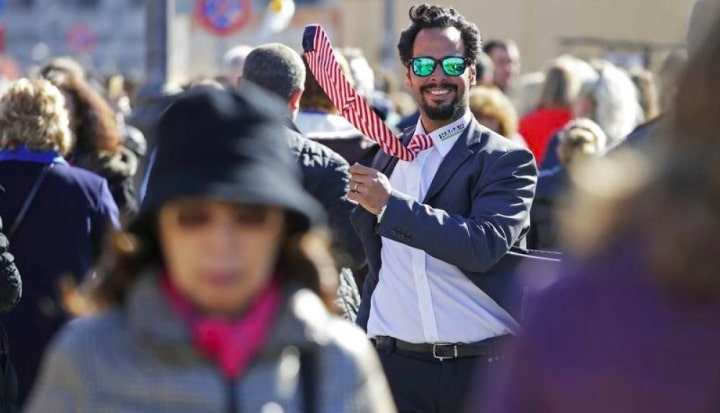 ‘Business with a purpose’. ‘Stakeholder capitalism’. ‘An economy with a conscience’. These are the catchphrases I hear on everyone’s lips this week at Davos.

We could certainly do with stakeholder capitalism. Capitalism’s great engine of growth has also become one of obscene inequality.

This week Oxfam revealed that the world’s billionaires own more wealth than 4.6 billion people, 60% of the world’s population. This takes place in our world in which nearly half the world live on less than $5.50 a day, according to the World Bank.

Inequality is spiraling out of control for all to see. The world is burning. It’s a booming time for billionaires.

But there is hope – real hope, real action, emerging from business, well-beyond the smart spin of the Davos that shows a different way.

An alternative business movement is emerging as a global phenomenon. It is an idea of its time, that we at Oxfam have humbly played our part in advocating for.

These alternative businesses share a common raison d'être that goes beyond solely making profit for their shareholders.

We know this kind of business well in my country, India. It includes social enterprises like Last Forest, which connects indigenous producers with the market and either reinvests the profit back into the business or shares it with its producers. Or Amul, an Indian daily cooperative of 3.6 million producers, formed out of a struggle by farmers to get paid a fair price for the milk they produced.

It includes businesses like Spain’s Mondragon, that turns over €12bn under the ownership and decision-making of its tens of thousands of employees, where the highest-paid earns no more than eight times the lowest.

It excitingly includes tech companies showing a different way to monopolistic giants. Take the democratic digital platform “Up & Go”, a majority-women worker-owned cleaning business in New York. In an industry rife with exploitation and low wages, Up & Go ensures that members take home 95% of the cleaning fee. Just 5% is needed to maintain the platform.

Such businesses are growing around the world. In America and Europe, alternative businesses contribute as much as 10% of GDP. They are creating jobs twice as fast as the traditional private sector. Globally, co-operatives generate $3 trillion in revenue each year and provide much more employment than every multinational corporation combined.

In Davos this week I recognize that multinationals are starting to see that having some greater purpose beyond profit alone is an appealing proposition to both their consumers and their employees.

The US Business Roundtable has recently issued a statement disavowing shareholder primacy. So does the Davos Manifesto 2020. It feels like there’s something new in the air.

And yet it also feels like we’ve been here before.

It wasn’t so long ago when weapons companies were marketing biodegradable landmines and BP rebranded itself as ‘Beyond Petroleum’ (despite being the sixth biggest carbon emitter in the world). They were pilloried for their “green-washing” hypocrisy.

And so it is never too soon to warn then against the dangers of “purpose-washing”. My message to business leaders at Davos this week is this:

Genuine “stakeholder capitalism” must be fundamentally more than a shiny new logo upon swish marketing strategy with some philanthropy thrown in.

We cannot celebrate a “social purpose” while your CEO rakes in 1,000 times more than your average employee. Or as you cherry-pick your Sustainable Development Goal to market in glossy ads. Or when you continue to run major parts of your balance sheets out of the Cayman Islands and other tax havens, or spew carbon throughout your supply chain without urgent plan to reduce that to zero.

Promising stakeholder capitalism while continuing to put shareholder’s profit interests first will be no more than “purpose washing”.

No, putting human dignity, sustainability and justice at the heart of purpose – not as words but as inescapable and non-negotiable principles – means companies need to genuinely change the way they are structured and the way they work.

I believe a manifesto for business for this era would headline with bold steps to reform corporate governance. Steps such as binding stakeholder representation on boards, banning dividends until a living wages are paid across supply chains, and sharing profits with all stakeholders not just all shareholders.

It would usher in country by country tax reporting and an end to base erosion and profit shifting. It would shine a light on how to stop abuses through Human Rights Due Diligence assessments and plans to address risks.

That for Oxfam is business with a purpose. Business that not only meets the crises of our time, but fosters an exciting future: designed to serve the principles of human dignity and of justice.