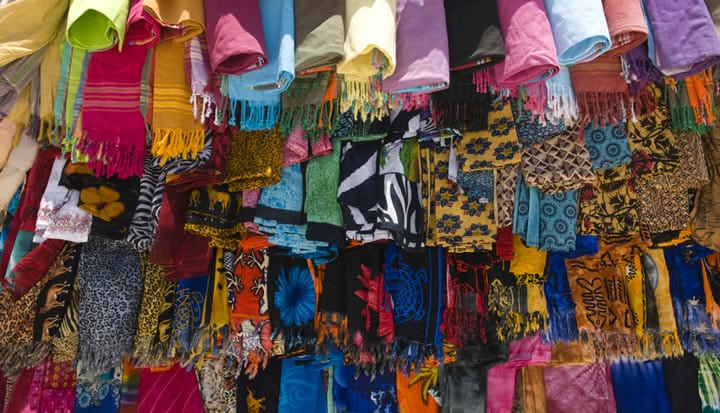 
How free trade can bring prosperity to people across the world.

The playwright George Bernard Shaw once wrote that poverty is “the greatest of evils and the worst of crimes.” While Shaw penned those poignant words more than a century ago, the reality is that too many people still lead lives filled with hunger and hardship.

Most unjust is the number of children who grow up in poverty. According to UNICEF, more than 160 million malnourished children under the age of five suffer from stunted growth, and 22,000 children die each day from starvation or other health issues caused by poverty. Most die quietly, never able to fight for themselves.

The good news is that gains have been made in reducing poverty. Between 1990 and 2010 – a period when communism fell and markets opened – the percentage of people living in extreme poverty in developing economies dropped by half, to 21 percent.

Still, that still leaves more than 1 billion people surviving on $1.25 or less a day. As Nelson Mandela once said, poverty is not an act of nature – it’s a man-made problem that can be overcome and eradicated by the actions of us all.

The World Bank has set an ambitious goal of bringing the last billion people out of extreme poverty by 2030, and it’s an endeavor we all should support. It truly will “take a village,” because the World Bank can’t end poverty solely through its development work.

The question then is what more can be done and, not surprisingly, there are reasonable differences on the other tactics we should employ. For instance, some call for forgiving the debts of poor countries, while others advocate for micro-financing programs that provide loans at the grass roots.

There’s another solution that has gotten little attention, yet is sitting right before us: enacting trade reforms that make it easier for every artisan, every entrepreneur, and every peasant farmer to sell their goods freely in other markets.

At UPS, we’ve always believed in the enabling power of trade, and I’m heartened this sentiment is gaining currency in development circles. For instance, the World Bank noted in a 2009 report that “sustained long-term poverty reduction depends on stimulating economic growth, which in turn depends on trade policy reform.”

History shows that nations that open their economies to trade become more prosperous over time. Liberalizing trade creates the supply and demand that prompts businesses to hire more employees, which in turn enables these workers to feed their families.

Opening economies also forces businesses to become more competitive. The ones that rise to the challenge are often able to then export their goods and services to other countries as well.

But first we must enact the trade initiatives that are currently on the table. These include the Trade in Services Agreement, the Transatlantic Trade and Investment Partnership (TTIP), the Trans-Pacific Partnership (TPP), and the Trade Facilitation Agreement (TFA).

Collectively, these initiatives would further reduce tariff and non-tariff barriers, would liberalize services and public procurement, and promote greater co-operation among regulators. And they would bring jobs — and hope — to regions where these are in short supply.

The Peterson Institute for International Economics estimates that the Trade Facilitation Agreement alone would create 21 million new jobs, with 18 million of those coming in the developing economies.

Too Powerful to Ignore

Of course, these initiatives have encountered their share of political resistance. This resistance was to be expected, because trade pacts have always inflamed passions.

Nearly 200 years ago, British historian Thomas B. Macaulay observed that “free trade — one of the greatest blessings which government can confer on its people — is in almost every country unpopular.”

But recent history has shown how trade can lift developing economies and their people. We only have to contrast the China of today — prosperous and globally engaged — with its pre-liberalization days to see the benefits of opening markets that were long walled off.

History has also shown the need to help economies make the transition to an open market. For instance, while the benefits of trade are undeniable, there’s a reasonable argument for providing assistance to displaced workers who need time to learn new skills.

These issues aside, all of us have a moral obligation not to waver in our support because the benefits of trade — economic and humanitarian — are too powerful to ignore. But it will take an ongoing commitment by nations and their people, along with the efforts of public and private sectors, to end the injustices that poverty bestows on the least advantaged.

This article first appeared on UPS Longitudes and is reproduced with permission.

One response to “Ending Poverty Through Trade”