To Change the World We Must Change Ourselves 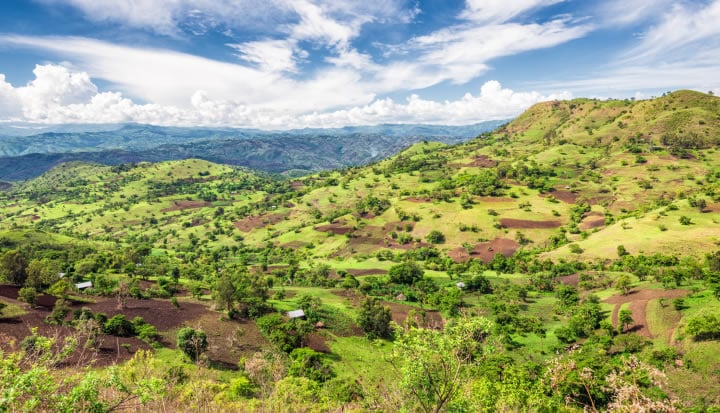 To Change the World We Must Change Ourselves


The Mediterranean sea has become a graveyard for Africa’s youth. Every day, we see images of what would appear to be a continent racked by conflict and poverty, and people risking – often losing – their lives in an attempt to flee . Yet Africa has 11 of the 20 fastest growing economies in the world. Africa has enormous resources, and almost half of the world’s uncultivated land that is suitable for growing food crops. So why are so many people desperate to leave behind a land of such opportunity?

Part of the answer is that the vast wealth of Africa is often not being translated into development. Often it benefits only a few, or is squandered altogether. Illicit outflows from Africa totaled $69 billion in 2014. To achieve development we need much more than just resources.

Certainly, money can address some of the deficits that trap millions of people – especially rural people -- in poverty. They need infrastructure, starting with the roads that will take them to school or market, as well as electrification, water and sanitation systems. They need education, health care, decent wages, access to finance.

But there are also things that money can’t buy. Leadership, good governance, commitment to the rule of law, and an enabling environment to attract investment. The social responsibility to pay fair wages, create decent employment, and pay taxes.

The Third International Conference on Financing for Development (FfD), soon to convene in Addis Ababa, Ethiopia, is one leg of the route that global leaders have charted toward a new international consensus to change the world we live in and to eliminate extreme poverty and hunger. Ahead lie the finalization of the Post-2015 Agenda and Sustainable Development Goals (SDGs) and a new global agreement on climate change. The goals are necessary for our collective future. Without a solid consensus over the financing and resources needed, however, goals remain simply wishes.

But it’s not just about the money, still less about aid in the conventional sense. The key to a sustainable future free of poverty and hunger is people. The world leaders gathering in Addis need look no further than the continent where they are meeting to see this.

Africa is rich. Its extractive industries have provided revenues in the hundreds of billions of dollars. Yet Africa’s resource-rich countries have some of the world’s highest child mortality rates, and a dozen have in excess of 100 child deaths for every 1,000 live births. This travesty illustrates that there are other resources besides money that are necessary for development, starting with leadership, accountability and commitment.

Three quarters of the world's poor and chronically hungry people live in rural areas and are also mainly dependent on agriculture for their livelihoods. Smallholder farmers and rural entrepreneurs could contribute much more to producing food, job creation, national economic growth, and the preservation of natural resources. Yet they often lack the tools to do so. And many of those who are producers of food go hungry themselves.

Investment in rural development is key to delivering a host of development objectives, including adequate food, clean air, fresh water and biodiversity. And growth in the agricultural sector has been estimated to be at least three times more effective in reducing poverty as growth in any other area. In sub-Saharan Africa, the figure is 11 times.

Change must start from within. An institution like mine, the International Fund for Agricultural Development, offers support. We are investing. We are sharing knowledge and best practices. As the only IFI in the United Nations we are committed partners in rural transformation. But the fact remains that no donor institution can transform countries unless they are willing to transform themselves.

Ethiopia, a country once synonymous with famine, is now among Africa's fastest growing economies. Investment in rural infrastructure and agricultural transformation have done what no amount of aid could have. Ethiopia is Africa's number one exporter of honey, and has the second largest horticultural industry.

So let us remember that not all commitments are measured in dollars. True, to save ourselves, our future and our planet, we need major resources, both public and private. But we also need the commitment of responsible governors, legislators, investors, business people and partners of all kinds to see that the investments are just and inclusive. And this has to happen beyond Africa. The Addis Ababa Accord provides a chance not just to count the money, but make sure the money counts.