Designing for People, Not Problems, Will Help Us Tackle the Global Sanitation Crisis 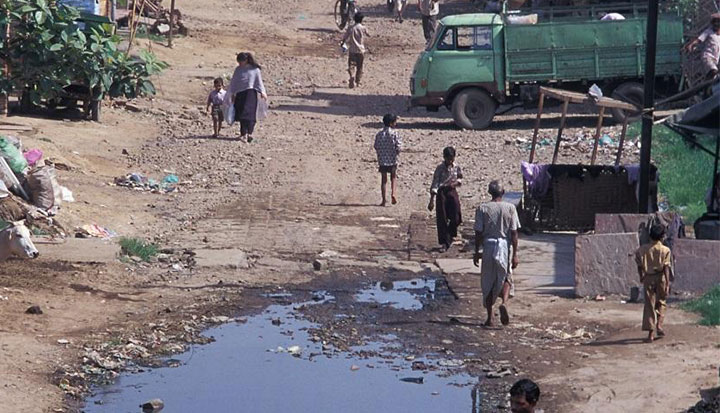 This World Toilet Day, Lixil, one of the world’s largest sanitary ware manufacturers share their insights on innovating for those at the base of the pyramid and why they see toilets as the next big business opportunity.


Toilets have transformed the way we live today. From health, to safety, to convenience - being able to access a toilet from the comfort of our own home no longer seems like a luxury. That’s why to many of us, World Toilet Day – which takes place this week on 19th November – may seem like an obscure day to be commemorated by the United Nations. But 4.5 billion people don’t have access to a toilet that safely disposes of waste in their home, something we in the developed world consider a basic right. And 1/3 of people across the world today do not even have access to basic sanitation, causing the transmission of diseases such as cholera, diarrhea, dysentery, hepatitis A, typhoid – the list goes on.

So, toilets are important. Also crucial then, is the design of a toilet. When you think of great design, you may not think of a toilet, but sometimes great design comes in places you’ll never see. Since toilets became commonplace in the developed world, though, they have seen little design innovation. And most of the innovation we have seen has been focused on upgrading your standard ceramic toilet to a luxury shower toilet, as opposed to advancements for those who don’t have access to a toilet.

The billions of people who lack access to basic and safe sanitation, however, deserve to be the focus of our innovation. This belief is why at LIXIL we are innovating both for those who want to buy a shower toilet, and those who don’t even have access to a toilet. It’s why we’ve chosen to create a business unit dedicated to providing a full range of sanitation products for communities with difficulty accessing safe toilets. The SATO unit makes us the first company to provide sanitary solutions to these communities as well as those in the developed world wanting to upgrade to the latest toilet technology.

Whether innovating for those at the base of the economic pyramid, or those right at the top, there’s one principle we must follow: if we’re innovating for people, people must be at the core of the solution. This is called human-centered design.

When we face a global sanitation crisis of such enormity, one where behavioral barriers are as much of a challenge to overcome as lack of infrastructure – if not more – this principle becomes even more crucial. I look to India specifically to illustrate this point. Despite thousands of toilets being built every day under the Indian Government’s Swachh Bharat Mission, the government estimates that the number of people still defecating in the open is an estimated 320 million. But the challenge here is no longer just about access to hardware; it is about addressing behavioral barriers, which can only be understood by first understanding people.

When LIXIL’s sanitation initiatives team visited India to investigate how we needed to adapt our original SATO latrine pan for India’s individual challenges, we noticed something interesting. The technical challenges posed by some of the commonly used hardware – Twin-Pit Pour-Flush (TPPF) latrines – is creating a behavioral barrier to use. Most of the 47,000 TPPF latrines built in India every day feature a junction box for switching between pits that is prone to clogging. As a result, people are skeptical of it to even begin with. And even if they decide to install and use a toilet, if it eventually clogs, they are likely return to their old habits of open defecation.

Armed with the understanding that at the core of the challenge was people not believing in TPPFs, we went to work developing an entirely new SATO product. This product would tackle these technical challenges, and as a result – we hope (the new model is currently being piloted in two cities) – take on the behavioural challenge and convince people that a toilet can work for them.

People – not just the technical solution – were at the heart of this challenge. Only through recognizing that it was not just a technical barrier that we had to solve, could we really understand the scale of the challenge. This is one example of human-centric innovation. If we are to help the 892 million people around the world who still defecate in the open – in street gutters, behind bushes or into open bodies of water – access and use safe toilets, we must deliver ever more impactful solutions.

Smell, an arduous purchase process, installation challenges, perception – all play into the decision to use a toilet or not to. Understanding the human response to such challenges is central to solving this crisis. Those seeking to develop solutions must engage with the people who will be using them and as a global community, we must start to think of solutions that put people first.