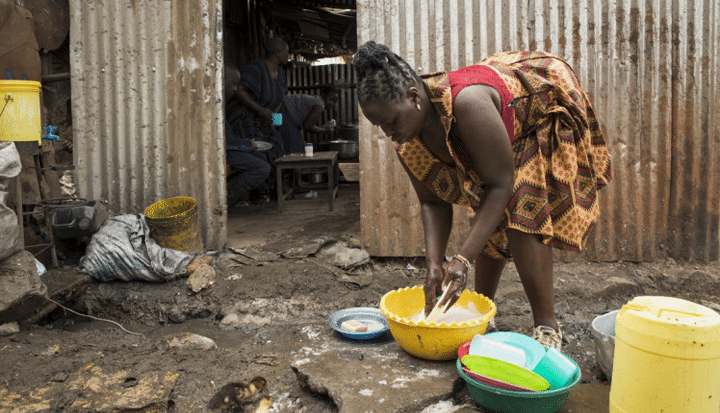 Oxfam discusses the importance of engaging with responsible businesses around Tax Avoidance and their latest hard-hitting video “The Heist the Noone’s talking about”, which highlights the real human costs of corporate tax avoidance in developing countries.

Oxfam engages with a wide range of actors – citizens, journalists, political leaders, policymakers and allies within the private sector – to achieve the changes we need to build a fairer, more transparent tax system.

Two weeks ago, Oxfam released The Heist That No One’s Talking About, a hard-hitting filmthat brings to life a complicated issue – tax avoidance. The UN estimatesthat corporate tax avoidance costs developing countries at least $100 billion a year. This is money that governments could choose to spend on fighting poverty, providing life-saving medicines and piping clean water to people’s homes. We made the film to show there is a real human cost of corporate tax avoidance, and to build public support for change.

We know the film is shocking. In fact, Oxfam asked the British Board of Film Classification (BBFC) for a rating to ensure the film reaches the right audiences without causing undue distress and we show this recommended age (15) and warning at the start.

We chose to use a bold metaphor in the film because our experience is that strong communications are critical to raise awareness of the issues affecting people in poverty and to build support for action to help them. So far, the film has had more than 1.5 million views, and over 5,000 shares.

At the same time, we have heard from some people that the film appears to be an attack on companies. We have been asked – Does Oxfam think all companies are villains?

The answer, of course, is No.

Oxfam works with many companies, and we know that responsible businesses have a crucial role to play in helping to reduce poverty, for example through creating decent jobs and by paying taxes that help fund the public services we all need. In addition to campaigning and building public support for action, we also engage with companies because they have the potential to be powerful agents of change. Leaders such as those companies in the B Team play an invaluable role in driving progress towards a more equitable and sustainable world.

While the tax affairs of most companies are mired in opacity, Oxfam makes a concerted effort to recognise and applaud the forward-looking steps that some companies, such as Pearson, Vodafone and SSE, are making on tax transparency on a voluntary basis. By showing that good practice is possible, and by speaking up about the solutions, as SSE does in a guest blog for Oxfam, companies can nudge governments to bring in effective rules and regulations to level the playing field for business.

There continues to be a lot of resistance to the notion of tax transparency. To win this fight, we need more forward-thinking companies onside, just as much as we need public support for action.

The stakes are high. Developing country governments are twice as dependent on corporate tax revenues than wealthier country governments. There are still around 400 million people who don’t have access to one of seven essential health services, and an estimated 124 million children out of school.

We don’t always agree on everything but Oxfam values our engagement with companies on thorny issues, including tax. This is why we have held Tax Dialogues around the world, and we recognise that discussing contentious issues requires both sides to demonstrate patience, humility and respect.

We will continue to walk the tightrope and navigate through the challenges that come from engaging with a wide range of actors – citizens, journalists, political leaders, policymakers and allies within the private sector. This is because it will take awareness, engagement and support from all those actors to achieve the changes we need to build a fairer, more transparent tax system.