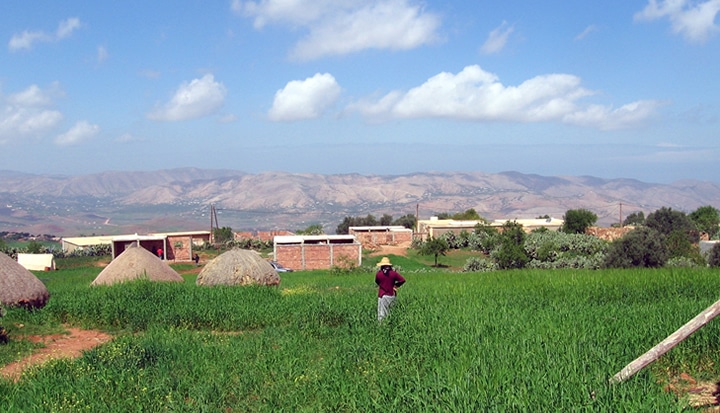 
In February this year I walked into our Freetown office, in Sierra Leone, and was greeted with “Think Small! You’re here! Welcome!” – who needs a name when one has a project so closely associated with you?

It’s true… when I look at the blogs I’ve written and my work in general, most of my time is spent ‘thinking small’. I’m excited to announce that this work over the last year has finally lead to something tangible… our second Thinking Small policy paper has officially been launched; “Big Ideas from Small Entrepreneurs: Understanding the needs and priorities of small-scale farmers and business owners”.

Facilitating this research process has been a fascinating learning experience for me. It allowed me to travel to Myanmar, Cambodia and Sierra Leone and talk to small business owners themselves about the challenges and constraints that they face in operating their businesses. What stood out for me most strongly is that the things that donors are focussed on (which a recent report [1] highlights are often interventions aimed at improving the climate for investors and public-private partnerships) are not the things these small-scale entrepreneurs talked about as challenges to the success of their businesses. As we continued this research in 11 other countries, these results kept coming through strongly – currently we’re just not thinking small!

In fact, when we asked participants to rank how important a predefined list of ‘obstacles’ were to the success of their businesses, the issues which they focussed on were very different from the list of issues that are currently a priority for some donors. [2] The Chart below captures these results. [3] The top five issues which accounted for the majority of their concerns, included only one match with donor priorities: getting credit. The rest of the issues we asked them about (a donor list) registered as much lower concerns.

Based in the findings summarised in this chart and on other discussions we had in workshops we were able to identify 5 priorities for small businesses. These include: financial services, infrastructure and public services, demand, human capital and risk and stability.

These five priorities were surprisingly consistent across all countries involved in the research, although they might vary in relative importance and sometimes a specific issue might arise in a particular country, and of course the nature of the problem would be context specific.

This suggests strongly that these issues need attention. We also found, though, that the way we tackle these issues is just as important as the issues themselves; in other words it’s not just the what that matters, it’s the how. In the report we therefore highlight five guiding principles in tackling these issues which emerged from discussions with small business owners. This involves working in a way that is proactive, targeted, comprehensive and locally appropriate, and which responds to social and political exclusion.

What was apparent from this work is that there is still much more work to be done… donor and government private sector development strategies still have some way to go before they truly begin to think small… and so, for now, it appears that my new name will stick… I’ll be thinking small for some time yet.

We would welcome any thoughts and comments you have on this paper as well as any thoughts or lessons that you have from your own work with this sector.

[2] The issues we tested were based on an established donor list (specifically, the World Bank’s Doing Business Project list of criteria for ease of doing business in a country) and included four additional items which small businesses had highlighted as issues or challenges in Thinking Small 1.

[3] These percentages are based on weighted scores given to each of these obstacles by participants in the research. Obstacles with a higher percentage were rated as greater obstacles to the success of one’s business by more small business owners.

This blog first appeared on the CAFOD Blog as is reproduced with permission.