Typhoon Haiyan - How Business Can Help 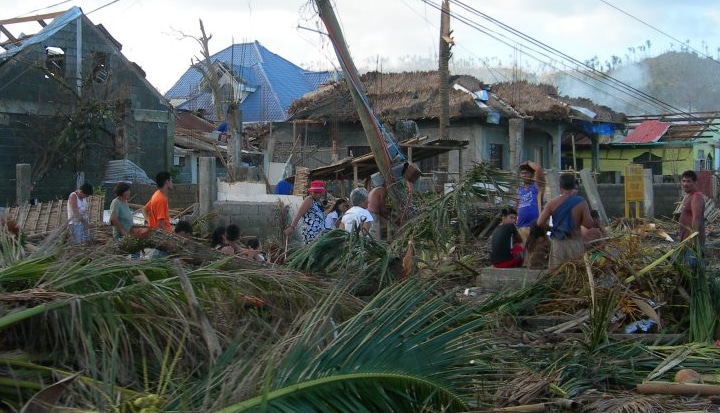 Typhoon Haiyan - How Business Can Help


Business in the Community is urging businesses to go beyond money and to use their resources, skills, products, services and networks to support people in the aftermath of the typhoon in the Philippines.

Typhoon Haiyan is reported to be the strongest storm ever recorded that has hit land. It has caused shocking devastation and destruction across the Philippines and the region and more high winds are forecast.

Over four million people have had their lives, homes and livelihoods destroyed. The majority of those affected are the poorest of society; the least resilient to disasters with little or no ability to rebuild their lives alone.

Although the government of the Philippines evacuated nearly 800,000 people and had stockpiled a reserve of food packages for 500,000 people, the unprecendented scale of this disaster has meant that this was not enough. The government is now leading the disaster relief response with the support of the United Nations, non-governmental organisations and other governments.

The UN has called for a huge international response to the Typhoon Haiyan disaster and the Disaster Emergency Committee (DEC[1]) has also declared this an international disaster.

Through the Department of International Development (DFID), Britain has now committed £10 million to support the victims of the disaster. The UK government has deployed a Royal Navy warship and a RAF military transport aircraft which will help deliver life-saving supplies and has sent experts and advisors to the country to help support the international response.

The International Development Minister Alan Duncan told the BBC “We are doing our best. It is going to need a lot more than us. The whole world community is going to have to work together”.

The call to action for business is clear. As we have done for past international disasters, BITC aims to mobilise corporate support to help the victims and the devastation of Typhoon Haiyan.

Business has the ability to go beyond money and to use its resource, skills, products, services and networks to support the most vulnerable members of our global community in the aftermath of international disasters.

We are supporting businesses to respond to this disaster through our Responding to Disasters framework and we want you to share with us the action you are taking so that we can share it to inspire and encourage others to do the same.

What is BITC doing?

So far BITC has:

We are also encouraging our members and others to use our Responding to Disasters resources, and to contact [email protected] to let us know about actions taken to support those affected by Typhoon Haiyan, so that BITC can share it to inspire and encourage others.

[1] The DEC brings 14 leading UK aid charities together in times of crisis: www.dec.org.uk

This blog first appeared on the Business in the Community Blog, and is reproduced with permission.