Fighting Poverty: What's in it for Business? 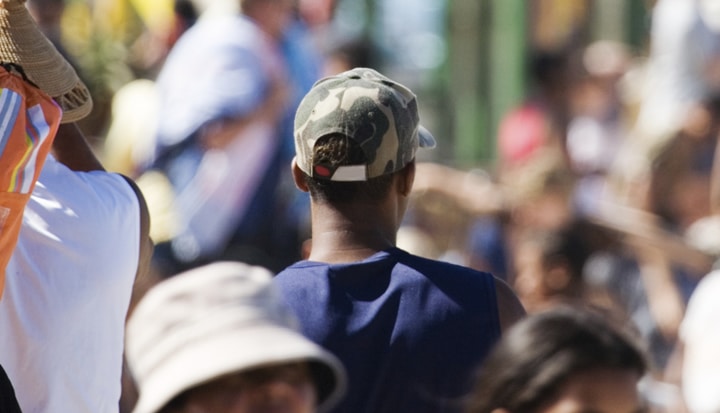 
It's time to discuss the business opportunities in serving poor consumers.

The Case for Ending Poverty

You may feel, as I do, that poverty is humankind’s greatest shame. But there are numerous practical considerations, too: the horrendous waste of human talent; the prospect that the end of wide-scale poverty might lower the level of conflict in the world; the severe environmental problems, such as erosion, soil depletion and deforestation, caused by the constraints life puts on poor people; and, perhaps most importantly, continuing overpopulation, which adds a multiplier effect to the existing pressure that humanity exerts on our dwindling resource base.

All this adds up to a powerful moral and practical case for ending poverty. But there is also a compelling business case, as is obvious to any thoughtful strategic planner at a multinational firm with a global footprint.

Five factors come to the fore in any serious analysis.

A virtually untapped market numbering 2.7 billion potential customers is simply too big to overlook. The emerging economies of the Global South, not even counting China and Russia, collectively generate $12 trillion, or nearly one-fifth (18 percent) of the world’s total economic output.

Remarkably, these trillions of dollars of purchasing power do not reside solely among the elites and the limited middle class of these developing nations; more than 50 percent of the purchasing power is in the hands of people at the bottom of the pyramid.

Dig a little below the surface of many of Europe’s and America’s biggest multinational companies, and you’re likely to find that a large and growing percentage of their profits comes not from their traditional homelands but from the emerging markets of the Global South.

Increasingly, the world’s leading businesses are coming to realize that establishing themselves firmly in these new markets is a matter of corporate life and death. The world’s 2.7 billion poor people are, for global business, “the New Frontier.”

Even a cursory reading of business history quickly leads to the realization that business is volatile and subject to frequent, sometimes disruptive change. Of the original Dow Jones Industrial Average stocks selected in 1896, only GE remains on the list.

Disruptions in the world of business never stop coming. Remember Tower Records? Blockbuster? Kodak? All three were billion-dollar companies until just a few years ago, and all three are now history.

Some large corporations have already successfully demonstrated that an established company can move significantly down-market and make a profit, while stealing a march on competitors.

For example, Walmart, Hyundai, Unilever and Cummins have all taken the first step, providing products and services for the middle class in emerging nations. Eventually, they may be forced to take the next step and serve $2-a-day customers as well.

Poor people happen to live right next to a surprisingly high proportion of the world’s natural resources, and their hands-on participation is required to gain access to these resources. For example, most of the freshwater on Earth is located where few people live—except poor people.

Is this not an opportunity to create a transformative new market, “harvesting” water in ways that improve the health of millions, distribute the bounty more fairly, reduce the waste of water in agriculture and profit local residents? Abundant sources of water as well as many other invaluable natural resources add up to a treasure house of potential business profit (and benefits to those who live nearby) that, in the long run, industry simply will not be able to ignore.

The opportunities are there for all to see:

Paul Polak [co-author of The Business Solution to Poverty] and I believe that each of these areas, and many more, offer huge opportunities to create profitable global companies capable of transforming business as usual and transforming the lives of poor people in the process.

A Revolutionary Shift in Business Thinking: Serving the Bottom Billions

Most emerging countries are characterized by a tiny elite that shares the cosmopolitan values of Europe and North America and a large mass of poor people whose lives are circumscribed by geography, custom, ethnicity, gender, and religion as well as socioeconomic status.

The elite typically constitute a market that’s too small to justify the expense of setting up shop in an underdeveloped and often unstable country. Some businesses have successfully launched products that serve the middle class in these countries, but this market already has strong competition.

The true business opportunity lies among the bottom billions. Selling to these billions of people requires a revolutionary shift in business thinking – beginning before products and services are even conceived. This is a difficult hurdle for any business to leap, but it can be done.

Next, we’ll outline just how entrepreneurs, investors and existing businesses can successfully serve the bottom of the pyramid.

This blog was previously published on CSR Wire and is reproduced with permission.

This is the fourth in a six-part series on the fight against global poverty adapted from The Business Solution to Poverty: Designing Products and Services f..., by Paul Polak and Mal Warwick.