Why working with men is key to fighting inequality 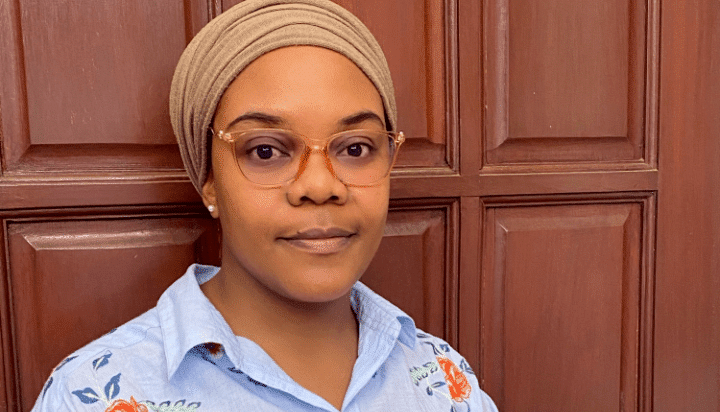 
Across Tanzania women make up over half of the agricultural workforce. They earn, on average, a third of what men do, and many will not get paid at all. Farm work is heavy, physical labour, and, on top of that, women are solely responsible for domestic work and childcare.

The communities we operate in are deeply patriarchal. Men are expected to be breadwinners. Most would find the idea of helping their wives with domestic work laughable, even shameful. Here, if you are a woman, you are expected to look to your husband for everything. If you need salt, soap or clothes you must ask. You feel like you don’t have value.

At Hand in Hand, we know gender equality won’t happen until women have economic equality too. We’ve supported over 3 million women worldwide to earn their own incomes, because when women control their own finances, they can speak up and make themselves heard at home and within their communities.

In rural Tanzania formal employment is rare, and the alternatives, such as smallholder farming and shopkeeping, are typically a man’s domain. Our programmes help women challenge damaging gender norms about what a woman’s role ‘should’ be, and give them the skills and confidence to start a micro-enterprise of their own.

Supporting women to create and run small businesses is a major step, but if the wider community still views women entrepreneurs with suspicion, or even hostility, we’re limiting the impact we can make. For women’s economic empowerment to reach its full potential, men must buy in too.

In very traditional societies, the idea of a woman earning an income is seen as a threat to a man’s position and status. That’s why, at the same time as providing women with entrepreneurship training, we run men-only workshops for their husbands, their fathers and their brothers. Here, we open up a discussion around gender roles, the division of labour at home, even gender-based violence. Through our workshops, we aim to shift the man’s perspective, so they see men and women can be a team – contributing to the family together, instead of being in competition.

Theresia Kesoi (from Samaria village, near Arusha, TZ) and her husband doing household chores and laundry together.

Can we really overcome attitudes that have persisted for hundreds of years? We believe change takes time, and what we’re doing is simply planting a seed. What we do know is long-term change is rarely possible without support from the wider community – so at the start of the project we engaged with clan leaders, church leaders and local government representatives. Despite this, at the beginning of the project our trainers were viewed with a great deal of mistrust.

It's important to stress that rigid gender norms hurt men too. Men are under so much pressure to provide for their families, but if a man becomes ill or loses work then the household income plumets to zero. If his wife is also earning, then, instantly, that risk of poverty is reduced.

Already, we’re seeing evidence that mindsets are changing. Previously, men had the last word on every household decision. What to buy, what to sell – whether their daughter goes to school or stays at home. Now, thanks to the workshops, men are starting to take on responsibility for childcare, or supporting their wives to try out new agricultural practices on the farm – all things that would have once been unthinkable.

Before, if a woman took home an income, she would hide it from her husband. Now, the couple will sit down as a family and make a financial plan together. Giving men a chance to rethink traditional gender roles doesn’t just help break down the barriers faced by women, it creates strong families – where men and women can work together as partners.