Why Companies Fail to Pay a Living Wage 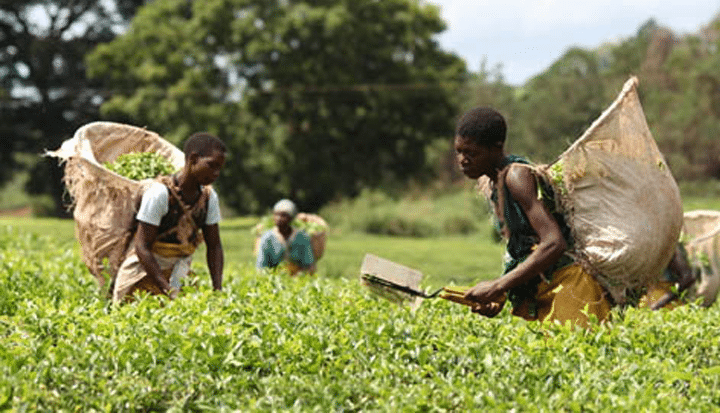 Why Companies Fail to Pay a Living Wage


With companies seeking to maximise profits to meet investors' expectations, workers in the supply chain lose out and remain trapped in poverty. Erinch Sahan looks at why workers continue to earn poverty wages around the world and argues that companies need to be given the freedom to forgo profits for the greater good of shared prosperity.

This isn't new. We have known for decades that it is immoral for people who make and grow the products we enjoy to earn poverty wages, given the businesses involved make healthy profits. Put simply, workers, from farms in Malawi to factories in Bangladesh, are trapped in poverty while everyone else profits.

But why? We need to keep asking why. This is where I, along with a few much smarter colleagues at Oxfam, got to when we asked why over a three-hour conversation on a slow work day on New Year's Eve, following publication of our living wage briefing for companies in December.

Say you're a business that wants to make sure workers in your supply chain earn more. You cannot get away from the fact that this costs more and therefore hits your profit margin. Your investors would make less money (e.g. lower dividends) and you have smaller profits available to invest into growing your business (e.g. marketing). A senior executive in one of the world's largest companies told me recently that that this is "commercially unsustainable", claiming: "if we are to give up profits to pass value down the supply chain, we would shrink over time and competitors who don't relinquish profits, who invest more into marketing, would dominate the market".

What a bleak reality. That executive, by the way, is at the helm of one of the more 'sustainable' companies, recognised for policies and practices judged to be industry leading by rating initiatives. But even they, with their dominant size and grand claims for social good, give up on actually passing value down their supply chain which they judge to be rightfully (and necessarily) theirs.

Paying what you can get away with

A common excuse we hear when advocating for a living wage is the 'Mercedes effect', underpinned by statements like "If I pay a higher price to suppliers their executives will just buy themselves another Mercedes, not pass the money onto workers". This shows that suppliers and lead firms are stuck in the same cycle: why would you pay more to workers than the minimum you can get away with in the market?

Instead, lead firms look for 'win-win' approaches to free up value at production level. I'm told improving productivity means factories and farms make more money by producing more and/or incurring lower costs. This doesn't always work though. Kenyan tea is a case in point. Increases in productivity led to a bumper crop in 2014 and the price went down, impacting farmers and workers in Kenya and in neighbouring Malawi, who lost orders to Kenya, hindering a joint effort to raise poverty wages. That's just how markets work. Greater productivity increases supply and lowers the price, and we're back to where we started.

What if companies were content with sufficient profits? What if they weren't trying to grow? Could they free up profits then and do so in a way that allows them to survive as a business? According to Mr Senior Executive from that large company, "No". At least not unless a level playing field is enforced or competitors also voluntarily forgo profits or growth. I disagree with Mr Senior Executive: surely companies could settle for adequate profits, invested into retaining market share and being commercially sustainable and stopping at that. Who prevents this? Investors who expect higher profits and growth. An ethical sourcing manager at a much admired retailer recently admitted privately "it's easier for companies like H&M to make living wage commitments - they are not owned by shareholders. We are under constant pressure to maximise margins for our owners."

There is a phenomenon of enlightened self-interest among a group of forward thinking (listed) multinationals. They are pushing the envelope on sustainability, aggressively making the business case for win-win practices both internally and externally. Encouragingly, they do adopt practices that have positive impacts. The sustainability field has grown around them and adopted the same parameters they must live in. But speaking to their suppliers, you learn that the recognised sustainability leaders play the toughest of hardball in price negotiations. They are no more 'generous' than others.

I want to believe that win-wins will fix things. This is the straightjacket we have to wear if voluntary approaches are to lead to higher wages in a world where maximising profits is the end game. There is the odd pilot that shows the broader business benefits of higher wages, and productivity gains in the garment sector that have enabled small increases in wages. But, most of the time, the solution requires that someone is ok giving up profits. Unfortunately most companies are beholden to financial interests that give them little or no scope for this. That is why workers around the world continue to earn poverty wages despite being part of profitable supply chains. Either the owners of companies must give them the freedom to forgo profits for the greater good of shared prosperity, or the level playing field must be raised to enable companies to grow and prosper while providing wages that workers deserve.

Editor's Note: This blog was previously published on OXFAM and is reproduced with permission.
Previous postNext post

One response to “Why Companies Fail to Pay a Living Wage”