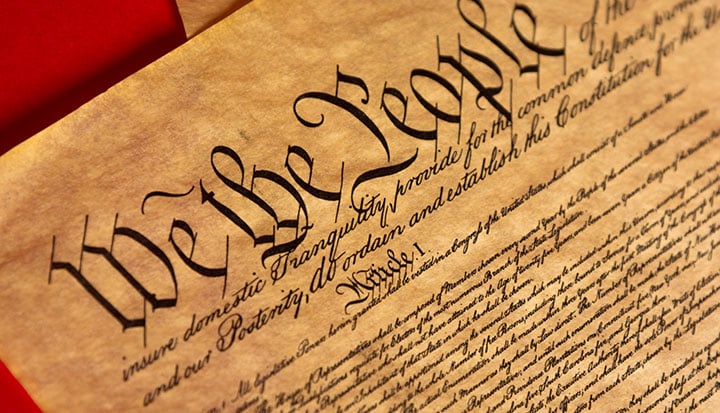 
The United States, United Kingdom and the European Union are undergoing dramatic social, economic and cultural change in a volatile political environment. Donald Trump’s victory was the outcome of years of disturbing world events, a turbulent financial system, and economic stagnation in the U.S.

In the wake of the election, the political system being scrutinized, lack of trust and transparency, ‘We the People’ have to live with it and has forced us to take poise.

Preamble to The Constitution of the United States and Bill of Rights:

‘We the People’ of the United States, in Order to form a more perfect Union, establish Justice, insure domestic Tranquility, provide for the common defense, promote the general Welfare, and secure the Blessings of Liberty to ourselves and our Posterity, do ordain and establish this Constitution for the United States of America.

What is certain is that progress must be made to ensure a healthy planet for our future generations.

As we reflect on the complex global challenges, notably the widening gap between the rich and the poor, government(s) and hierarchical systems alone cannot address the multiple social, environmental and economic problems.

‘The world perishes not from bandits and fires, but from hatred, hostility, and all these petty squabbles.’ Anton Chekhov

A recap of the realities we face:

In the face of a disruptive economy and new technologies emerging every day, institutions are tasked to make progress with the Sustainability Development Goals (SDGs) which cites no poverty, zero hunger and partnerships for the goals among top priorities. Key considerations for 2017 include:

Conclusion: The co-creation of programs at the local and global level with businesses, academia, civil society/nonprofits will continue to be essential for restoring and building resilient communities. However, what is fundamental to success is to convene more alliances, break down silos, enforce dialogue and action on a united front.

Since 2005, Reputation Dynamics (RD) has been committed to addressing social, environmental and human justice issues. RD will continue to mobilize corporations, NGOs/civil society and academia to devise share-valued approaches based on longer-term community needs and improvement of livelihoods.

‘We the People’ deserve our dignity, freedom, potential, human and social justice.

We welcome a dialogue with colleagues who are committed to making the world a better place and exploring opportunities for collaboration in 2017.

One response to “‘We the People’ for Social and Economic Sustainability”