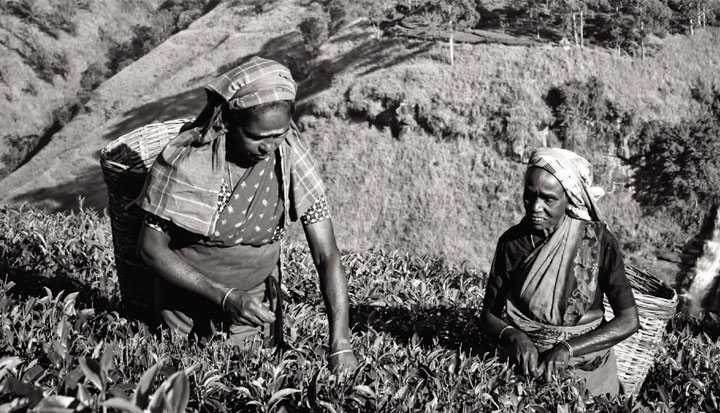 Go to the BHRRC registry here.

As citizens, we can only hold politicians and governments to account for meeting promises and upholding obligations with credible evidence. This holds true for modern slavery. Without evidence, we cannot avoid denial by corporate lawyers that companies are violating human rights. And victims cannot claim restitution without proof of crime.

In this post-truth age, how much does evidence matter? How should we regard the value of research and data when politicians can say what they like, whether or not that is based on evidence? Does sounding 'authentic' and feeding on people's fears and prejudices take precedence over accuracy and hard facts?

Most importantly, what does this mean for human rights due diligence, tackling modern slavery and ethical trade? Now, more than ever, evidence is vital.

The requirement for companies to produce a Modern Slavery Statement under Section 54 of the UK Modern Slavery Act is a good example of the value of evidence.

On the surface, the Act’s requirements are minimal. Companies with an annual turnover of £36 million or more must produce an annual statement signed off by a senior executive and ensure a link is placed prominently on their homepage. But what’s at stake is a public statement of evidence; on the steps a company is taking to ensure that slavery is not occurring in either its direct operations or its supply chains.

That simple requirement to publish has been transformational, as a ETI/Hult Business School research report has revealed. The Modern Slavery Act is driving some fundamental soul-searching, at least amongst more responsible companies.

Furthermore, it is pushing all companies with an annual turnover of £36m to think about modern slavery – because they must decide what they will put in their statement of evidence.

Which companies are required to report

Now that the need for evidence of company action has been established, how do citizens, civil society and others review the evidence? How do they hold companies to account for their actions and progress?

Government has said that it is not their responsibility to establish a central registry of Modern Slavery Statements. They argue that they have established the legislation and it is for the public – investors, consumers and civil society organisations – to hold companies to account.

In practice, this presents a problem. Policy advocates, including the Ethical Trading Initiative, argue that it is very difficult for civil society do this when we don’t know which companies are required to report.

Her bill is calling for amendments to the Modern Slavery Act that include a requirement for government to publish a list of companies that meet the £36 million threshold. The Bill also calls for all public contracts to be subject to the same requirements as other companies. And that’s important too, because government must demonstrate a practical commitment to transparency legislation in its own back yard.

The principle of civil society holding companies and the government to account is the right one.

It places responsibility on companies to ensure that the evidence they produce is as robust as possible; and to convince on the authenticity of their commitments and their actions to address modern slavery in their operations and supply chains. They also need to demonstrate year-on-year progress against their obligation to eradicate the risk of modern slavery in the long term.

The Business and Human Rights Resource Centre (BHRRC) provides the only independent, credible, free, open and accessible Central Registry for Modern Slavery Statements that is accountable to the public interest. The BHRRC is exactly the right home for this; its primary purpose is to share knowledge, research and evidence to drive improved practice on business and human rights, and to expose bad practice so that lessons can be learned.

It’s in the spirit of Section 54 of the Modern Slavery Act and it’s why the Ethical Trading Initiative strongly endorses this Registry and is encouraging our corporate members to upload their statements on this site. Additionally, we have agreed to be part of an Advisory Committee to provide independent oversight and advice to help ensure that it is sustainable in the long term.

From a multi-stakeholder perspective committed to improving workers’ rights and working conditions in global supply chains, ETI feels it is vital that there is an independent platform that enables key stakeholders to review and analyse Modern Slavery Statements. BHRRC’s Registry has easy-to-use search functions by company name, sector and geographic location, and could help drive a race to the top.

We accept that the first year of statements may well be disappointing.

A good statement is likely to reveal all the areas that a company doesn’t know about and what they are doing to address the risks they are aware of. Bad statements will claim zero tolerance of modern slavery and assert they don’t have a problem.

The critical time will come in the second, third and fourth years of annual statements. That’s when we will begin to track real progress, and discern those companies whose statements sound good, from those who can demonstrate real progress.

There are no magic bullets or quick fixes on modern slavery. But the global commitment to tackle modern slavery has never been stronger. It is urgent that progress is made and that stated commitments are translated into action.

We need to better understand the drivers behind the constantly shifting faces of modern slavery, what needs to be done to tackle it, what is working and why.

That’s why we need evidence and why we’re recommending the BHRRC registry.

Go to the BHRRC registry here.

This blog was first published by the Ethical Trading Initiative on 11 January 2017.