UK Parliamentary Investigation into The Integration of Smallholder Farmers into Supply Chains: Call for Evidence 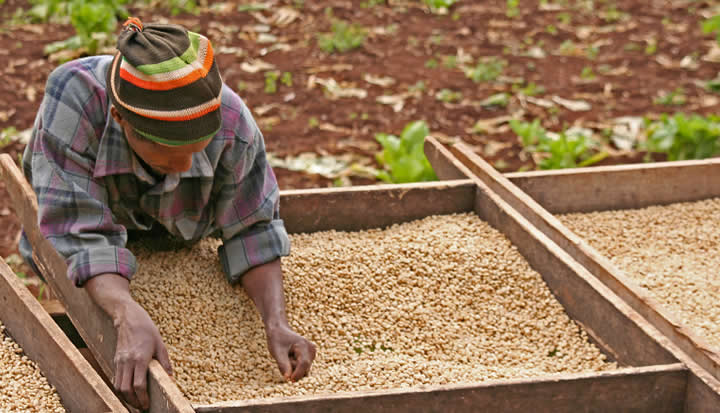 Have your say in the UK Parliament’s latest investigation

Have your say in the UK Parliament’s latest investigation


Co-ordinator, All Party Parliamentary Group on Agriculture and Food for Development

The All Party Parliamentary Group on Agriculture and Food for Development (APPG) has recently launched a new UK Parliamentary Inquiry examining existing how smallholder producers can sustainably and equitably be integrated into supply chains. The APPG would welcome the views of Business Fights Poverty members on this subject including thoughts on the roles and responsibilities of three key sectors – namely the Private Sector, Governments and Donors and Civil Society – including examples of best practice where they exist.

The Secretary of State for International Development has announced that 2013, with the UK in the G8 Presidency, will see his Department make a significant announcement on its work on Food and Hunger and we hope that our study, and therefore your comments, will directly contribute to his Department’s thinking in this area.

You can post your comments below, or submit your written evidence directly to me by email by Midday 24th February. Additional details can be found in the Call for Evidence which can be forwarded on request.

Agricultural investment continues to fill up the column inches both in the UK and in Africa. It is no longer a contentious point that African agriculture has been underfunded by both African Governments and Donors alike. Yet in recent years far more rhetoric has been placed on record for the need for sustainable investment in African agriculture and nowhere is the need more pressing than among smallholder farmers.

In 2003 African Governments stepped up and committed 10% of their budgets to agriculture, yet barely one-fifth of Governments has achieved this aim. Similarly Donors like the UK have begun to recognise the need for a renewed focus on agriculture as a key driver for economic development and poverty alleviation.

Considering that agriculture is the lifeblood of African economies and societies – with more than half a billion Africans or some 65% of the population dependent upon small or micro-scale farming as their primary source of livelihood this is not so surprising. Indeed a 2010 GALLUP poll of Sub-Saharan citizens placed agriculture as the number one issue that was spontaneously raised as a priority area for Government intervention.

At the same time there appears to be growing interest in the potential for African farmers to access markets and increase their income through involvement in the supply chains of domestic and international markets with a demand for their goods.

A number of large multinational companies, for example, have developed supply chains involving smallholder farmers which have, in some instances, been well documented. There is also an apparent growth in interest in investing in African agriculture from venture capitalists and other investors and these projects provide an avenue for that investment. Similarly, the development of local SMEs is beginning to be recognized as of equal importance as national and local private sector actors begin to integrate the outputs of smallholder farmers into their supply chains.

It is clear that the commercial potential of African agriculture is only now being recognized. Indeed the McKinsey Global Institute estimate this potential as enough to raise average annual agricultural output from $280bn dollars today to $500bn in 2020 and to $880bn in 2030, whilst at the same time creating an additional $275bn in upstream and downstream markets.

Despite this the outcomes of private sector investments to date are far less widely documented than those of civil society and national governments, thereby presenting a huge opportunity for learning and scaling up best practice in these areas. As such the study will seek to examine issues of smallholder integration at every scale and discuss what constitutes best practice from the standpoint of each stakeholder.

The purpose of this investigation is to broaden the discussion to other case studies and to look in more detail at the roles, responsibilities and interests of each of the key actors as well as smallholder farmers themselves.

The study will run from January until May this year and culminate in a short pragmatic final paper identifying the optimal circumstances for the successful integration of smallholder producers into supply chains; describing current best practice in all stakeholder groups and; outlining the key steps required to introduce and, ultimately, scale up such success stories.

The study is seeking to obtain evidence in response to several specific questions, whilst also exploring some of the broader issues, including:

We feel that this study is especially timely given the focus the UK Secretary of State for International Development has placed on private sector development as a crucial means for ensuring countries ultimate graduation from aid. Given that agricultural growth is 2-4 times as effective at reducing poverty as growth in any other sector and that 450 million smallholders worldwide currently feed over 2 billion people – that the potential of integrating smallholders into supply chains in a sustainable and equitable way can play a significant role in reducing hunger and poverty and the creation of vibrant rural economies across Africa and the developing world.

We look forward to hearing your views.

3 responses to “UK Parliamentary Investigation into The Integration of Smallholder Farmers into Supply Chains: Call for Evidence”