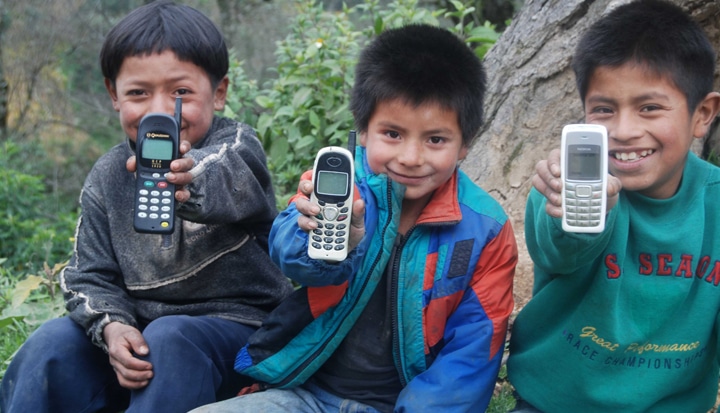 Lourdes Gallardo, Senior Specialist, Opportunities for the Majority at the Inter-American Development Bank

Lourdes Gallardo, Senior Specialist, Opportunities for the Majority at the Inter-American Development Bank

Click here for more stories about
Technology
Thursday May 28 2015


From 2000 to 2010, Latin America and the Caribbean (LAC) enjoyed a remarkable wave of sustained economic growth which helped improve the incomes and welfare of millions of people living at the base of the pyramid (BoP). According to the World Bank, nearly 70 million people increased their purchasing power significantly and 50 million Latin Americans escaped poverty over the decade. This sea change dramatically altered their aspirations, priorities, and interactions with their societies.

Yet could the upward mobility on the income ladder experienced by the BoP in the region imply a smaller market size in this segment or decreased demand for high-quality, accessible goods and services?

No. Even as the BoP population’s growth slowed down, the opportunities for doing business with them have never been greater. Not only are those living at the base of the pyramid better off than a decade ago, but today there are tens of millions of people that have increased their incomes enough to afford discretionary expenses. Many have unmet needs in education, health, housing and financial services, among other sectors.

How are families at the BoP allocating this discretionary income? Will there be an increased demand for goods and services that might have been traditionally perceived as luxuries for this segment, such as information and communications technologies? What are the opportunities for the private sector to get in on the ground floor with these budding consumers who will become Latin America and the Caribbean’s middle class in the next decade?

One key example of the opportunities that await companies willing to provide innovative products for the BoP is the telecommunications sector. Today more than 90 percent of the BoP report having a cell phone that they use, on average, seven times a day. However, 73 percent say they have standard phones – in an era when smart phones are revolutionizing industries in the developed world. The BoP in Latin America currently sees smart phones as gadgets that allow one to listen to music and take better pictures – hence most people see no added value in owning one.

The market opportunities that emerge from the low penetration of smart phones combined with higher spending in this sector by the Latin American and Caribbean BoP segment could be transformative. Telecommunication and technology companies could increase the sales and usage of smart phones, and achieve greater market penetration. They could also connect the BoP with the growing universe of application developers who have played a key role in creating new markets in developed economies – and who would be given a blank canvas to work with in these communities.

Content providers could reach this segment with educational, health and financial services apps, to name a few. For example, access to mobile health services through smart phones could allow the prevention, diagnosis, and treatment of diseases. Banking apps could allow the BoP to access credit and other financial products without going to a bank branch, which carries a high opportunity cost with respect to time and lost wages.

Importantly, the anonymity offered by mobile apps can help address the BoP’s mistrust of institutions and face-to-face interactions outside their own communities. Innovative smart phone companies that are able to offer the right value proposition to this evolving market segment – combining quality, price and the right marketing approach – will have the first movers’ advantage, as they will have created a strong brand position in the emergent Latin American middle class market.

The Third BASE Forum in Mexico City, Mexico, taking place June 29 to July 1, 2015, will connect innovative companies, thought leaders, impact investors and development institutions to ask and answer some of these key questions. The future middle class of Latin America awaits those companies that can come up with the right answers in the coming decade.

Editor's Note: This blog was previously published on Skoll World Forum and is reproduced with permission.
Previous postNext post