Time for African Governments to say I do to Innovators 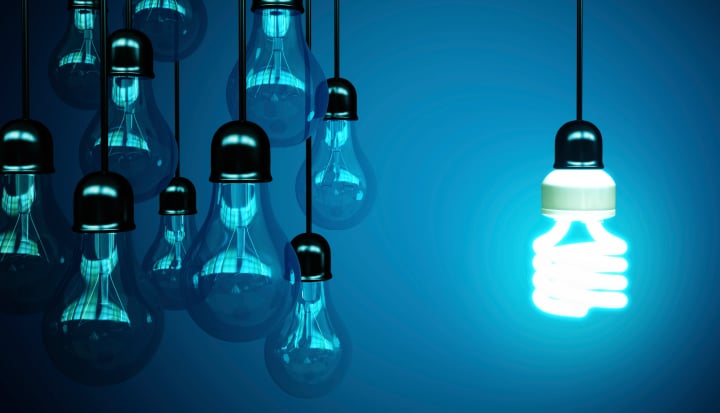 Time for African Governments to say I do to Innovators

Click here for more stories about
Technology
Thursday May 28 2015


Moraa, a 22-year-old Computer Science major at Nairobi University, wants to change the world through technology. That’s why she entered her latest idea—an app for expectant mothers that doles out on-demand advice—in a campus-wide contest to win $10,000 in startup funds.

Born in a small village far from a hospital, Moraa witnessed her mother, aunt and sister give birth at home, only to lose the babies to complications. So her app also provides users with the opportunity to buy low-cost maternity insurance coverage—at only $2 a month—to ensure that they can give birth in a hospital.

Moraa won the prize money, and with it, the opportunity to tackle a healthcare problem plaguing Kenya and beyond with the power of mobile technology. With a great name “Mamtoto” (a play on “baby mama” in Swahili), a team and a desk at the local innovation hub, she thought “this should be easy.”

Then the emails and calls streamed in, first from friendly reporters and health care providers, and then from concerned Ministry of Health officers. The officials asked to see her data protection policy, the qualifications of the medics providing healthcare advice, her tax records, and clearance from the country’s medical ethics commission. They even wanted a certificate documenting where her computer server was housed.

As a technology innovator and researcher based in Africa, I have witnessed the transformational power of technology to change the lives of the millions of its users and thousands of its creators. It not only improves livelihoods, it creates livelihoods. And I’ve seen the stunning rise in mobile use over the past ten years, hinting at an even more promising future.

In 2003 mobile connection was sketchy and mostly accessible in defined urban areas. In 2015, with over 600 million subscribers, Africa has the fastest growing subscriber base, affecting even the continent’s GDP.

Mobile innovation is now consumer driven and telecommunication companies are battling for users by providing the best services at the most cost effective rate. Mobile phones have the potential to become “the killer app” to change Africa’s development landscape.

But the regulatory environment in which mobile developers operate influences their ability to innovate, grow and make a difference.

Across Africa, the obstacles to well-crafted regulations lie in misaligned goals among innovators, technology leaders and policymakers. Those who oversee the development sectors, from healthcare to agriculture to education, that most innovators seek to improve, are not often seen as helping their cause.

I like to call the first challenge the disconnected partner. Here, innovators feel that government is not doing enough to support their ideas, particularly around legal protection of their work; the cost of doing their work and supporting negotiations with industry giants on their behalf.

It is important for African governments and regulatory authorities to become more involved, and show that they care about and support new ideas. In turn, innovators must clearly communicate these needs to the government so that the two groups can come together.

The next relationship challenge is that of the mismatched partners: information and communications technology (ICT) leaders and officials governing development sectors. Tech policies are designed to foster agility, creativity, free expression and competition. In contrast, development policies prioritize long-term rules and standards.

For example, mobile technology that aims to quickly solve gaps in the healthcare industry conflicts with strict and seemingly unchangeable rules governing patient safety and healthcare education. Such policies exist, of course, for good reason, but well-crafted regulations could enable transformative mobile technology to enter the hospital without harm.

Finally, let’s review the open relationship. “Open standards” has been a buzz phrase for a long time. There have been many proponents for governments and regulators to have loosely structured policies that allow openness. The argument is that it will enhance innovation and creativity while fostering competition.

Government regulators have understandably been reluctant to embrace openness, citing fears of data abuse However, it is important for governments to realize that ecosystems that provide openness can be created while still protecting individuals, institutions and governments.

Clearly, innovators, policymakers and regulators have a lot of work to do to ensure that they’re on the same page when it comes to mobile technology innovation. The first step towards a solution is open communication—then comes the hard work of scrutinizing the existing regulatory framework to determine how it can be fixed to meet the goals of all parties involved.

Only then can Africa create an environment that unleashes the power of mobile innovation—from Morraa’s app for expectant mothers to the thousands of new ideas emerging right now—to change life in the continent for the better.

Dr. Shikoh Gitau leads the Technology Innovations for Inclusive Growth initiative at the Africa Development Bank (AfDB). She is a New Voices Fellow at the Aspen Institute and is a member of the Clinton Global Initiative on Women Leading Women in ICT.