The Role of the Private Sector in Post-Ebola Recovery 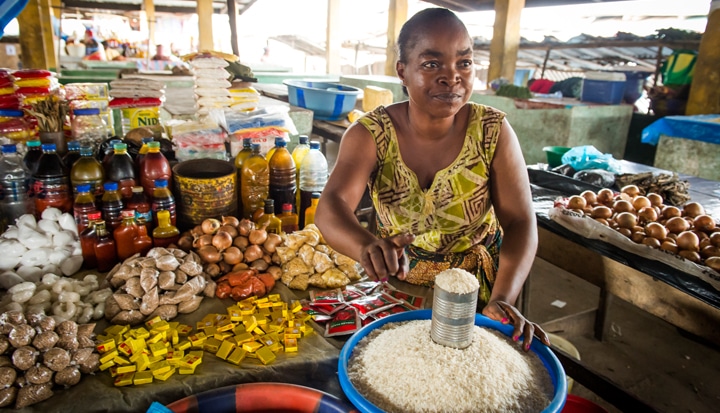 The Role of the Private Sector in Post-Ebola Recovery

Click here for more stories about
Energy
Wednesday May 20 2015


For more than one year Ebola has raged in West Africa. Thankfully, we are beginning to see the end of the epidemic with Liberia now having being declared ‘Ebola-free’ after 42 days with no new cases – and new infection rates at very low levels in Sierra Leone and Guinea. This is good news. But, the West African region is not out of the woods yet, and must be prepared to face future epidemics. Moreover, the shocks to the countries' systems, particularly economic systems, have an enduring impact.

The West African Ebola outbreak has largely been viewed by the international community as a health crisis, but at Mercy Corps we feel it is better understood as a systems crisis – the failure of health, governance and humanitarian systems to mitigate the threat of a disease from disrupting the socio-economic order of communities and multiple countries. Figures show significant impact on the affected countries’ economies with Liberia’s growth rate having been cut in half.

In September 2014, Mercy Corps undertook early market assessments in Liberia to determine the effect of the epidemic on the country’s economy, and importantly to look at the impact on livelihoods of Liberians and their ability to put food on the table. Our findings showed that many weekly markets were shut down and the amount of food getting to those that remained open was limited. Restrictions on transportation within the country made it difficult and expensive for vendors to get items and bring them to market and those costs were then passed on to the market’s customers - food was sold at prices many people couldn’t afford. 85 percent of families we spoke to were skipping meals and eating less and 66 percent told us that they had experienced a decrease in income since the outbreak began. Many people were unable to work with many businesses and workplaces closed.

In Liberia, small and medium-sized businesses account for 80 percent of the country’s economic activity and employ 90 per cent of the workforce. These businesses, both in the agricultural and non-agricultural sectors are a critical piece of the economy and will play an integral role in post-Ebola recovery efforts. We will need to build resilience from the grassroots up – encouraging private sector growth, entrepreneurship and employment.

When the Ebola crisis struck West Africa, the international private sector immediately began outreach efforts focused on their employees, their families and surrounding communities and then quickly moved to help mobilise a broader national, regional and global response. In the midst of the epidemic, the Ebola Private Sector Mobilisation Group (EPSMG) was formed to support markets as the most effective way to help Liberia through the crisis and beyond, and EPSMG demonstrated leadership by establishing early linkages between short term needs and recovery.

It is acknowledged that sometimes the private sector can act faster than governments and non-profits, and they often have trusted and established relationships and networks with local communities. In addition, their expertise particularly in the areas of critical infrastructure, technology and skills can contribute significantly to the long-term development of West Africa. Through shared-value partnerships, we can work together to ensure the Ebola-affected countries build resilience to future shocks.

In the case of Liberia, there are several key ways the private and not for profit sectors can continue to support recovery:

Liberians and all West Africans have shown extraordinary resilience and ingenuity in the face of the Ebola-crisis. As transmission rates began to decrease, market activities have resumed slowly, but we need the private sector and public sector to work together to get back to the promising growth levels the country was seeing pre-crisis.