The Journey of Total to Inclusive Energy Solutions 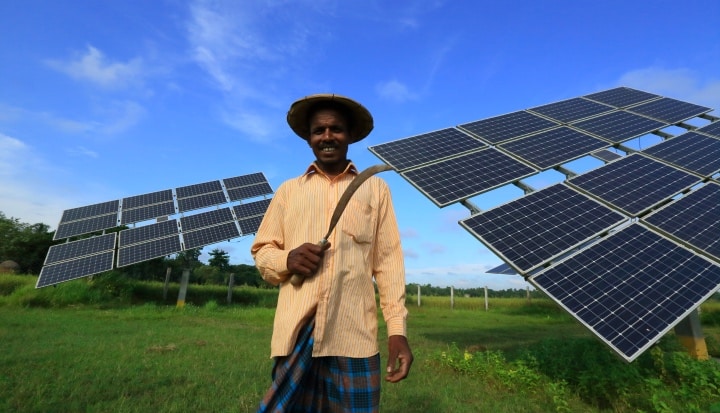 Over the last decade, many multinational corporations (MNCs) have attempted to set up inclusive businesses of one kind or another, with varying success. Despite good intentions and the investment of significant resources, few of these pilots have been successful and an even smaller proportion has reached significant scale.​


Over the last decade, many multinational corporations (MNCs) have attempted to set up inclusive businesses of one kind or another, with varying success. Despite good intentions and the investment of significant resources, few of these pilots have been successful and an even smaller proportion has reached significant scale.

Conversations with the intrapreneurs who have been leading these efforts within MNCs show that, across a variety of sectors and geographies, the challenges they have faced are very similar. Many said that learning about those challenges from others would probably have helped them avoid a few mistakes.

We cluster our learning into the following steps:

One of the most insightful examples we have learned from is the Total Access To Energy Solutions initiative (TATES) which has been launch by Emmanuel Léger and which has played a key role in structuring the solar lantern industry, having sold over 2.7 million solar lights through Total gas stations and distribution partners.

Emmanuel and the team spent over a year discussing the potential project with various stakeholders, who all reacted differently. The Communication department considered the project a risk. The Human Resources department saw it as an opportunity to create a sense of pride among the group’s employees. The Marketing and Service department, key to the project as they were the ones who could motivate gas station managers to take on the products, dismissed it as irrelevant to the core business. By taking into account the expectations and level of ambitions that each stakeholder had for the project, and getting CEO support, Emmanuel and his team ensured that they all became valuable supporters of the project. We believe that clarifying the objective and level of ambition in this way is an essential first step for any such initiative.

Step 2 is to learn from others, which Total did by co-funding Hystra’s first study - Access to energy for the BoP - in 2009. For Total, this seminal work became the basis for new programmes that have grown into full-fledged inclusive businesses today. Once Total had decided to take action in access to energy, the initial project team agreed to do an immersion with Grameen Shakti, a social business that had sold hundreds of thousands of solar home systems commercially in Bangladesh (and today over 1.5m). This was a transformative experience. Indeed, some team members could not believe that solar home systems could be sold profitably for less than $1000 (USD). Grameen Shakti’s average unit price back then was around $300 (USD). This immersion opened their minds to the fact that selling smaller products like solar lanterns could also be a profitable endeavour.

The obvious continuation of this second step is to establish a strategic fit with the core business. As Emmanuel Léger recalls, The corporate sustainable development team worked with Hystra to explore innovations in the field of access to energy, and identified the opportunity for Total to play a catalytic role in distributing solar lanterns by leveraging our network of 3,700 gas stations in Africa and the credibility of our brand with customers.’ Indeed, gas stations allowed to reach low-income customers who needed a better source of light than kerosene, as these shops were often the last formal retail points before un-electrified rural areas. When Total started to sell these products, they also became the first large regular customer for a number of lantern suppliers, thereby playing a key role in strengthening the solar lantern value chain globally.

Building an inclusive business requires true insiders who can navigate all the politics and power dynamics of their organisation and this illustrates Step 3. Emmanuel Léger sees this as one of the key factors that explained his success in setting up TATES, ‘You need to be an insider, to know the aspirations and hot buttons of the company.’ Emmanuel’s previous job was in the financial department, and this allowed him to lend his own ‘hard core finance person’ credibility to the initiative.

Step 4 is to make the pilot a success. When Total decided to launch TATES, a key discussion was on choosing pilot countries. The selections were primarily made on the commitment of the local teams, and Kenya and Cameroon are still, to date, the two best-performing countries of the programme, where most innovation has taken place.

Creating solid ties across the organisation (Step 5) was a challenge for TATES team, and some delays could have been avoided had the governance been more inclusive from the start. The initial TATES project steering committee included the Clean Energy Department and the Sustainability Department (1), who were co-financing the study, but not the Marketing and Services Department that supervises the gas station network. When the team first approached them, they said they were not interested in participating – until they understood the business opportunity. They came to the following steering committee, insisting that they should take over the whole project. They eventually found a way to move forward that was agreeable to all parties, and made sure that this critical department was indeed part of the project decision-making body – but not the only one.

The final step we recommend is to mainstream inclusive business in the organisation. While the simplest route for this is to run extensive communication, as TATES team did in releasing numerous articles in Total’s internal newspaper, the most resilient path is to truly involve employees in the initiative. TATES has been housed within the Gas, Renewables and Power division after having been incubated as a joint project with the Sustainability department. This way, the team managed to involve a broad community of employees which helped create a strong sense of ownership and made TATES hard to stop or cut. On the contrary, TATES grew organically: enlarging its scope of products and countries involved, helping in the creation of a dedicated investment fund targeting start-ups in the energy access space, and now looking at involvements at the periphery of the energy value chain (such as recycling).

In the full Multinational Corporations’ Journey To Inclusive Business report we examine this example, and a range of other cases, in more depth, providing further learnings on both the challenges and range of solutions that we have experienced with our clients. Our hope is that having in mind this list of critical factors might help future intrapreneurs navigate their organization to maximize the chance of success of their inclusive business; and ultimately, serve lower-income populations with more appropriate goods and services, at scale.

We look forward to taking part in discussions around the other Inclusive Business Boost reports, which explore many of the same issues that you will find in our report.

(1)Total has since been reorganised and these two departments do not exist in that form any more.

Biomass Supplies, a Sri Lankan subsidiary of Biomass Group – the visionary renewable energy company – is developing Sri Lanka’s abundant sustainable energy resources through innovative partnerships with the country’s smallholder farmers. Biomass has joined the Business Call to Action (BCtA) with a commitment to boost the incomes of 40,000 farmers – at least 70 percent of them women – by 2018 and improve their yields through training in sustainable agriculture practices. Read more about their BCtA commitment here.

This article was previously published on The Business Innovation Facility and is reproduced with permission.