Business Fights Poverty Oxford 2019 Purpose Zone: Why Should We Decide 31 Years Ahead of Time What Will Happen in 2050? 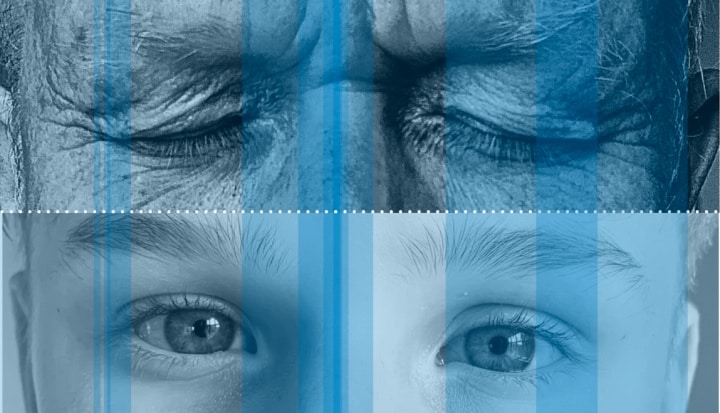 Ahead of #BFPOxford, Purpose Zone speaker Neil Gaught shares his opinion on how leaders can realign and prioritise sustainability and wellbeing to be at the core of their businesses.


Last week the UK government rejected all 18 of the recommendations put to it by a committee established to investigate, amongst other concerns, the negative impacts of the world’s second largest polluter - fast fashion. Meanwhile in Brussels the European Unionwas incapable of uniting to set a net-zero carbon emissions target by 2050 and over in Canada the Prime Minister, Justin Trudeau, gave the go ahead for the completion a controversial oil pipeline that will help ensure the survival of our world’s first placed polluter.

Despite all the evidence, despite all the activism and their own mealy mouthed rhetoric, why is it that policy makers are prepared to make such astonishing decisions?

It’s sad, but simple. In the same way that big businesses are the feeders of a system that only values the creation of wealth, policy makers are the status quo champions of another, not unrelated system, that only values success at the ballot box - whatever the societal or environmental cost. According to media reports, the Czech prime minister, Andrej Babiš, quipped on his arrival at the EU summit: “Why should we decide 31 years ahead of time what will happen in 2050?”

These systems and the self serving, one-eyed, short-term deny and delay jockeys who gain from their existence are the problem.

We need a radically different approach and an alternative that will always, always, always (yes, three times), put the long-term wellbeing of people and planet first. It can be done. This month New Zealand showed the way by publishing the world’s first “wellbeing budget”, broadening the measure of a nation’s success from GDP to an increase the happiness of its people, with non-core spending orientated to a set of “wellbeing” measures.

I believe that NZ’s lead will eventually be followed and leaders will reach the right conclusions as indicted by Latvia’s prime minister, Krišjānis Kariņš when he said “We have come to the conclusion that this is a hell of an opportunity.” But how long can people and planet wait?

The businesses we work for, we invest in and buy our goods from have the power to act now. More importantly they can act where it actually matters.

But to achieve this we need a hell of a lot more business leaders prepared to prioritise understanding why sustainability and wellbeing has to be at the core of their businesses. The first practical step to achieving that is being prepared to consign 1990’s business school thinking to the history books. The second step is to invest in a human collaborative approach that will define what is possible. And the third is getting all the functions of the business organised around an idea that will make the promise of that possibility real.

Change is not without its challenges but the benefits are immediate and tangible. The pursuit of such a goal will create more businesses that have the ability to go beyond policy makers often compromised codes of compliance. It will embolden business leaders to question the clever sustainability reports that a cottage industry of third party agencies create to hoodwink stakeholders into believing that achieving CSR standards is somehow a great feat of commercial success (see how investors are pushing back on this). It will give confidence to businesses to step out from behind their brands and demonstrate who they really are through actions not words. And finally, it will give voice to and nurture a growing generation of activist CEO’s prepared to call out the systems that are preventing them focusing the talents of their people and resources on uniting the eco-systems that the future of their businesses depend upon.

It takes guts but it can be done and the admiration generated by pursing such a course will deliver some surprisingly beneficial results, for us all.

Want to know more? If you are serious about championing change in your business and want to learn more about how to identify, define and align your businesses from the core with a Single Organising Idea that goes beyond 'greenwashing', mere compliance or brand management inspired purpose promises, we are running a short 90 minute introduction to our SOI®SparkLab program next month at Business Fights Poverty Oxford 2019: 11 July, Said Business School, University of Oxford