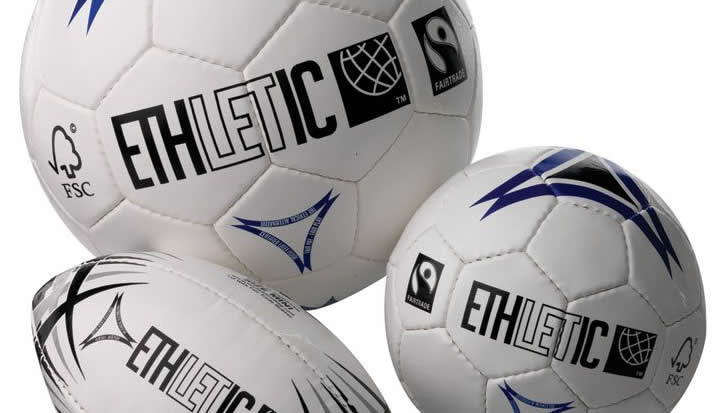 Jamie Lloyd, Founder and Co-Director at The Fair Corporation

Jamie Lloyd, Founder and Co-Director at The Fair Corporation

The manufacturing of quality footballs has changed little since the 1960s when leather balls where phased out in favour of plastic and artificial materials but the actual process of making footballs, stitching the panels together by hand, has changed little over decades. The stitching process of making a football is still typified by high levels of human labour; all good quality footballs are hand as opposed to machine stitched and it takes a day for a good football stitcher to make just 4 -5 footballs.

This is why the football industry has been tainted by accusations of child labour and poverty wages. A UNICEF report from 1998 pointed out that football stitchers in Pakistan where receiving as little as 20 pence per ball and child labour was endemic in the industry.

The challenge for Fairtrade football production was to challenge the twin evils of poverty wages and child labour while positively engaging with producer factories to develop best Fairtrade practice. This was relatively easily done by improving the wages of adult football stitchers (what parent would send their children to work if they didn’t have to?) and by applying a Fairtrade football premium to every ball made. Even though each ball raises relatively small amounts in premiums, the multiple nature of the business meant that premiums rapidly built up to form a fund that can widely support health and welfare projects for workers and their families in Pakistan.

To date Fairtrade football premiums have paid for a modern medical clinic with two full time doctors and free prescription medicines. The premiums also pay for microcredit loans so that Fairtrade football stitchers can start their own small businesses and ultimately leave the export economy. Examples and case studies outlining how Fairtrade premiums are spent can be found on our web site.

While the vast majority of footballs are hand stitched in Pakistan the encroachment of non hand stitched balls is well under way and moulded balls used in recent tournaments have drawn huge amounts of criticisms from players and managers, not least for their apparent inability to fly straight.

This blog was first published on the FairCorp website, and is reproduced here with permission.

To mark the London 2012 Olympics, we have teamed up with Kourage Athletics to bring you a series of exciting blogs about the power of sport to fight poverty. Read more here, and please share your own stories!

2 responses to “The Fairtrade Football Story”