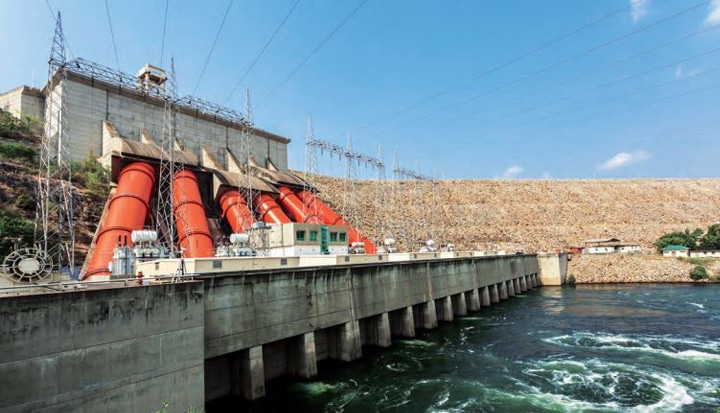 
The spotlight on the investment opportunities created by Africa’s glaring infrastructure deficit has been getting ever brighter. Due to decades of under-investment in core infrastructure sectors, demand for infrastructure now massively outstrips supply, and that demand is forecast to continue.

The United Nations estimates that the population of Africa is set to more than double from the current 900 million to 2.1 billion by 2050, and to quadruple to 3.9 billion by the end of this century. Sub-Saharan Africa will consume nearly 1,600 terawatt hours of electricity by 2040, four times what was used in 2010.

At $8.1 billion in 2014, the total value of all private equity deals on the continent is accelerating, according to the African Private Equity and Venture Capital Association. US$2 billion was invested in utilities alone, but there is a long way to go before investment keeps pace with demand. In the power space alone, if every country in Africa builds what it needs, the region would require more than $800 billion in capital – about $490 billion of capital for new generating capacity, plus another $345 billion for transmission and distribution.

Infrastructure is a focus sector for CDC. As the world’s oldest development finance institution we have been investing in Africa since 1949 with twin objectives:

To achieve a lasting development impact, primarily by creating jobs.

CDC does not view these objectives as mutually exclusive and to achieve them we provide capital in all forms – debt, equity, guarantees and mezzanine finance – to businesses in Africa and South Asia. CDC has a well-established funds business and is among the largest limited partners in Africa. We also invest directly.

Outside of South Africa, power consumption in Africa averages 124 kilowatt-hours per person per year, or just about enough to power one light bulb per person for six hours a day. To put this context, a large freezer consumes the same amount of power in a single month. In the coming years, rising urbanisation and growing consumption will mean that power demand will continue to grow strongly.

Following the global emergence of new models for the power sector and the introduction of independent power projects (IPPs) in the 1990s, reforms in Africa have not been far reaching. Only around 20 IPPs have been developed across the continent. The parameters for collaboration that are taken for granted in other geographies – such as well-defined and tested regulation, government capacity and experience, a transmission infrastructure, credible off-takers and a liberalised market – are often lacking in Africa. Additionally, grid availability is frequently limited to major cities and there are overall system inefficiencies.

Even when these conditions are in place, it can take over five years to reach a point where construction can begin. Red tape, technical challenges, regulatory agreements and financial and political instability all contribute to extremely long time frames for development and consign many projects to premature failure.

As a result there is a critical shortage of investors and companies doing earlier stage project development. Most large players focus on later-stage developments. The earlier-stage development is often done by under-capitalised local developers who lack the support and clout of a business that operates at scale. Put simply, it is too risky for strategic players, too long-term for private equity investors, and too capital intensive for smaller developers to make an impact.

Development finance institutions (DFIs), such as CDC, can accept more risk than commercial players, are not constrained by finite time horizons, and have the financial strength to persist with the challenges inherent in bringing power projects to the construction phase. A recent example of this approach is CDC’s joint partnership with Norwegian DFI, Norfund, to take direct ownership and control of Globeleq Africa, Africa’s leading independent power producing company. By refocusing Globeleq on earlier-stage development, Norfund and CDC aim to bring more projects to the construction phase and expand access to reliable electricity in the region. If successful, the new strategy will result in over 5,000MW of new generating capacity in the next 10 years.

Sub-Saharan Africa needs well-capitalised investors with a long-term view, focused on developing power projects and a willingness to partner with high-quality local teams. Development finance institutions can play an important role in tackling this challenge, and in addressing the shortage of electricity in Africa.