The Business Approach to Battling Malaria 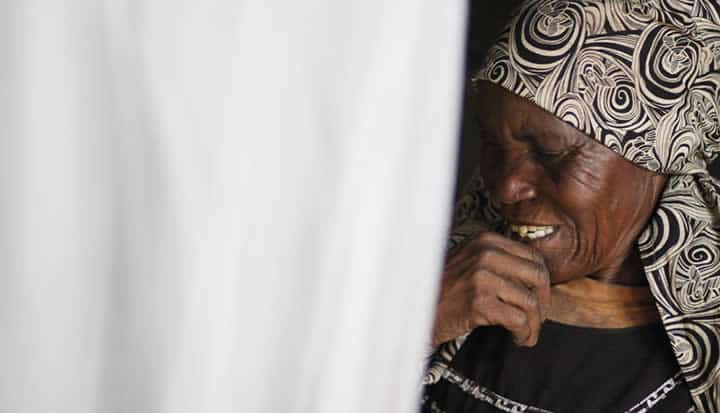 The Business Approach to Battling Malaria


Malaria has been making the headlines in the past few days with stories on insecticide resistance growing internationally and the numbers of mosquitoes rising in the UK. Here at Malaria No More UK we have been marking World Mosquito Day on August 20 – the moment when 114 years ago British Doctor Ronald Ross discovered it was the mosquito that carried the malaria parasite.

The statistics are stark: malaria claims 781,000 lives every year, with over 90% of all deaths in Africa. Those most vulnerable to malaria are children under five and pregnant women; a child dies from malaria every 45 seconds. Meanwhile since 2008 we have seen British cases of malaria rise 30% amongst people returning from visits to see family and friends or on business. The top three places Brits have caught malaria have been Nigeria, Ghana and India.

Malaria not only devastates families and their household incomes, it also exacts a heavy toll on businesses and economies. In malaria endemic countries it makes workers less productive, increases their absenteeism and keeps employer healthcare spending high. Communities bear a heavy burden from the disease due to the impact on the health of their workforce; losses in household and business savings; obstruction of the availability of local resources, investments and tax revenues; and strained public health budgets.

Earlier this year, Roll Back Malaria (RBM) published a report showing private sector investment in malaria control saves lives, reduces costs and improves economic returns. Business Investing in Malaria Control: Economic Returns and a Healthy Workforce for Africa documented how companies in Equatorial Guinea, Ghana, Mozambique, and Zambia have worked to prevent malaria among their workers and workers’ dependents and have seen significant reductions in malaria-related illnesses and deaths, worker absenteeism, and malaria-related spending. Three companies in Zambia made dramatic progress in a 10-year period, decreasing malaria cases and absenteeism by more than 90%. Malaria-related spending at the clinics of the three companies cited in Zambia decreased by more than 75%.

Malaria No More UK works with a number of different companies to both protect their own workforce and to publicise the threat of malaria. One example is the partnership we developed with Source Trust the global not-for-profit organisation of Armajaro, Cocoa producers, which strives to improve livelihoods in cocoa farming communities.

The Armajaro trucks that transport cocoa from the famers to the ports were used to make the return journey carrying nets at no cost. Using a premium raised from the sale of cocoa to chocolate manufacturers, Source Trust was able to raise enough money to fund the purchase, distribution and training needed for a large-scale bed net distribution. Malaria No More UK helped Source Trust find a company to supply the nets and organised for our local partner NetsforLife to train all key employees to ensure the nets are distributed and hung correctly. So far Source Trust and Armajaro have purchased and distributed 75,000 bed nets to farmers in Ghana.

Projects like this one illustrate that malaria is preventable and treatable, and success is possible. There was a 20% decline in malaria-related deaths between 2000 and 2009, while 11 African countries experienced a drop of at least 50% in malaria burden over the same time period. In 2010, 485 children’s lives were saved every day thanks to malaria prevention tools such as mosquito nets and sprays.

Earlier this summer, the RBM partnership launched a report on funding for malaria research and development. The report outlined the significant progress made in recent years in terms of developing new drugs, devising tests to diagnose the disease, and promoting the use of nets. It also discussed the prospect of the first vaccine against malaria, which is currently in third-stage trials in Africa. Product Development Partnerships (PDP) have been a crucial component of this success.

The report stressed the importance of continued research and development funding if we are to sustain and accelerate progress in the fight against malaria. Malaria No More UK made a short film interviewing some of those most closely involved.

Of particular concern is the current underfunding for diagnostic tools and vector control, a measure aimed at avoiding transmission of the disease in the first place. As the media reports this week noted, we currently rely on a relatively small number of insecticides to protect ourselves against mosquitoes and to prevent the spread of malaria. To sustain and accelerate progress in the future means investing now in the development of new insecticides. RBM estimates that a further three million African children can be saved by 2015 through universal coverage of prevention tools such as nets and sprays.

On the ground we continue to make progress. In Ghana, the government is aiming to provide nets for everyone by the end of 2012. I recently met our Ghanaian colleagues to discuss the projects we are supporting alongside the British, American and Ghanaian governments. The Ghana partnership has already distributed over 2.5m nets to help protect over five million people from malaria since May 2010 with more distributions planned shortly.

Meanwhile on 12 September, RBM will publish a new report, launched by the UN secretary general, setting out the latest gains in the fight against malaria. Businesses have been part of the success of the past decade of Roll Back Malaria and are central to future success.

Join the team to Beat The Mozzy!