Expand the Evidence Base at the Bottom of the Pyramid 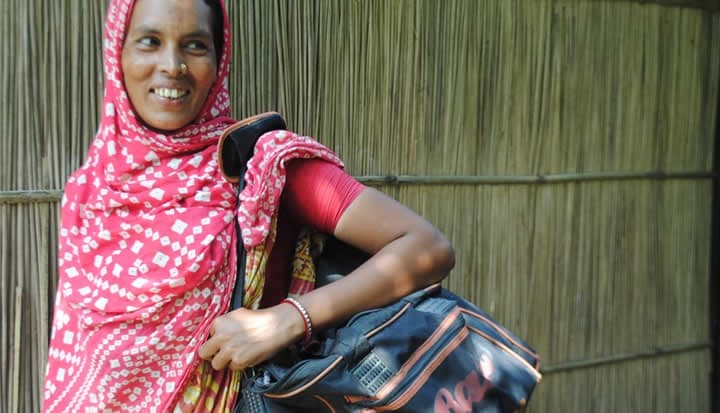 Expand the Evidence Base at the Bottom of the Pyramid

If we want to differentiate between responsible capitalism and business as usual in market based approaches to international development we need to expand the evidence base at the bottom of the pyramid.

This was one of the conclusions drawn by seven panelists from the world of business, strategic management and development policy who participated in an Oxford University debate on May 3rd about the merits and risks of the Bottom of the Pyramid approach, chaired by Simon Maxwell.

Panelists speaking on either side of the debate agreed on one point, that making markets work for the poor means producing better evidence of the intended and unintended consequences of doing business at the BOP.

When the evidence base is dominated by the stories that businesses tell about themselves, the debate concluded, it is difficult to know how the BOP approach transforms existing local markets for goods and services, and what kinds of risks, vulnerabilities and inequalities it creates.

Championing the BOP approach Jack Newnham, project director at the UK’s Business Innovation Facility said, ‘What we’d like is a better evidence base for policy discussions.’ Renowned critic of the BOP approach to development and management scholar at the Michigan Ross School of Business, Aneel Karnani, agreed. ‘The BOP approach is empirically weak. We need more research to understand what outcomes the BOP approach actually produces on the ground,’ he said.

Organised by social anthropologists from the Universities of Edinburgh, Oxford and Sussex this event saw the launch of a new website (www.responsiblebop.com) that aims to bring empirical research on bottom of the pyramid interventions to a wider audience.

Joining Jack Newnham to speak in support of the idea that business interventions aimed at the extremely cash poor offer opportunities to do good while doing well was Unilever Vice President of Communications Patricia O’Hayer and Business Fights Poverty CEO Zahid Torres-Rahman. On the opposite side of the debate Aneel Karnani was joined by War on Want Executive Director John Hilary, LSE social scientist Kate Meagher and independent activist John Madeley.

The champions of the BOP approach spoke of the excitement and energy being generated by social business ventures. They pointed to a rapidly growing portfolio of social enterprises or business initiatives that are delivering goods and services to the poor and argue that these initiatives are meeting the universal aspirations of poor people to ‘get a job’ or ‘grow a business’.

Meanwhile their critics called for these initiatives to be subject to increased regulation, transparency and accountability. They questioned the appropriateness of turning the poorest of the poor into consumers and asked what kind of opportunities were actually being created by BOP markets, arguing that these invariably precarious and low value jobs in production or distribution.

Opening up the floor for a discussion Simon Maxwell fielded wide-ranging comments from social entrepreneurs, policy makers, students and academics, among the audience.

Pushed to say whether they thought it was at all legitimate for businesses to sell products to the poor, panelists agreed that it depended on what those products were, in which context they were being sold, and what other kinds of products they displaced.

Consensus emerged around the need to widen the evidence base on which support for BOP business initiatives is based. This might involve examining the extent to which becoming an ‘entrepreneur’ or a ‘consumer’ is experienced as empowering in the long term, it might mean asking how social enterprises transform actually existing markets, it might mean asking what kinds of employment opportunities are actually created by large-scale social entrepreneurship, and whether poor people end up paying more for public goods that are financed by private money.

As Simon Maxwell concluded, while BOP approaches are now firmly established as a means of bringing about development outcomes the debate is only just beginning.