Stepping Away From the Rat Race to Give Back... for a Year 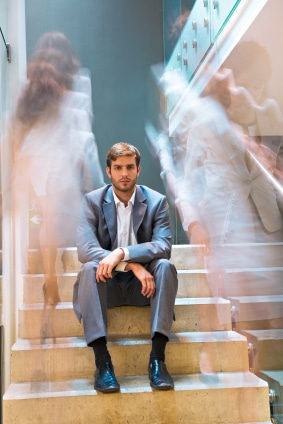 Stepping Away From the Rat Race to Give Back... for a Year


Employee volunteer programsare one thing, but what about centering your entire enterprise around service? It might sound like a pipe dream, but San Francisco-based Fuse Corps is making it happen.

Fuse Corps is dedicated to helping entrepreneurial professionals spend a year supporting governors, mayors and community leaders across the country to drive meaningful social change. The company identifies local projects that serve a national need (such as education, economic development or health care), then recruits and deploys highly-skilled professionals and entrepreneurs to help develop and implement innovative solutions.

Fuse Corps sponsors this change to the tune of $90,000 per annual stipend, allowing selected “fellows” to make a difference at the state and local level in a high impact/high profile project. While $90,000 sounds like a lot of money -- and it is -- this actually represents a pay cut for many of the people working with Fuse Corps. But these funds are sufficient to allow Fuse Corps to attract top talent, giving its fellows a year to do nothing but improve their communities.

“Ten years ago this couldn’t have happened,” says Jennifer Anastasoff, co-founder and CEO of of Fuse Corps (along with the likes of the co-founder of McKinsey’s Social Sector Practice, Lenny Mendonca, author and entrepreneur Peter Sims, and Points of Light executive, Ayesha Khanna). However, she notes, Millennials entering the workforce are demanding that their employers provide them with ways to give back to the communities where they live, making corporate community outreach a necessity for attracting top talent. Indeed, the Millennial generation has taken the baby boomers’ 60’s idealism and paired it with their 80’s entrepreneurism to find innovative, market-driven solutions to the major problems confronting humanity.

Fuse Corps chose its first five fellows in March of this year, selecting from a pool of a hundred of the most motivated and impact-oriented applicants for their program. The results stand as powerful testimony to the benefits of breaking down the walls between the private and public sector, which allows for creative problem solving and innovative solutions. “These boundaries are just not as important as they used to be,” says Anastasoff.

What do these fellows have in common? Drawn from different backgrounds and different sectors of the economy, there is necessarily a lot of diversity among this crowd. However, Anastasoff did identify some areas where there were common threads that successful fellow applicants shared, including a history of relentlessly pursuing results; a successful track record of entrepreneurship or business management; and a sense of flexibility and humility that allows fellows to recognize themselves as serving the community and able to make compromises where needed in the name of getting things done.

Proof is the ultimate test of one’s results, and while the program is less than a year old, the last several months have indicated that Fuse Corps has a bright future. In addition to attracting top talent in the world of social engagement and entrepreneurism, the company has been able to place its fellows in situations where they can have a measurable, tangible impact while also raising enough money to keep the program going.

“While some of the fellows who take sabbaticals from full-time employment return to their jobs after the year is over,” says Anastasoff, “others will be looking for another way to give back full time once their fellowship has ended.”

More than just another blip on the corporate philanthropy map, Fuse Corps might well represent the future of community engagement. Which is why Fuse Corps is such a perfect partner for A Billion Plus Change, a national campaign to mobilize billions of dollars of pro bono and skills-based services from corporate America. Indeed, Fuse Corps is a key participant in A Billion Plus Change’s upcoming “Innovations in Corporate Service” thought leader summit in Palo Alto, which will serve as a special celebration of skills-based and pro bono volunteerism. The conference will gather A Billion + Change pledge companies to learn about emerging service trends, such as public-private collaborations, the growing role of the Millennial generation and new innovations that the technology community is introducing to the field of corporate service.

A Billion + Change has already secured nearly $1.8 billion in corporate pledges and 12 million hours of time and talent to pro bono programs. If your company would like to take the A Billion Plus Change pledge, go to www.abillionpluschange.org for more information.

Leveraging Corporate Social Responsibility to Save the World, That'...