Improving the lives of workers and producers through global value chains – what are some of the necessary conditions? 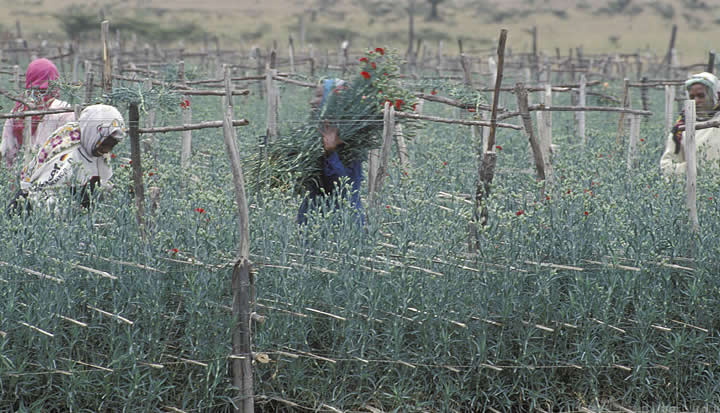 We are all aware of companies in the North that source in developing countries. For decades, campaign groups have put them under pressure for poor working conditions in their global value chains. But what happens when the lead firms in those global value chains are themselves based in the South? Do the same pressures exist to improve working conditions within Africa, Asia and Latin America?

The importance of global value chains to the lives of millions of poor people cannot be ignored. Over US$2 trillion sales in manufacturing and services are now conducted through global value chains - much more if agrofood is included. Lead firms coordinate their value chains, linking activities from production, through distribution and logistics to retail. They provide jobs and incomes for many millions of workers and small-scale producers. The main target consumers have long been in Europe and North America, but increasingly they are in emerging economies.

Capturing the Gains is an international research network housed at the Brooks World Poverty Institute, at the University of Manchester. It includes an extensive network of 40 researchers in 15 countries. Its research has examined what opportunities exist for promoting economic and social upgrading which benefits workers and small-scale producers in global value chains. The focus has been on agrofood, apparel, mobile communications and tourism. Research has taken place at a time when the terrain of global value chains is shifting South. Regional and domestic value chains are rapidly expanding within Africa, Asia and Latin America.

What is economic and social upgrading?

Quality matters in global value chains. Standards are generally higher in value chains linked to the North, but still prevail in higher volume lower price markets. The combined pressure of cost and quality has mixed outcomes.

On one hand, producers bear the burden of meeting quality standards, on top of rising input costs. As global production networks expand through multiple tiers of outsourcing, there is a continuous process of casualisation of labour to offset costs and reduce price. Often third party labour contractors are used. Many workers are low paid and work in precarious conditions. In extreme cases this can involve forced labour and trafficking.

On the other hand, the prevalence of standards and need to raise productivity requires more skilled labour. With economic growth skilled workers have more options. Many sectors from garments to horticulture face a skills shortage, even at lower tiers of the value chain. Codes of labour practice have helped to improve working conditions in exports to the North. The skills requirement puts pressure to improve working conditions in wider markets. Regular workers who are trained have seen improvements in many value chains.

The bargaining position of workers in global value chains is often weak. They are poorly organised and lack voice. But in some countries workers are becoming more aware of their position, and beginning to mobilise for higher wages and better conditions.

Garment Workers in Bangladesh: Increased productivity has contributed to higher wages and improved working conditions for garment workers. This outcome was produced through workers’ struggles, pressure from buyers and government action to increase minimum wage rates.

Horticulture Workers in Africa:Long campaigns and unionisation has helped flower workers obtain employment contracts and better conditions in Kenya and Uganda. Casualised fruit workers in South Africa have recently protested for a doubling of the minimum wage so that they can reap more of the benefits in a high value industry.

What the research has shown, across four sectors (horticulture, apparel, tourism and mobile phones) is that no one actor can work in isolation if economic and social upgrading in value chains is to become a reality for the millions of workers. It will be through engagement of all actors - companies, trade unions, NGOs and government - that we see results. Alliances between stakeholders are critical.

Capturing the Gains is holding a Global Summit in Cape Town (3-4 December). The aim is to engage all stakeholders in formulating action plans to promote upgrading in global value chains that are rapidly shifting. Plenary sessions will be webcast on BFL and more information on the programme and those participating can be found at http://www.capturingthegains.org/summit/