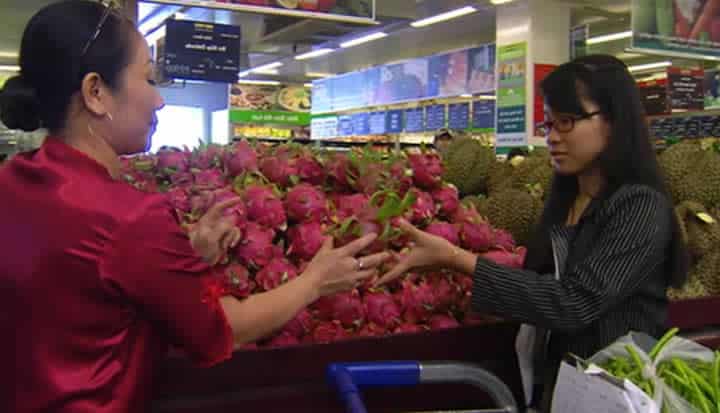 
European Development Days, an annual event hosted by the European Commission and held in the Belgian capital, Brussels, is Europe’s premier forum on development and international affairs. In 2012, the meetings addressed inclusive growth, resilience, and private sector engagement, with a special focus on new partnerships and innovative financing of anti-poverty solutions.

One high-level panel discussion forming part of this year’s European Development Days in October considered the challenge of strengthening rural economies in developing countries in order to meet the challenges of the population explosion, climate change, water scarcity and competition from non-food crops. The starting premise for this discussion was that promoting value chains is an effective tool but that this requires private sector investment and engagement.

The panel discussion offered the opportunity for an in-depth exchange of views and ideas between representatives of the public and private sectors, and development agencies involved in sustainable agriculture, value chains, and smallholder support programmes.

Opening the discussion, Mohamed Ibn Chambas, Secretary General of the African Caribbean and Pacific (ACP) Group of States, said, “If more SMEs and small-scale farmers are to have a viable future, there is a need for concerted efforts by governments, NGOs, civil society, the private sector and donors to work together to create an enabling environment for their development.”

Panelists considered what needs to be done to ensure poorer producers and workers benefit from participation in local, regional and global value chains.

Apollo Owuor, Director of Agriculture and Corporate Affairs at Kenya Horticultural Exporters, explained how small farmers in Kenya had been able to reach the standards required by the European market. “Aligned partnership with some of our customers in Europe has given us the leverage to be able to give opportunities to most smallholders to participate in the supply chain, and that is pretty much why our business is becoming very successful,” he said.

Rashid Mamu, director of Nyemo Investment, a medium-sized oilseeds producer in Tanzania, underlined the importance of capacity-building support in sector development. “With the support of SNV we have been able to lobby our government, which has now acknowledged the oil seeds sector as a priority commodity in Tanzania,” Mamu said.

“We want to move from being an importer to an exporter of edible oil (in Tanzania) but first we want to supply national demand.”

Hans-Jürgen Matern, Head of Sustainability and Regulatory Affairs at Metro Group, one of the world’s leading retailers, said, “As a retailer, we need hundreds of products but a lower volume than some of our competitors. So, we want to be close to the producer. Many of them have high-quality standards, but not all of them. So, we need to help them produce what the consumers want. And we also exclude the middle-man, who does not care about quality.”

Metro Group works in partnership with UNIDO in the framework of the Sustainable Supplier Development Programme, which aims to enable clusters of suppliers in developing countries to gain access to profitable new market opportunities and establish long-lasting business linkages with potential buyers,

Both Matern and Van Ooijen expressed their companies’ belief that their producers were potential consumers, with Matern saying, “The social benefit of our caring about small producers is that they are potential customers. We treat them how we would treat them if they were in our shops.”

Gerardo Patacconi, chief of the Cluster and Business Linkages Unit at UNIDO, expressed his satisfaction with the discussion, saying, “Small Farmers, Big Business is very strategic for UNIDO, in view of our growing partnership with the European Union and the private sector. UNIDO’s participation in the event provided a great opportunity for enhancing our visibility, as well as for expanding the possibilities for fund mobilization and networking.”

“The partnership between UNIDO, GIZ, SNV and COLEACP has proved to be very successful, and the European Development Days have provided an excellent opportunity to further explore mutual areas of interest and to build on the momentum gained by continuing and expanding UNIDO’s cooperation with the European Union,” said Patacconi.

Christophe Yvetot, the UNIDO Representative to the European Union, was also upbeat about the event. “Five years ago, such a discussion would not have been possible because the European Union was, at that time, reluctant to talk about private sector investment and involvement in development,” he said.

Yvetot expressed his hope that the event would help UNIDO to further develop its position as a bridge between small and medium-sized enterprises in the North and those in the South.

This blog first appeared on the UNIDO website and is reproduced with permission.

Charles ArthurWikipedia: Charles Arthur was an Australian cricketer, who played for Tasmania. Although he only represented the state in one match, he has the distinction of having participated in the first ever first-class cricket match in Australia. →