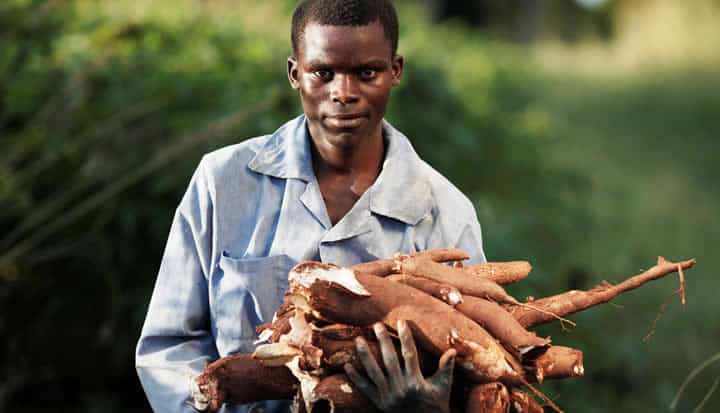 
SABMiller plc, one of the world’s largest brewers, today announced the launch of the first ever commercial-scale cassava-based beer. The beer, ‘Impala’, will be brewed in Mozambique by SABMiller’s local subsidiary, Cervejas de Moçambique (CDM). The launch marks the latest step in SABMiller’s ambition to create a portfolio of high-quality, affordable beers made using locally-sourced raw materials for lower income consumers in Africa.

Impala is brewed using 70% cassava and is the result of several years of research to overcome the challenges of processing and brewing with cassava, which grows widely across Africa.

Mozambican farmers potentially produce more than enough cassava than is required for domestic consumption, but the surplus has never previously been used to brew beer because of the logistical challenge of collecting the roots from smallholder farmers who are widely dispersed, along with its rapid deterioration immediately after harvesting. Cassava is an excellent source of starch, but starts to degrade almost immediately after it is harvested, which, together with its high water content, makes it unsuitable for transporting over long distances.

SABMiller has partnered with DADTCO (Dutch Agricultural Development and Trading Company), which has pioneered an innovative solution in the form of a mobile processing unit (AMPU) which travels to the cassava growing regions and processes the root in situ, preserving the integrity of the starch.

Mark Bowman, Managing Director of SABMiller Africa, said: “We estimate that the volume of the informal, unregulated alcohol market across Africa could be up to four times that of the formal market. By using locally-sourced raw materials, we are able to create high-quality, affordable products for consumers who would otherwise be drinking informal or illicit alcohol. At the same time, Africa’s agricultural potential is enormous, but currently under-exploited. The private sector has a critical role to play – by creating market opportunities for subsistence farmers in our value chains, we are able to increase their productivity allowing them to feed their families and generate an income for the first time.”

Peter Bolt, Managing Director of DADTCO said “The rural regions we are targeting are extremely poor and the farmers have previously struggled to sell more than a bag of cassava every two weeks. By creating a sustainable, vibrant market for their crops, buying from them direct and helping them to improve their yields, there is no doubt that this project will have a significant impact on their lives and the local economy.”

Approximately 40,000 tonnes of raw cassava will be used annually in the production of Impala, creating new employment for over 1,500 smallholder farmers and their families. DADTCO will manage the cassava production value chain and the agricultural extension services will be provided by IFDC, a public international organization assisting farmers across Africa. IFDC is helping these subsistence farmers by transferring technology and knowledge of agricultural best practices so they can increase the productivity of their land, growing more cassava and increasing their incomes. The public-private partnership between DADTCO and IFDC is supported by funding from the Directorate-General for International Cooperation (DGIS) of the Netherlands.

In recognition of the potential long-term contribution that the brand will make to agricultural and economic development the country, the government of Mozambique has agreed a reduced excise rate for Impala. This, along with the reduced input costs provided by the use of locally grown cassava allows Impala to be sold at a price point equal to 70% of mainstream lager.

SABMiller is committed to promoting responsible drinking and seeks to work with governments, NGOs and other stakeholders to address the harm caused by the minority of people who drink to excess, drink while under age, or drink and drive. By creating an affordable, regulated, high-quality beer the company is providing consumers with an alternative to illicit alcohol, and is better placed to deliver the responsible consumption messages and accurate product information which are a part of its commitment to responsible marketing.

The project is part of ‘Farming Better Futures’ which encompasses SABMiller’s agricultural programmes across Africa and involves countries such as Uganda, Tanzania and Zambia and includes sorghum and barley farmers.

2 responses to “SABMiller launches first ever cassava lager in Mozambique”