Rushanara Ali MP: Do you know where your clothes come from? 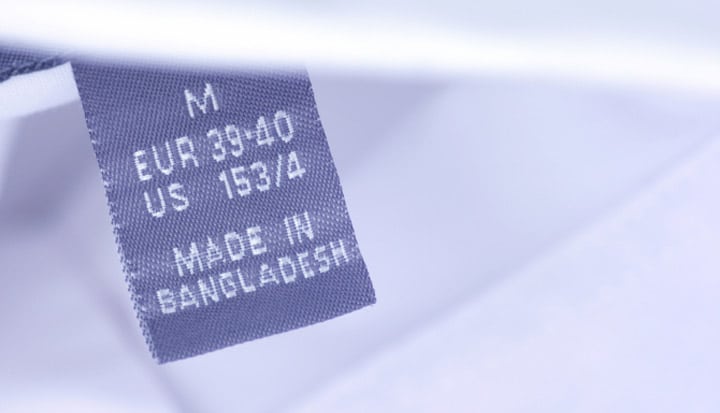 Bangladesh is changing so rapidly – I see this every time I visit. Growth rates are at about 7% a year and it is now one of the countries identified by Goldman Sachs investment bank as ‘The Next Eleven’ (or N-11) - countries who have the potential, along with the BRICS, to become the worlds largest economies in the 21st century. (The others are Egypt, Indonesia, Iran, Mexico, Nigeria, Pakistan, Philippines, South Korea, Turkey, and Vietnam).

But there is a guilty secret at the heart of the booming economy. The garment industry is responsible for 78% of Bangladesh’s economy and the majority of workers are women. The garment factories occupy huge areas of the capital Dhaka, as well as the export processing zones in the south of the country, and the goods travel to all corners of the world, not least the British High Street.

Women in these factories earn around £1 per day producing an incredible 120 pairs of trousers an hour and 50 shirts a day. Believe it or not, this wage rate is double what workers were paid a year or so ago, before the government and manufacturers agreed to increase the minimum wage after unions and workers took to the streets and violent protests erupted.

I travelled with CARE International UK to see how CARE has been working with a handful of international companies including GAP, Timberland and Walmart to empower female workers through education and leadership training.

, Labour Shadow Minister for International Development visited garment workers in Bangladesh with CARE International UK. The garment workers are receiving education and leadership training with the help of CARE Bangladesh. In this film she explains what role she thinks big business has to play in development and urges UK companies to adopt more ambitious and comprehensive approaches to pro poor business.

I wanted to find out how private sector companies can support development, what their role is and what it could be. There has been a lot of coverage over the years about factory conditions, but meaningful action that addresses worker rights as part of company’s core business models remains patchy.

Companies need to pool their resources to address worker conditions - not only do they have a lot to gain in productivity but also in terms of image and brand, which is as much about how they treat their employees as the kind goods they produce.

During an evening class with female garment worker in the slums of Dhaka, I met a number of young migrants who relished the opportunities they got from the classes. Their new skills were ensuring not only that they could read the numbers and cutting patterns they were required to follow (which means less mistakes and re-runs at the factories, saving them money) but they were also able to secure better pay through increasing their skills and moving up the ladder.

Small scale initiatives like those I saw seem to show real benefit. The challenge for the private sector is to build on this work and help to spread them – work with local partners and NGOs to ensure a dignified life for the millions of workers not yet reached.

These women are the backbone of the Bangladeshi economy with somewhere between 15 to 20 million people indirectly depending on their income. If the high growth rates being experienced in Bangladesh are to really benefit the poor and bring about the wider changes in stability and governance that Bangladesh urgently needs, then national and international companies must focus on ensuring their business models both make a profit and provide a social benefit. The companies involved in CARE’s efforts are clearly seeing the benefits of this type of approach. It's time for more UK companies to adopt these more inclusive models to prove that business really can work for poor people.

Rushanara Ali is Labour Member of Parliament for Bethnal Green and Bow, House of Commons, UK

5 responses to “Rushanara Ali MP: Do you know where your clothes come from?”