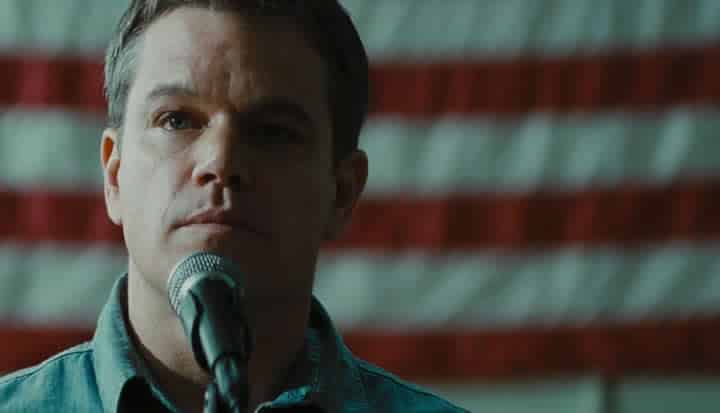 
Big business tries to squash small town America. Against all odds, small town America prevails. Sound familiar? It’s been a staple story line of many Hollywood movies, and audiences love it. The most recent version of Dr. Suess’ The Lorax uses the plot to powerful and entertaining effect, much to the delight of my kids. The next offering from Jeff Skoll's Participant Media (? la The Inconvenient Truth), paints a similar, though considerably more sophisticated, picture. The Promised Land, which is accompanied by a well-organised campaign, sees Steve Butler (Matt Damon) and Sue Thomason (Frances McDormand), as two slick corporate execs from a natural gas company, descending on a small rural town in search of drilling rights and corporate expansion.

When Participant Media first asked me to blog about the movie and the campaign on Business Fights Poverty, I have to admit I was hesitant. After all the hard work that members of this community have put into unpacking technical issues around how to harness business for positive impact, do we really want to swing the discussion back into a back-to-square-one discussion on whether business is good or evil?

In the end – and I would be very interested in your thoughts – I came to the view that it is important for us to engage for two reasons. First, the fact is that public sentiment is deeply embedded with an anti-big business bias. From outrage against Starbuck’s tax behaviour to our appetite for movies that cast corporates as the bad guys, this is the reality of the context in which practitioners like us work. How can we shift the needle on opinion in the US and elsewhere towards something more constructive? How come I don’t see the same anti-private sector, anti-profit sentiment when I travel in the developing world?

Perhaps the answer lies at least in part in the second reason that I think we need to engage. For all those that are committed to promoting responsible business (and that’s all members of Business Fights Poverty – both those working in business and with business), I believe we need to be better at calling out and addressing irresponsible business (including in the context of the heated debate on "fracking" - the focus of the movie). Perhaps this is the key to unlocking a more balanced debate that recognises the hugely positive contribution that business can make (and the ever-growing set of data and case study evidence to support this).

The Promised Land Campaign – which “explores America at the crossroads where big business and the strength of small-town community converge” – asks people to “share a personal story about a change you’ve witnessed, been a part of, or instigated”. An interactive Action Pack toolkit includes information that allows individuals to learn how they can make a difference, stories of changemakers, and a video allowing them to experience the power of Facebook in connecting others to spark action through the Facebook Connect Experience.

So I encourage you to share your views and to get involved, but with the aim not only of fighting irresponsible business behavior, but also defining, encouraging and celebrating responsible business and the hugely positive impact it can have for all of us, small town America included.

Promised Land is in theaters now in the US, and is due for release on 19 April 2013 in the UK.

Disclosure – This article is sponsored through Linqia. All thoughts are those of the author and do not necessarily reflect those of Linqia or Participant Media. Any revenue raised through this campaign will be donated to the Business Fights Poverty Kiva Group.