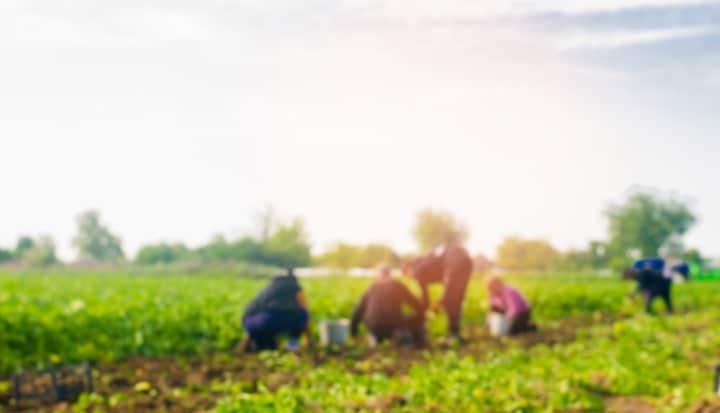 COVID-19 is having huge economic impacts, which are felt across all segments of society and all sectors of the economy in countries across the world. But hardest hit will be those working in the gig economy and informal sectors.


The scarcity of coronavirus test kits means that most people who fall ill will not get tested until they have serious health problems that require hospitalisation. This is a perfect storm for the two billion people globally employed in the informal economy: you are unsure whether you have the virus; you may not be at health risk yourself; your life depends on your job; and you are asked to forgo at least a proportion of your income to save other people in your society. How likely are you to comply with the government recommendation?

Who is most vulnerable to the economic risks of COVID-19?

Everyone faces difficult moral choices in the face of this epidemic, but they are hardest for workers in the so-called  “gig economy” in the advanced market economies – those on temporary or flexible-hours contracts, without job security, and self-employed – and unregulated, informal sectors of the economy. Workers in the gig economy often directly or indirectly work for large, formal corporations while those in the informal economy are often self-employed. While distinct, they are similar as both impose insecure employment. In the UK, 4.7 million people worked in the gig economy last year. Worldwide, roughly 60 percent of the population is employed in the informal economy, where they lack job security and labour rights. Most of these people are in low- and middle-income countries, where the virus is slowly beginning to spread.

African nations have the highest proportion of people in the informal economy at 86 percent, while those in Asia, the Arab States and the Americas are 68 percent, 69 percent and 40 percent, respectively. Many of these people live in informal settlements, making the risk of infection higher and don’t have access to effective and affordable health care. They lack health insurance and face the choice of going without treatment or incurring high medical bills that can impoverish their family.

High-income economies also have increasingly precarious, insecure employment. Amid reports of airlines on the verge of bankruptcy and governments making arrangements to support corporations at risk, many millions of small business owners, self-employed, and precariously employed people are concerned about what will happen to them when their countries go into lockdown: “Will I get paid if I cannot work because I have to self-isolate?”, “What happens when my family loses my paycheck?”.

It is unclear the degree to which support packages announced, for instance, by the governments of the UK and the US will protect these particularly vulnerable people. The UK government announced it will pay up to 80 percent of wages for employees unable to work due to the pandemic but says extending that support for those who are self-employed is still ‘under review’.

The economic impact of COVID-19 will depend on how the economy is structured. On the one hand, the large size of the informal and gig economies will be a source of resilience as the formal economy faces major financial difficulties and supply chains come under strain. On the other hand, workers in the gig economy in the advanced market economies face immense uncertainty and deprivation. For those workers, no work means no income. In the UK, for instance, not being able to pay the rent leads to homelessness. Once homeless, individuals find it very difficult to bounce back because everything, from a bank account to cell phone contract, requires a residential address.

The mortgage holiday announced by the UK government, aimed at the middle class, does nothing for the more precarious renting class. In countries that lack universal health coverage, no paycheck means that people cannot afford hospital bills for themselves and family members. They may hesitate to seek help until they are seriously ill, which exacerbates the strain on the healthcare system and may accelerate the virus’ spread.

People’s economic concerns powerfully influence their response to disease risks. People living from paycheck to variable paycheck face a stark choice when asked to self-isolate for more than a couple of days. How many people can forgo a very large proportion of a month’s income? For those who are not at risk – i.e. those who are not elderly, immune-compromised or pregnant – what is the motivation to self-isolate and risk their family’s livelihood?

As the virus moves toward Africa, Asia and Latin America, we will inevitably see more and more people bearing severe health consequences, not just because of limited access to healthcare, but also because they are forced to prioritise their economic needs and concerns over their health. It is not because they are irresponsible and ignorant citizens. But because the economic system is not working for them and does not enable them to act to reduce individual and public health risks that they are very much aware of.

Solidarity is the way forward

Countries across the world, including industrialised nations, must recognise the impact of economic insecurity on people’s responses to infectious diseases and public health. Government efforts to prevent negative impacts of infectious diseases like COVID-19 must consider the economic well-being and security of individuals and families that allow them to make the decision for not only themselves but also their societies.

It is not enough to disseminate information about the disease and preventative measures or to try to “nudge” individuals towards good behaviour. Collective threats require responses of collective solidarity. Local communities have been leading the way, as with countless spontaneous self-organised groups working together to assist vulnerable, isolated neighbours in the UK. Governments need to follow the example and ensure that those who are most vulnerable in society, not just medically but also economically, are supported.

One of the most radical yet feasible measures for a number of countries would be an emergency Universal Basic Income (UBI), as more than 500 political figures and academics from around the world called for in an open letter, last week. This would not only help the most precarious workers in the economy, allowing them to weather the storm financially. It would also alleviate the strain on businesses resulting from salaried employees being unable to work. They could deduct the UBI and thus reduce the sums that governments need to spend on supporting businesses. Crucially, it could help reduce the spread of the virus if no one is forced to work for money while risking other people’s lives.

Crises, such as COVID-19, can be a turning point for challenging the status quo and improving it. Can we make this crisis an opportunity to think about a different economy that gives individuals the right economic incentives in times of crisis? For instance, in the UK, public investment that reduces individuals’ economic risks has been severely cut in the last decade. Calls for UBI, meanwhile, have moved far into the political mainstream in recent years. Many low and middle-income countries have also neglected their health services and measures to eliminate poverty. The UK’s National Health Service has suffered from a decade of extreme under-investment. We need to use this crisis to review these policies and broaden our thinking about the well-being of societies. We must start to build the post-COVID-19 world now.

This article was previously published on the IDS website and is reproduced with permission.