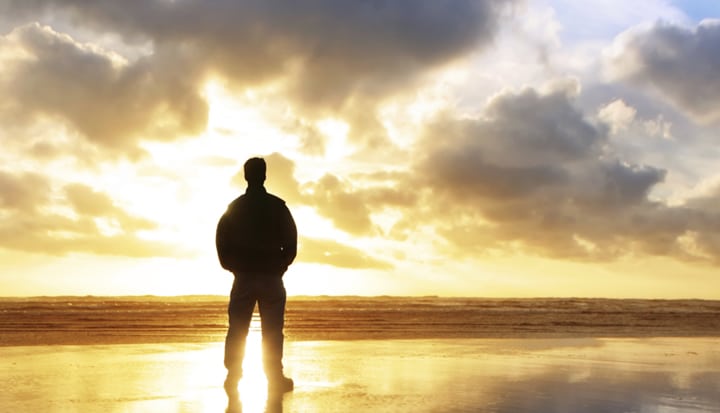 
There’s been plenty of discussion and debate in the past week or so as people have chewed over the report from Ban Ki-moon’s High Level Panel and its recommendations on the shape of the UN’s Post 2015 Development Framework.

But what does this week’s news tell us about a longer term trend? About how the role of leaders is changing?

Although the high level panel’s report only contains recommendations, and the final decisions will be made by governments, it is certainly of more than passing interest that a UN High Level Panel co-chaired by Liberian President Sirleaf, Indonesian President Yudhoyono and UK PM Cameron counts among its number civil society leaders, academics and the likes of Paul Polman, CEO of Unilever, and Betty Maina, CEO of the Kenyan Association of Manufacturers.

And a much wider group of business leaders have been closely involved in the process – Paul Polman asked leaders like Nestlé’s Peter Brabeck, PepsiCo’s Indra Nooji, DSM’s Feika Sijbesma and GSK’s Andrew Witty to give him detailed perspectives on what they thought the panel's report should say on water, energy, health, food security and nutrition. And I’ve had chance to be a fly on the wall in CEO roundtables convened by the UN at the World Economic Forum in Davos and numerous other countries around the world, where CEOs from some of the world’s most influential companies have had long, in-depth conversations on what the Post 2015 goals should be, and what the architecture to achieve them should look like.

When did it become normal for individuals who don’t hold government roles, and business leaders in particular, to play such a central role in shaping such influential policy decisions?

Think back to the 1970s. The prevailing view was that government leaders dealt with society’s challenges. Business leaders’ priority was to keep their eyes squarely on their industry and focus on making money. Broader societal issues were seen as none of their business, and to get involved would only add cost.

Fast forward to the 2010s and much has changed. Not only have civil society organisations become much more influential, but so has a much more globally-integrated private sector. In 1970, the world’s biggest economic entities were all countries, but now a sizeable number of them are private companies. Now there is a widespread view that most big challenges are pretty hard for governments to address on their own, and that a much wider group of actors need to be at the table.

CEOs' thinking about fundamental business models has been changing too. The 1980s saw business adopt the model of ‘maximising shareholder value’, as a way of fixing some of the problems of poor profitability in the 1970s. But as business leaders have seen first hand the weaknesses of this model in the past few years, many have begun experimenting with alternatives, like Michael Porter’s ‘creating shared value’ approach – developing strategies that focus primarily on creating value for wider stakeholders to ensure they generate return for shareholders in the medium and long term as well as the next quarter.

All these shifts have had some pretty fundamental implications for the kind of leadership role leaders are now finding themselves having to play.

For one thing, the much greater economic clout and influence of globally-integrated business has thrust business leaders, whether they like it or not, into a far more overtly ‘political’ kind of role in global geopolitics – you might say as much ‘statesman’ as ‘businessman’ (leaving aside the unfortunately gendered nature of these terms).

Ten years ago, when these forces first started pushing business leaders in this kind of direction, many rejected this new role, and it got them and their companies into trouble – think big pharma and the mess it got into on access to medicines at the end of the 90s. Now, more and more business leaders seem to be embracing this new role, and finding themselves, like Polman, playing a significant leadership role at the heart of global decision-making.

We’ve been leading a programme of research around this at Ashridge Business School for several years now. We partnered with the International Business Leaders Forum to talk with some of the CEOs who’ve been at the forefront of this trend in recent years – we asked them what their experience said about how the role of a business leader is different now from what it was in the past.

What came through very clearly from their experiences was that it is essential that business leaders today have a nuanced understanding of the major societal forces shaping our world, and a genuine personal passion for running a profitable business out of serving the interests of wider society; that helping address societal challenges through their core business is the primary means by which they create value, not a source of cost, and at the heart of their job description.

A quite different view on the role of a business leader compared with the norm of a generation ago.

And they were also clear that doing this well means getting involved in activities that require a different skill set. Not only are CEOs and senior leaders now playing some very specific roles in leading innovation and change within their own organisations, they’re also now playing a much more significant leadership role in wider society too. As a result they are finding it much more important to be able to engage meaningfully with multiple constituencies and relate well with all kinds of different actors in society, and to be able to engage in public and political debate with a point of view. And effective skills in partnering have also come to the fore, whether that be with policymakers, public sector leaders, mutli-laterals and civil society, or all at once.

The role of government, public sector and civil society leaders has been changing at the same time too, with the same new emphasis on skills for cross-sector partnering and collaborative approaches, and a mindset that is open to the potential of what the private sector can contribute to the wider good.

Our research on the role business leaders are playing in the Post 2015 process adds more detail. What I’ve seen from the meetings I’ve been in and the interviews I’ve been doing with CEOs participating in the process is that:

What implications does all this have? Some might feel some unease at business leaders playing this kind of role in the way decisions get made. But given that so many of today’s challenges cannot be addressed without the private sector, at least the way the global landscape looks today, it must be a better thing that business leaders are engaged than not.

But at the same time, it is still only a fraction of the world’s business leaders that are playing this new kind of leadership role, a much larger proportion are still operating with an outmoded blueprint of what today's leader’s role needs to be – witness how many leaders have recently been finding themselves in an indefensible position on their approach to paying tax, and some quarters of the business community are still putting a great deal of money into lobbying to stop stronger carbon legislation. So there is also a need to understand how best to support and educate today’s and tomorrow’s leaders in this new world, so that more understand how to play the kind of leadership role required today more effectively – another area where Ashridge has been leading research in partnership with the UN Principles for Responsible Management Education initiative.

It’s an open question how much influence the High Level Panel will have on the actual intergovernmental negotiations which will decide the final set of Sustainable Development Goals, and in what ways business leaders and leaders from other parts of society will end up influencing that over the next year or so. Ashridge Business School’s research will continue to follow the role business leaders play in the process over the next two years, so please let us know what you think the most important questions for us to be exploring should be.

Matthew Gitsham is a Fellow of Ashridge Business School’s Leadership Centre and director of Ashridge’s Centre for Business and Sustainability. He is currently leading research on the role business leaders are playing in shaping the Post 2015 UN Sustainable Development Goals.