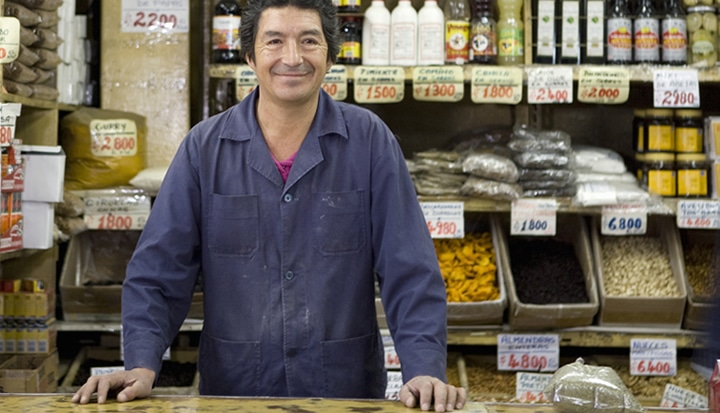 
Today the Aspen Network of Development Entrepreneurs launches our 2012 Impact Report. The annual report highlights new data on the increase in investments in small and growing businesses (SGBs) as well as other trends and challenges that the sector faces. For the first time this year we’re holding launch events not only in the United States, but also in the four regions where we have a physical presence. By doing so we hope to draw further attention to the potential of small and growing businesses to create jobs, stimulate long-term economic growth, and produce environmental and social benefits.

A week ago, we held a pre-launch event in México City, where I am based, and the key themes of this year’s report definitely resonated with participants.

The report identifies three key opportunities within the sector globally, all of which are aligned with recurrent themes in Mexico and Central America: early stage businesses, women entrepreneurs and agricultural SGBs. Attracting capital is a challenge for entrepreneurs everywhere, but particularly start up capital. In our research we found that have of 162 funds globally that target small and growing businesses, only 6% provide start up stage finance. This is certainly the case in Mexico where the ongoing GIIMAP initiative has also highlighted this as one of the biggest challenges for the Mexican sector. At the same time, many in the sector are working to address this challenge. The report highlights the Vox Labs initiative, which is a partnership between Artemisia Social Business and Vox Capital to provided early stage capital to businesses through a convertible debt structure. Here in the Central America/Mexico region, several organizations are using funding from the Argidius-ANDE Finance Challenge (AAFC) to pilot financial products that mitigate the risk of capital in this early stage.

The report also highlights the importance of women entrepreneurs, but some of the additional challenges they face. Women represent over 50% of the population in all Latin American countries [1]and their commitment to family and education make women entrepreneurs a strong bet for high impact in the region. And interestingly, new data in the report, based on a small sample of businesses supported by ANDE members, shows that while women continue to have challenges in raising capital, their businesses on average create more jobs. In Central America and Mexico more than 25% of our members have specific programs to support women entrepreneurs. One of these programs is the Oxfam WISE fund, an investment fund directed specifically to women entrepreneurs which is having its pilot program in Guatemala. The last opportunity that is covered in the report agriculture. The impact that agricultural can have on rural and emerging economies can be revolutionary if the value chains are well structured. The agribusinesses that link producers to markets represent one pathway to smallholder finance: a recent study by Dalberg Global Development Advisors found that agricultural social lending has the potential to grow from around $9 billion ($350 million of which is provided through social lenders) to $33 billion with a mix of short- and long-term financing. This is particularly relevant for the Central American and Mexico context where 20% of the working population works in agriculture.[2] ScopeInsight with the AAFC fund has started to unlock this potential with their current project in Central America, which creates profiles for small agricultural farmers in order to close the gap between them and financial institutions.

ANDE launched the Central America/Mexican Chapter in 2012. Strategically it makes sense as 65% of ANDE’s 180+ members focus on Latin America. 27% percent of funds that have launched in the past year are looking for investments in Latin America and increase since the last two years, which had been 17% and 11%. The GIIMAP initiative has identified 200 organizations in Mexico alone that are working in this sector. The Impact Report launch event was an opportunity for us to further engage with the local business community in Mexico City and share the ANDE story. Overall, we are encouraged by opportunities to expand our footprint in the local eco-system and further strengthen the network for small and growing businesses.