Pascal Lamy on Aid for Trade 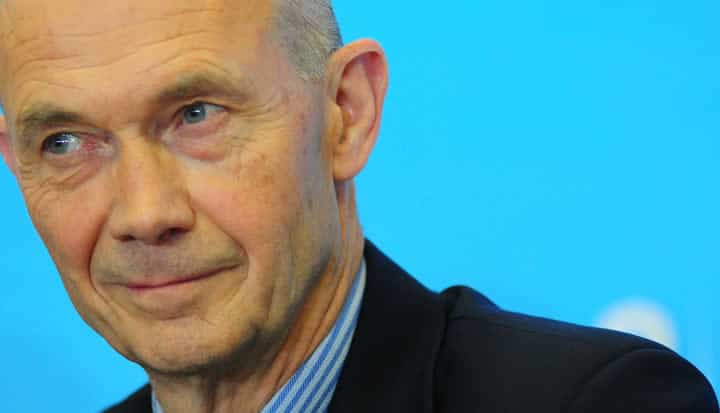 Aid for Trade is as relevant today as it was when the Initiative was launched at the Hong Kong Ministerial Conference in 2005. Developing countries, and in particular Least-Developed Countries (LDCs), have made measurable progress in their participation in the global trading system. But for many, this participation still remains too narrowly focused on a limited range of exports (often primary commodities). And prospects for further integration into the global economy continue to be hampered by a range of supply-side and trade-related infrastructure constraints.

But there have been some bright spots. Annualized over the period 2005-2011, the volume of world merchandise trade grew by some 3.7 per cent – albeit with a sharp downturn in 2009. For many developing countries, growth rates over this period have been much higher. For example, LDCs merchandise exports grew by 4.6% annually. By contributing to mobilise the potential of developing countries to participate into world trade, Aid-for-Trade can reasonably claim to have played a part in this expansion, and in particular for LDCs.

Examples cited at the Third WTO Global Review in July 2011 illustrate how Aid for Trade can be effective in building infrastructure, addressing supply-side constraints and putting in place the necessary regulatory systems that developing countries need to facilitate their participation in the global trading system. The range of activities profiled were substantial across a wide spectrum of countries and sectors.

Successive monitoring exercises since 2007 have also highlighted progress in promoting coherence between trade and development objectives. This has two components: “mainstreaming” trade into the national and sectoral development strategies of developing countries – and galvanizing support from development partners to help address trade-related development objectives identified by countries themselves. The initiative has also sought to highlight the importance of effective monitoring and evaluation of the outputs and impacts of Aid for Trade assistance.

Since the Aid-for-Trade Initiative was launched in 2005, over US$200 billion has been mobilized in funding to help developing countries participate in the global trading system. Figures from the OECD highlight that the annual Aid-for-Trade funding envelope has grown by 80% in real terms since 2005. This figure would increase further the trade- related assistance offered by South-South partners was included.

Particularly gratifying has been that some US$60 billion has been directed to the world's poorest countries. They have been one of the notable beneficiaries of increased Aid for Trade funding. Between 2005-2010, Aid-for-Trade funding to them doubled from US$6.8 billion in 2005 to US$ 13.6 billion annually.

Yet the job is far from complete. For example, despite their recent impressive growth, the 49 LDCs still only account for 1.12% of global trade. And many other developing countries continue to need assistance to overcome their supply-side constraints; small and landlocked economies are particular cases in point.

We also need to understand how Aid for Trade can best contribute to enhancing developing countries’ growth prospects in a global economy increasingly characterized by complex production networks in which production of goods and services has been unbundled into many different component parts. A global division of labour based on comparative advantage in trade in tasks has complex trade and development policy implications. One such policy consideration is the under-recognized role of services, not just in the global economy, but also in development more generally.

WTO is actively collaborating with the OECD to explore the policy questions raised by value chains. This will be the central theme for the Fourth Global Review of Aid for Trade: Connecting to Value Chains on 8-10 July 2013. The Fourth Global Review will be informed by research work on value chains and a monitoring exercise that for the first time is being extended to the private sector. (For further details, click here)

Fiscal pressures are mounting among key donors. The funding outlook for development assistance (of which Aid for Trade is part) is muted. As part of their Multiyear Action Plan on Development, G-20 leaders committed to maintain Aid-for-Trade expenditure at 2006-2008 levels. Notwithstanding this pledge, we need to make the case for continued Aid-for-Trade funding – not just from traditional donors, but also from south-south partners and explore how to bring the private sector into the picture.

The OECD’s Policy Dialogue on 16-17 January is an important opportunity for the Aid for Trade community to gather and discuss the way ahead. To identify how best to address the on-going challenge facing many developing, and in particular LDCs, on how to integrate into the multilateral trading system and to benefit from liberalized trade and increased market access.

I hope the OECD Policy Dialogue will give renewed impetus; impetus for the Fourth Global Review of Aid for Trade and a strong mandate to continue the Aid for Trade Initiative when WTO Ministers meet at the Bali Ministerial on 3-6 December 2013. It should also give renewed impetus to ensure that Aid for Trade continues to positively impact the trade and development prospects of developing countries in the most effective manner.

3 responses to “Pascal Lamy on Aid for Trade”